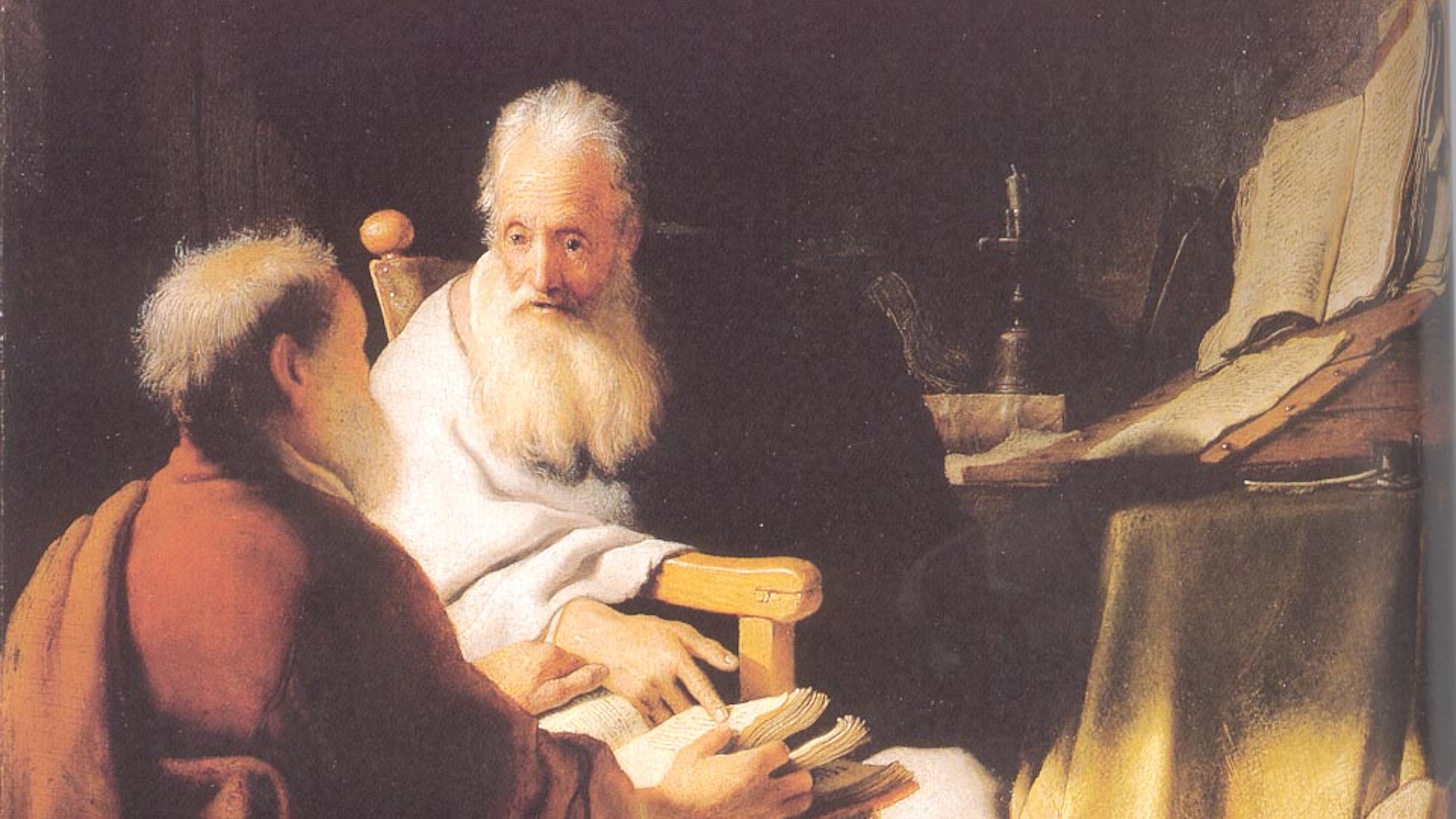 When a Paul Finds a Timothy

The relationship between Doug Bartlett and Jeff Dail follows a biblical pattern.

Raised in a broken home, Jeff Dail started abusing drugs and alcohol as a teen to help numb his emotional pain. Then his three brothers ended up in prison, and his father was killed during a drunken poker game. To make things worse, Jeff’s wife, Lisa, told him she couldn’t take it anymore. She wanted a divorce.

Feeling as if his life was about to spin out of control, and desperate for answers, Jeff asked Lisa if she would be willing to visit a church that was located across the street from their house in Mount Olive, North Carolina.

Jeff had never been to a church, so he had no idea what to expect when he and Lisa slipped into the back row on that April morning in 2002. He was afraid the people at Mount Olive First Pentecostal Holiness Church would judge him for his past sins, but instead he felt welcomed and accepted.

Jeff was overwhelmed. “We were greeted with hugs and love by a group of people we didn’t even know!” he remembers. “I had never experienced that kind of genuine love in my life!”

At the close of the service, Jeff timidly raised his hand to acknowledge that he wanted to follow Jesus. A few days later, Pastor Doug Bartlett showed up at Jeff’s front door. The two sat in Jeff’s living room and talked about salvation, and then Pastor Doug led Jeff in a sinner’s prayer. At age 29 Jeff began his journey with Christ. Lisa, who came from a Catholic background, immediately decided to do the same.

Today, 19 years later, Jeff is the pastor of the Mount Olive church—and Doug Bartlett often sits in the congregation, listening to his younger disciple’s sermons.

“Jeff considers me his spiritual father, and I consider him my spiritual son,” says Doug, who now serves as assistant superintendent of the IPHC’s North Carolina Conference. “I am so proud of Jeff. The Mount Olive church continues to grow numerically and financially, and Jeff is winning souls and discipling others.”

Doug had no idea that Jeff was a future pastor when they first prayed together. But Doug and his wife, Anne, began mentoring Jeff and Lisa immediately. There were months and years of conversations, new members classes, discipleship groups and impromptu prayer times.

Doug got in the habit of inviting Jeff to tag along with him during various ministry assignments. Jeff was receiving specialized, on-the-job training from someone who saw his potential.

“What really impacted me the most was how Pastor Doug would open his schedule and give his time for someone like me,” Jeff says. “He would invite me to ride with him on visits and he would invite me to join him on ministry assignments.” Eventually, because Jeff was growing so fast, he was tapped to lead the church’s Celebrate Recovery ministry.

Finally, Doug began asking Jeff to preach for him. “And the more he preached, the more we all realized that he would probably lead a church one day,” Doug says. Jeff eventually enrolled in leadership training classes and was ordained. In 2009, he joined Mount Olive’s church staff.

It wasn’t long before Doug could see that Jeff was qualified to be his successor. He was installed as senior pastor in 2015.

“I thank God for connecting me to one of the most loving and gracious men I know,” says Jeff. “I will always be grateful that Pastor Doug saw something in me that I didn’t see, and he was willing to allow me to share life with him so I could grow spiritually.”

The apostle Paul told Timothy, “The things which you have heard from me in the presence of many witnesses, these entrust to faithful men who will be able to teach others also” (2 Tim. 2:2, NASB). Doug Bartlett and Jeff Dail are a modern example of this biblical principle of relational discipleship. Today, Jeff is carrying on his mentor’s legacy by investing in others.

“Pastor Doug taught me about faith,” Jeff says. “He showed me compassion. He taught me there is power available in the Holy Spirit. He taught me how to pray. Now, one of my main priorities is to multiply leaders. I try to replicate the process that Pastor Doug used with me.”

At 62, Doug is at an age when some ministers are thinking of slowing down. But he realizes there are many more young people like Jeff and Lisa Dail who need hands-on mentoring and coaching.

“My biggest regret about my time as pastor of Mount Olive,” says Doug, “is that I did not do more of this mentoring during my 17 years there.” He hopes his experience with Jeff Dail—and the obvious fruit that is multiplying today—will inspire many other leaders to become intentional disciple-makers.