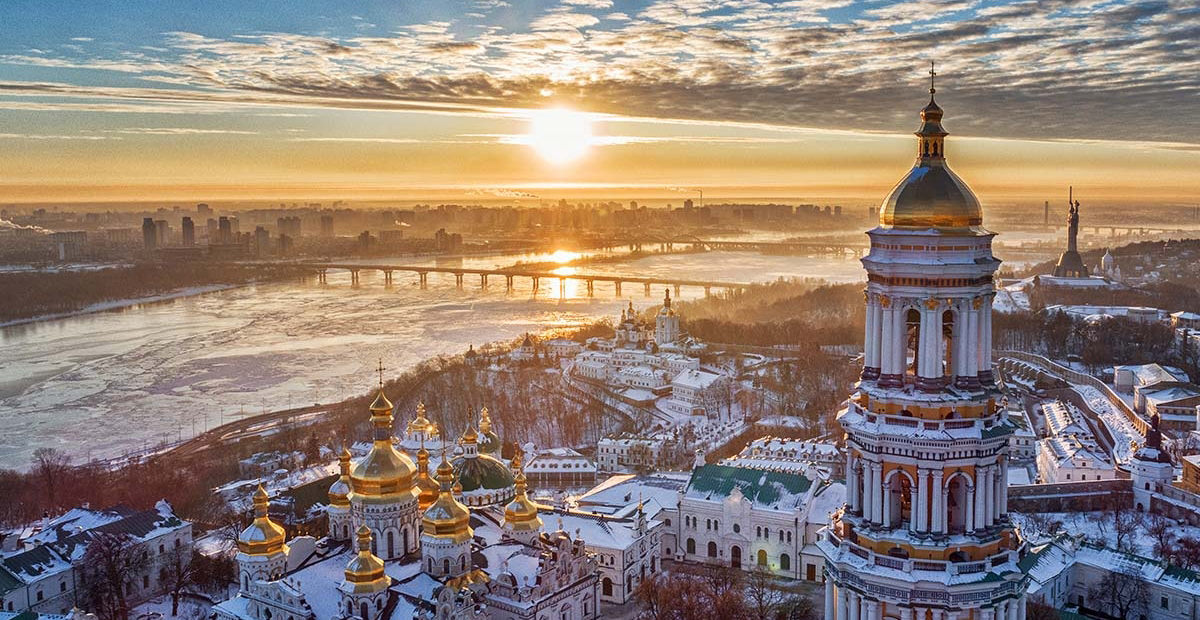 Give to Ukraine Relief

After initial questions from Bishop Beacham, Reshetinsky updated the participants on the deteriorating political situation between Ukraine and Russia, the church’s ongoing work in Ukraine, and how US Christians can best support that work. Then the group prayed for Reshetinsky and the people of Ukraine, asking God to bring peace and provide for the needs of the church.

“We stand with you and the people in your churches,” Bishop Beacham said at the outset. “We’re praying that God would stop this violence before it starts, and that God’s peace would reign in the country as He reigns in your hearts.”

Ukraine has experienced this situation many times before. A 1994 agreement between the United States, the United Kingdom, and Russia guaranteed the security of Ukraine after the country surrendered its nuclear arsenal. Since 2014, Russia has violated the terms of that Budapest Memorandum because of the strategic importance of the Crimean Peninsula. This ongoing conflict last led to open fighting in 2014, when Russia annexed the Crimea and sent troops to secure the area. The resulting unrest cost the country thousands of lives.

Despite this latest threat of invasion, Reshetinsky believes Ukrainian evangelical Christians have rightly placed their hope in God.

“The prayer of evangelicals will stop this war,” he said, “not the politicians.”

Members and churches of the IPHC have already provided some help for Ukraine. In recent weeks, the IPHC’s World Missions Ministries raised more than $120,000, and Europe’s regional director, Bob Cave, said more than half of that amount has already been sent to Ukraine. And if war is averted, he added, the money won’t disappear.

“All the funds we raise will go to Ukraine,” Cave said. “Any remaining funds will support evangelism and church planting.”

Despite the lack of cultural support for Protestant churches, IPHC Ukraine has seen significant success in evangelism efforts. More than 70 churches have been planted since 2014 in a country roughly the size of Texas. Additional evangelism opportunities come from benevolence ministries like Barnabas Ministries, which provides meals and support for anyone in need.

At the close of the call, Bishop Beacham urged continued prayers for the church in Ukraine.

“We need to pray for wisdom and strength for Bishop Reshetinsky and other Christian leaders. We need to pray for encouragement and peace in the churches and the country, so that the exciting work God has begun in Ukraine can continue. And we need to give generously so that churches can meet physical needs.”

To give to this project, visit IPHC’s Give site.