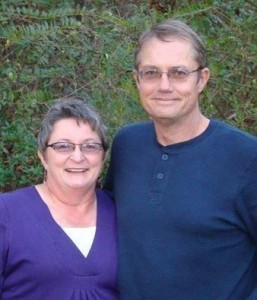 was born on July 2, 1958 in Ardmore, Oklahoma, the second of two children to Juretta and Jesse D. Thomas, Jr. She grew up in Davis, Oklahoma, where she graduated in 1976. She attended East Central University in Ada before transferring to Southwestern Oklahoma State University and graduating in July 1981 with a bachelor’s in pharmacy. It was during her senior year that her best friend, Karen Akerman, introduced Alesa to her brother, Gary. They were married two years later on October 23, 1982 in Davis, Oklahoma. They have twins, Larissa and Thomas, who were born October 30, 1984.

Alesa accepted the Lord at a young age and faithfully served Him throughout her life. She ministered in her local church as a Missionette leader, Sunday school teacher, youth director, drama coach, Women’s Ministries president, and praise and worship leader.

In 2000, Gary and Alesa accepted the call to missions and began serving with World Missions Ministries and continued until the fall of 2014. After spending one year in language school in Costa Rica, they accepted their first assignment in Honduras as People to People coordinators for Latin America and the Caribbean. They later transferred to Costa Rica until 2009. Upon hearing the need for workers in South Sudan, the Akermans began to work with a newly established ministry, Hope4Sudan, to establish a medical clinic, school and People to People feeding program for the destitute in this war-torn region.

Alesa radiated joy and happiness everywhere she went. The Akerman’s family motto is, “Go where God says go; do what God says do, and everything will be all right.” To some, the Akermans are best known for their children’s ministry, Clown Crusaders. Alesa was “Shirley Goodness”. Today we know that surely goodness and mercy have followed her all the days of her life; and she will dwell in the house of the Lord forever. (Psalms 23:6)

You may leave comments and condolences on their Facebook page.