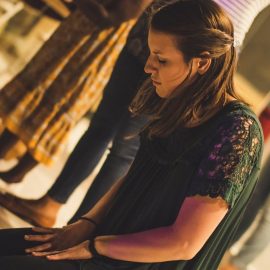 In the first week of June I found myself sitting on a friend’s kitchen floor, taking notes on my phone as the Lord began to tell me this: “Declare war on the walls.”

Without a Bible on hand, I quickly scrolled through my phone to recount a familiar story of a man named Joshua and a city called Jericho. What I did not know at the time was that God would continue to use that story throughout the summer to teach me a process of not only declaring war on other people’s walls that are keeping them from Him, but to also declare war on the walls in my own life.

It was there on the floor that I sat, evaluating the account of the Lord’s people taking the land He had promised them. As I did, I immediately began to focus on the details in which the Lord instructed the Israelites to follow. Each detail didn’t require a reasoning or explanation, just that the people were obedient to do what the Lord had said in order to see the victory He had promised them.

As they went forward, they were sure to take with them the Ark of the Covenant. Then, not only did they literally, physically move as God instructed, but they declared war on the walls with their shouts and with the rams’ horns as they saw the walls of Jericho crash to ground. 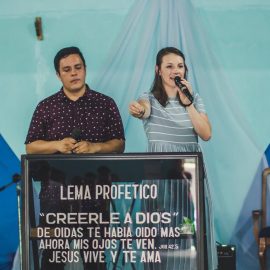