How much do you know about Malaria? Is it still a problem in our modern world? How is it contracted? Can it be stopped?  And how can I help?

Although very rare in the United States, malaria remains one of the world’s most deadly diseases infecting nearly 200 million people and killing over 500,000 people annually.  Over 50 percent of these deaths are among children and 90 percent of the cases are located in sub-Sahara Africa. Each day impoverished countries on the brink of collapse face the challenge of protecting its population from this infectious mosquito-borne disease. However, malaria can be prevented and eliminated when communities are empowered with adequate resources. Mosquito nets, pesticides, and modern medicines all play a vital role in helping vulnerable communities in infected regions. 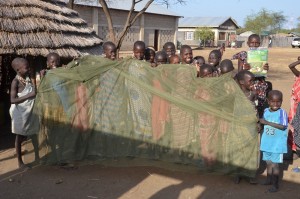 Each year, People to People Ministries stands with organizations around the world to bring awareness to the malaria crisis and raise money for its prevention by recognizing April 25th World Malaria Day.  We are asking you and your church to pray for those communities struggling with malaria and give a contribution to help IPHC members in their battle to eliminate one of the world’s most deadly killers! People to People Ministries partners with our missionaries and national leaders to provide mosquito nets and other much needed resources. These insecticide-treated mosquito nets can be purchased for as little as $10 each and if used properly can protect a family for several years. 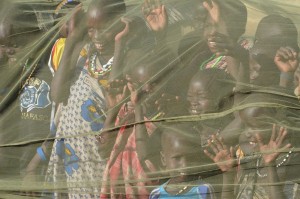 IPHC missionaries, church members and children are not immune to the effects of malaria and its devastating and often deadly results. Will you give a special gift today and help us protect “our children and the IPHC family” from this preventable disease?