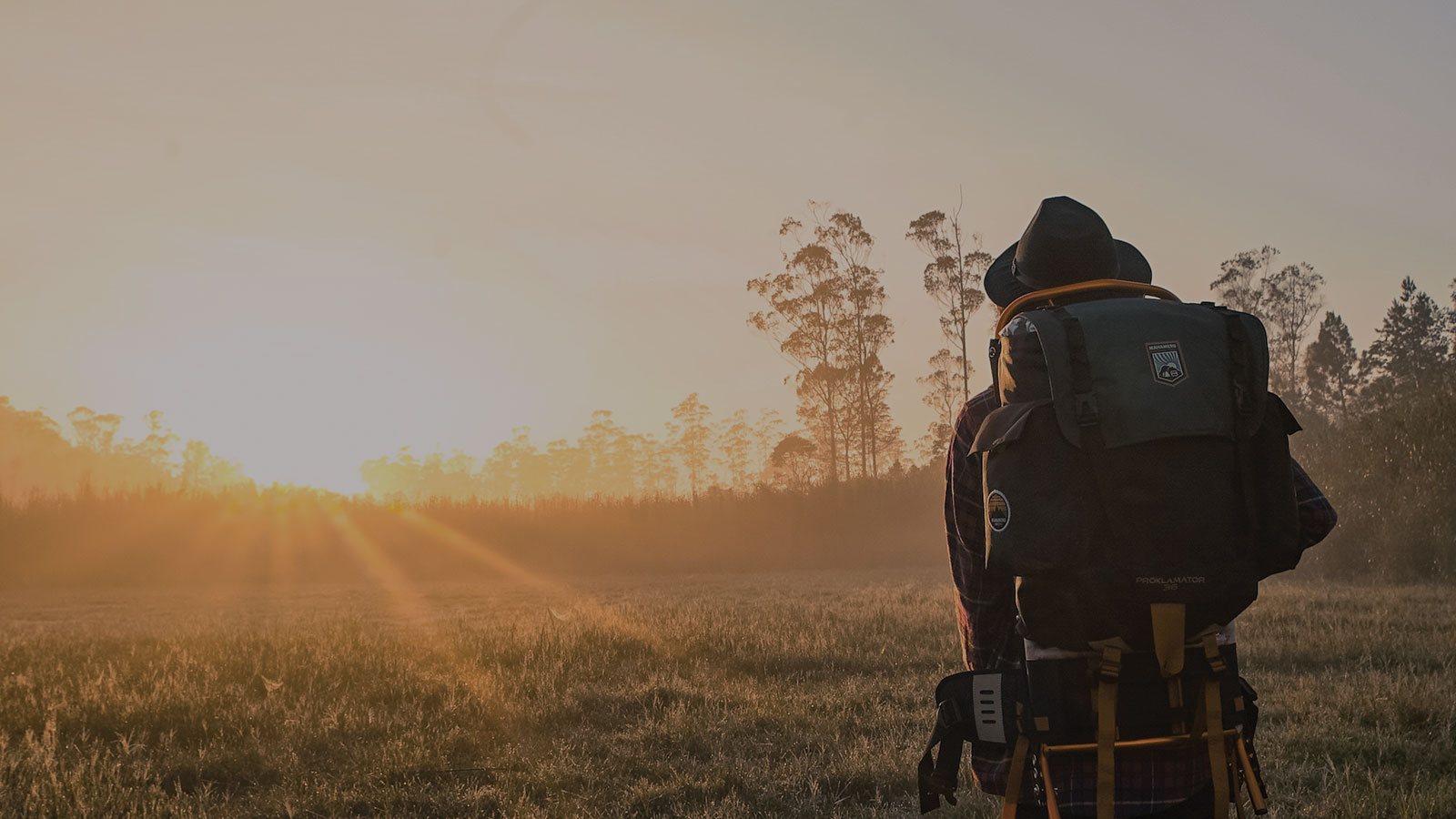 Winter is approaching south of the equator. The summer sun has succumbed to waves of chilly fog and clouds blowing in off the Pacific Ocean here in Lima, Peru. No matter the climate in your area (physical or spiritual), we pray that you are trusting in Christ for all things (Ps. 138), relying on His promise to not only be with us till “the end of the age” (Matt. 28:20), but that we would walk as “heirs of God” (Rom 8:17) and “more than conquerors through Him who loved us”! (Rom 8:37)

The Pallets of Pig Park

Back in March, we had a wonderful visit from three siblings who normally serve with us in China. Just like in China, I chose a completely new area for us to target. Earlier in the year, I noticed from the window of my plane a couple of “hidden valleys” right in the middle of Lima’s sprawling metropolitan area (10 million+). These communities (“Pig Park” in English) were only accessible via one road, which you would never find unless you were looking for it. So using Google Earth, I made plans for us to visit as many homes in these areas as possible. The results were some exciting few days of ministry, as well as a fascinating (and sobering) discovery… 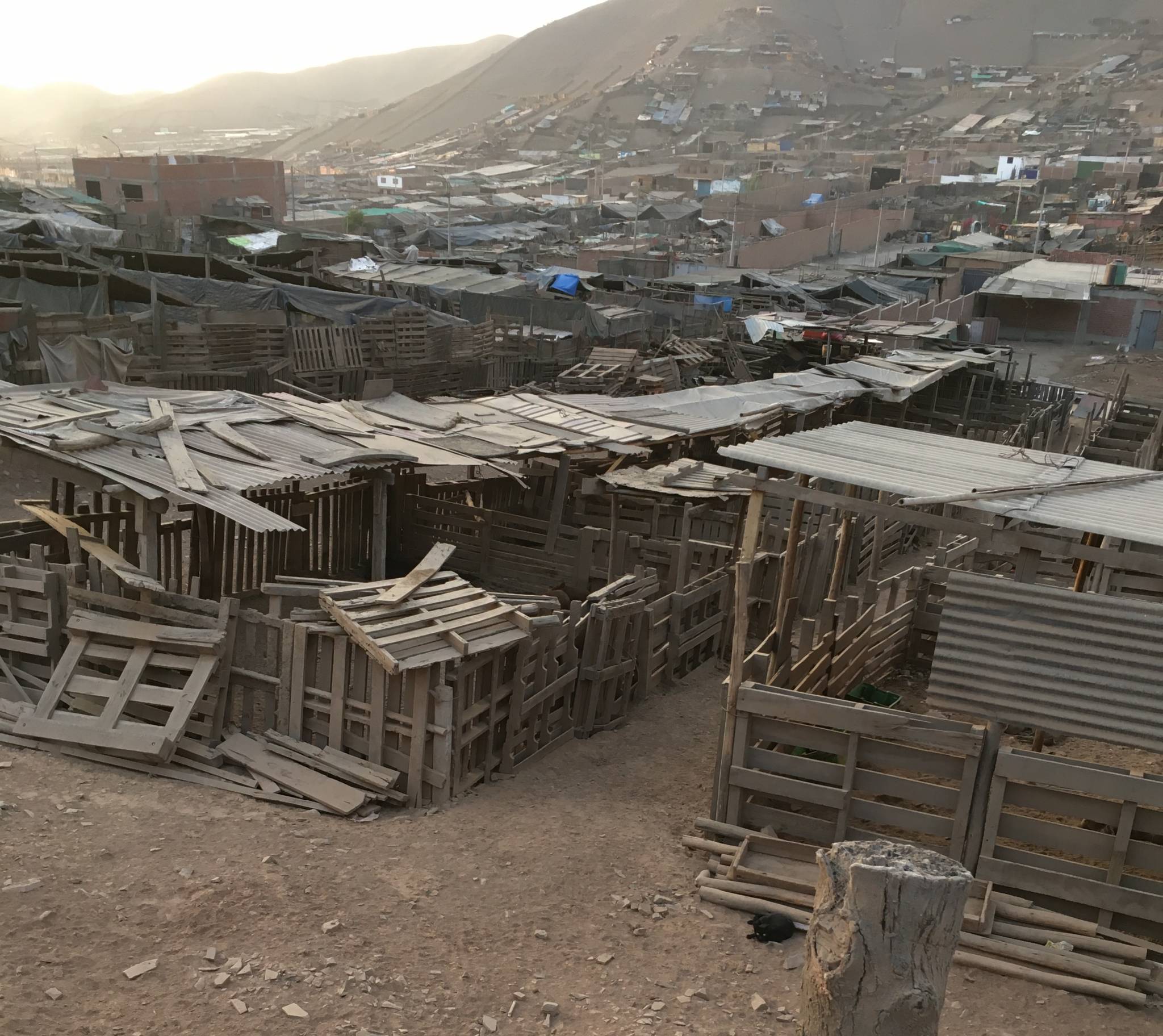 As we began to traverse the sandy roads and lanes carved out of the desert mountains, giving tracts and copies of John’s Gospel to everyone we could find, the substance of almost every shack, shed, and wall became hard to ignore. It seemed as if everything in sight was put together with old rejected wooden shipping pallets. And they were!

It didn’t take me long to figure out what had happened. You see, just outside the entrance to Pig Park Valley is Peru’s largest port and container storage area. Untold millions of crates have been unloaded there over the years. Impoverished locals, who “invaded” the empty desert mountains over a period of decades, used any materials they could find to begin building their makeshift homes. The result is an entire valley of shanties “constructed” almost entirely of discarded wooden pallets. And, besides these less than ideal physical conditions, “Pig Park'' turned out to be spiritually vacuous as well. Nary a church could be found, although we stumbled upon one home prayer meeting.

Pray that God would raise up long-term local laborers to plant a church in Pig Park, and that the people would value God’s Word above all things and build their spiritual houses not out of flimsy wood and sand, but out of “gold, silver, precious stones”, and grounded on the Rock, the “foundation..that is Jesus Christ.” (1 Cor. 3)

I have always been fascinated by the highland region of Puno, situated along Peru’s border with Bolivia (south) and the Amazon Rainforest (east). In mid-April, I flew down to Puno to visit a friend's house church and then boarded an overnight “sleeper bus” down into the jungle. 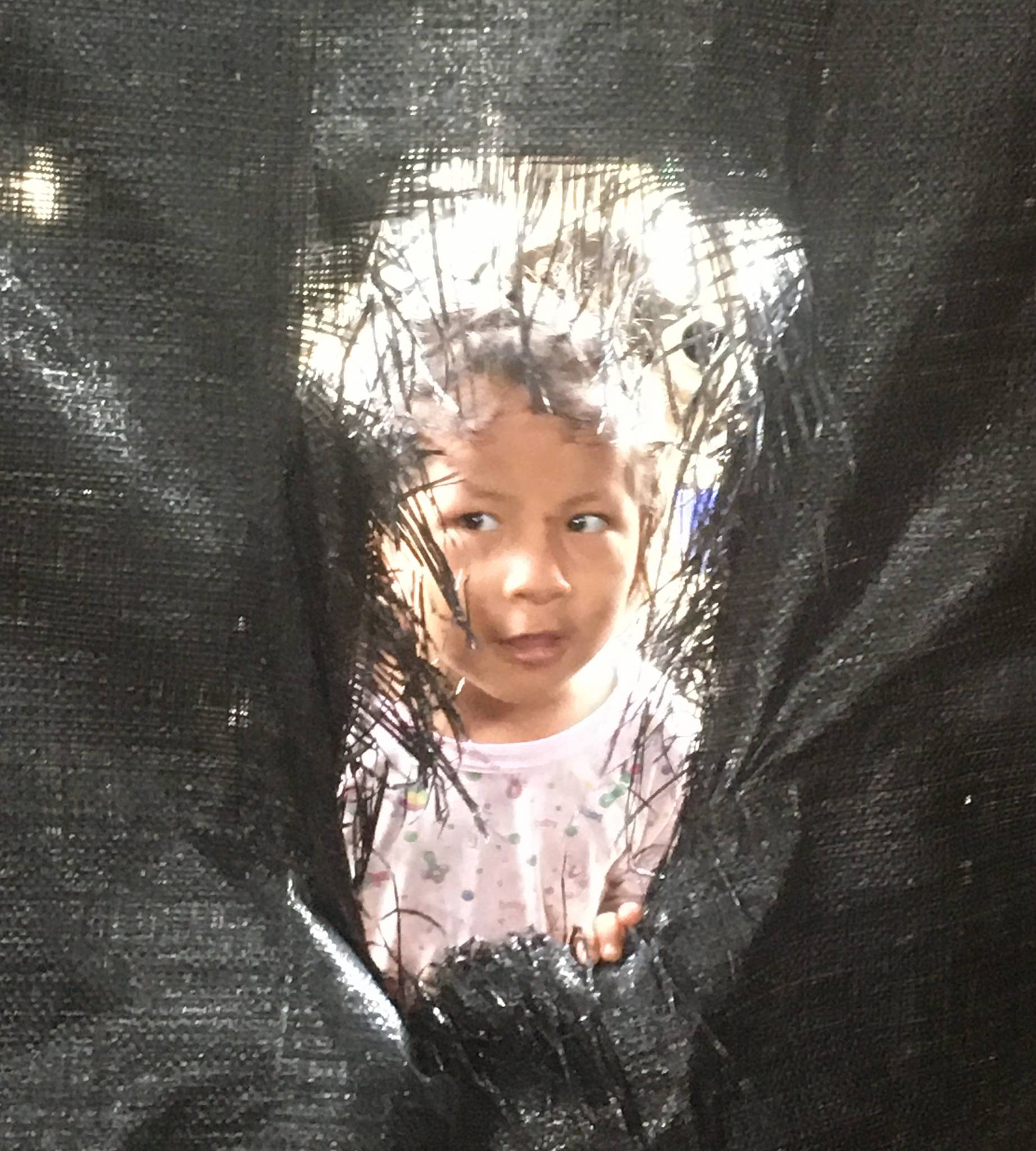 Eavesdropping on the Bible Study

After dozing for a few hours, I noticed that I wasn’t breathing “normally.” I checked my phone and was surprised to see that we were just shy of 16,000 ft above sea level...on the highway! But then we began going down. And down. And down some more. In just three-four hours, we had dropped to under 2,000 ft at the edge of the sprawling Amazon Rainforest. Breathing was no longer an issue, but the humidity was! The A/C was never turned on, and only a couple of tiny vents let in “fresh air.” So I was sweaty, stuffy, and miserable, with my body and things all crammed into a space designed for a population much shorter and skinnier than I.

I was only able to spend two days in the jungle, but the "three vertical mile" journey was worth it. Pastor Pacaya and his wife (who were still cleaning up after their home was flooded back in February) were wonderful hosts. We held evangelistic services on his porch both evenings, and at least one couple gave their hearts to the Lord...

Pray for Abraham and his wife, and their son, Isaac, whose health (he was nearly killed in an accident) humbled them and brought them back to church. He is now recovering. Pray that their faith would be proved genuine and that they would grow in the grace of our Lord Jesus Christ!

Food and Bible distribution have continued off and on throughout the winter (summer, here in South America). Literally TONS of food has gone out to feed hundreds of needy families both in Peru and Venezuela (and a third nation we can’t even mention). There have also been many wonderful opportunities to give away Bibles (and preach) during these times of distribution! 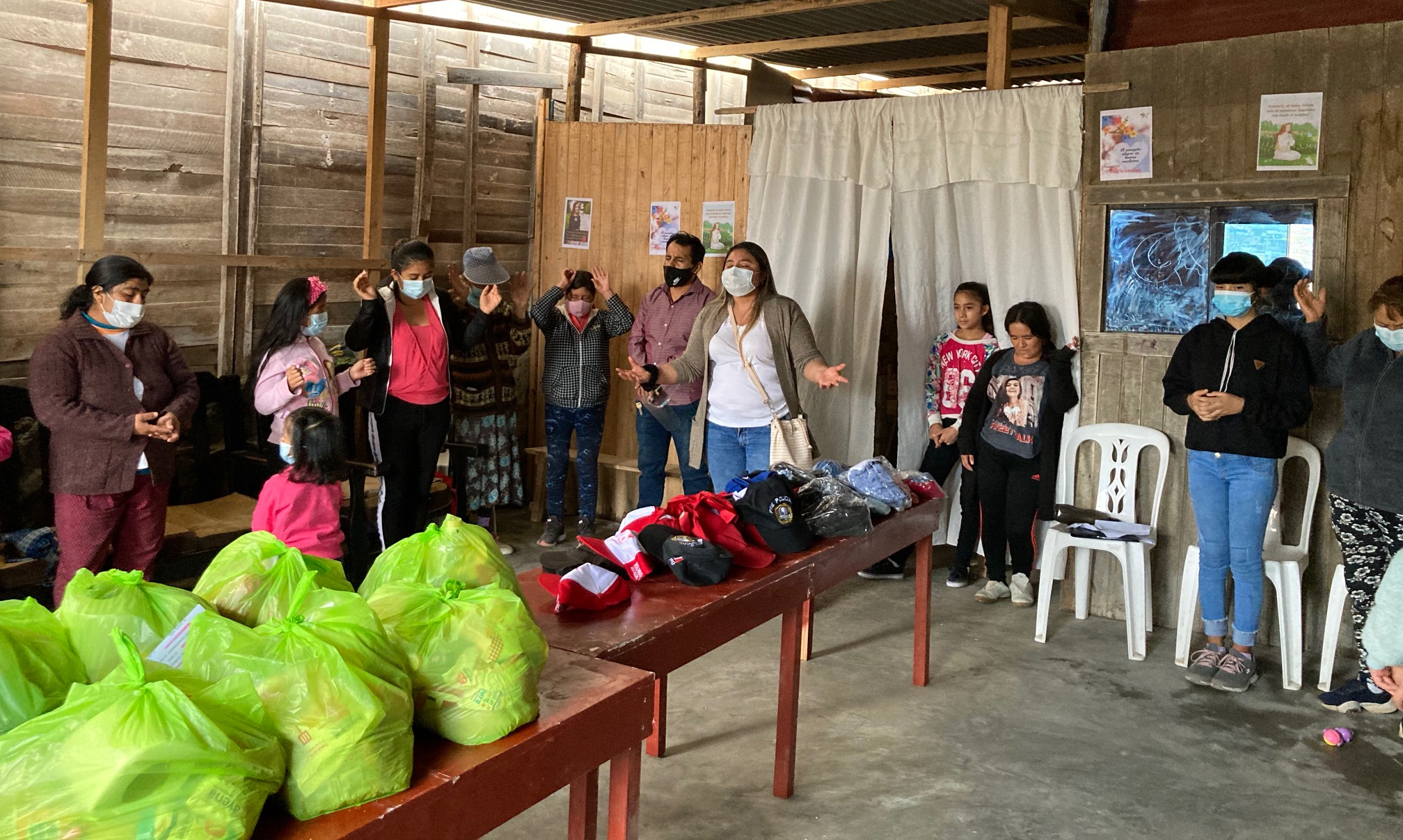 Pray that God would continue to provide both physically and spiritually for all those who are still suffering due to the harsh lockdowns and incompetent leadership!

“The grace of the Lord Jesus Christ and the love of God and the fellowship of the Holy Spirit be with you all.” (2 Cor. 13:14)

To Stay in Touch:

In Christ,
The West Family