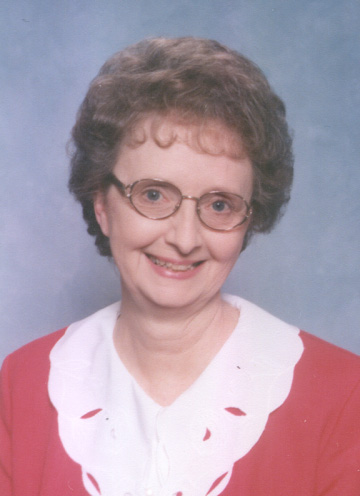 Elizabeth Gayle Shaw Rogers was born March 5, 1942, in Columbus, Georgia. She went to be with her Lord and Savior on October 4, 2020. Her mother, father, and stepmother preceded her in death. She has two beloved sisters Billye and Jeanne.

Elizabeth was the proud mother of William Rogers and grandmother to Gage and Britnee. Her newest treasure is her great-granddaughter, Olivia Elizabeth Rogers, who is her namesake.

Sister Rogers attended Jordan Vocational High School. Following her conversion in 1978, the Lord led her into a teaching ministry. She received her B.A. and M.A. degrees from Valdosta State College and began a doctoral program at the University of Georgia. However, the Lord soon moved her to Louisiana.

Elizabeth worked at Jimmy Swaggart Ministries from 1985 to 1991. There, she taught two years in their Family Christian Academy high school. In the next four years, she served as an assistant professor of English in the Bible College. During those years, she was able to attend Jimmy Swaggart Theological Seminary (JSM) in addition to her teaching duties. While working at JSM, Elizabeth answered the Lord’s call not only to preach His Word but also to serve as a missionary with the IPHC.

She joined the New Life Worship Center Pentecostal Holiness Church in Baton Rouge, Louisiana, and became a Licensed Minister in the Mid-South Conference in June of 1990. She served on the pastoral staff of New Life while assisting the conference superintendent and others in planting a new church in Denham Springs, Louisiana.

Toward the end of 1990, Elizabeth met with the World Missions Board and was approved as a career missionary. In July of 1991, she received her ministerial ordination and was also ordained as a missionary in August of that same year. Sister Rogers moved to North Carolina and joined the North Carolina Conference in May 1992, where she finished her itineration. She arrived in Johannesburg, South Africa, in February 1993. She was 50 years old at the time and had never been out of the United States. However, as soon as she placed her feet on African soil, the Lord instantly gave her a great love for Africa and its people, and that love has never waned.

For the first seven years of her missionary service, Elizabeth was based in South Africa. From there, she, along with two colleagues, traveled each year into six African countries to teach in the ADVANCE Ministerial and Leadership Training Program. In addition to her work in ADVANCE, Elizabeth (in 1973) was asked to begin a W.I.N (World Intercessions Network) Program in Southern Africa. Elizabeth and her missionary colleague Althea Meyer co-founded the “W.I.N.-Africa Kids Net.” Their desire was to allow the children also to become prayer warriors for the world. Elizabeth served as the W.I.N director for Africa for ten years. In 2000, Rev. Meyer and Rev. Rogers were asked to move to the small Central African country of Malawi to help re-establish and re-open our Bible school, which had been closed for a number of years. In June of 2001, Guthrie Bible Training Center opened its doors to the first class of students. Rev. Rogers served as director of Guthrie Bible Training Center for eight years. At the time she left, the student body was once again at capacity, and there was a waiting list of over 30 people hoping to be admitted. After 15 years in Africa, Rev. Rogers encountered a health problem and was unable to remain on the field.

In May 2008, Elizabeth retired from active overseas missionary service and resided in Dunn, North Carolina. Sister Rogers said, “I believe I would have to describe my ministry thus far as a marvelous adventure in learning to know Jesus personally, in learning to love Him, to trust Him, to worship Him, and to serve Him with my whole heart. Moreover, I will be eternally grateful for so many wonderful opportunities to help make Him known, both in America and in seven African countries halfway around the world. And now, my prayer is that ‘I may finish my course with joy and the ministry I have received of the Lord Jesus—to testify the gospel of God’s grace’ (Acts 20:24b)".

Since Reverend Rogers' retirement from Missions, she has served in many capacities in local churches and assisted when needed at the North Carolina Conference. Rev. Elizabeth Rogers served as missions director, a board member of Deborah's Daughters, and assistant to the director in the school of ministry.

A highlight in her life was also filling pulpits from time to time. She felt most fulfilled preaching, teaching, and serving the elements of communion.

In March 2016, she made a short-term missions trip to the Dominican Republic, where she preached, taught, and renewed her passion for world evangelism.

Rev. Elizabeth Rogers loved her church and loved serving it. She faithfully attended Culbreth Memorial. She was often in attendance whenever the doors were open. She felt dearly loved by her church family.

Rev. Betty Rogers, who was an ordained clergy member of the North Carolina Conference, was approved on March 8, 1991, by the World Missions Ministries (WMM) Board to serve as an IPHC Career Missionary in South Africa and Malawi. However, her ministry with WMM began in 1989.

Rev. Rogers arrived in South Africa in February 1993 and was assigned to teach in the World Harvest Theological College. She was also asked to help establish and coordinate the World Intercession Network (WIN) program in South Africa at that time. However, "before she had time to settle, Florine Duncan, the African director of Advance [the successor name for TEE], had surgery and could not lead a team to Botswana as planned. John and Geraleen Talmage and Betty stepped in and did the Botswana Advance together. Rogers decided in her first class that she wanted to partner in the ministry of Advance. Then, when Florine Duncan retired in 1995, Betty was asked to be the director. She continued to serve in that role through the end of the century” (Frank Tunstall's Simultaneous Principle). Betty later served as the director of the John Guthrie Bible School in Malawi.

We are grateful for Betty’s ministry that carried on the kingdom work of those who came before her and helped pave the way for those who would come after. Eternity will fully reveal the kingdom impact that missionaries, like Rev. Rogers, have made.

We extend our heartfelt condolences to the family and friends of Rev. Rogers. May the peace of the Holy Spirit bring you comfort now and in the days to come.

I also want to extend my personal thanks to Bishop Danny Nelson, Rev. Doug Bartlett, Rev. Joe and Elsie Arthur, Rev. Bonnie Clowers, Rev. Rose Boyd, Rev. Althea Meyer, Rev. Ron and Phyllis Roy, and pastor Casey Strickland and the members of Culbreth Memorial PHC, in Falcon, North Carolina, for the love and tender care that they gave to Betty during the concluding years of her life.