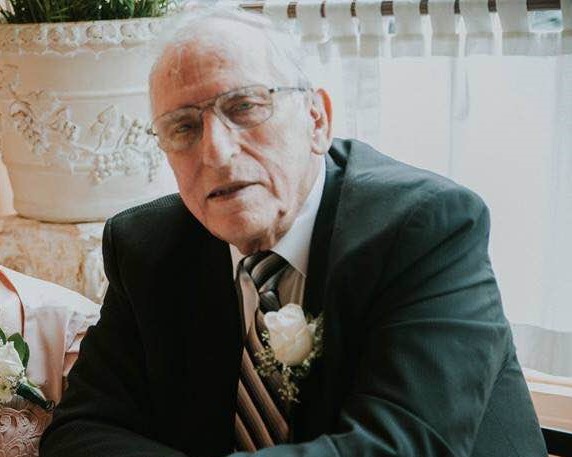 On behalf of the International Pentecostal Holiness Church World Missions family, we honor and remember, with gratitude, the life and ministry legacy of Rev. Willard Wagner, and we give thanks to God for his service as a revered missionary and minister of the gospel of Jesus Christ.

To Mrs. Yvonne Wagner and the extended Wagner family, please accept our deepest condolences.  Know that the thoughts and prayers of your missionary family are with you in your time of great sorrow.

In 1963, the Wagners moved to Great Falls, Montana, with their three children to manage a photography business and be an assistant pastor/evangelist. Five years later, they returned to Holmes, after which they were called to pastor a promising church in North Carolina. The five years they spent near Goldsboro, NC, were some of the best of their ministry and served as a launching pad to the Philippine Islands as the first IPHC Missionaries to those islands. (A few national churches had already been contacted by an airman from Clark Air Force Base, so there was a good beginning.) From that time, the ministry of the IPHC Philippines grew rapidly, and when the Wagners left Manila five years later, there were some 84 established churches and three thriving Bible colleges. During their tenure, other well-qualified missionaries and nationals joined them to continue the ministry after their departure. Today, IPHC Philippines has nine conferences, Bible colleges, many preaching points, and missionaries being sent to other Asian countries all under national leadership but advised by the regional director.

Willard and Yvonne then moved to Denver, Colorado. Yvonne was the director of homes for abused, abandoned, and neglected children. Willard pastored Bethany Temple in Littleton. After eight years of successful ministry in Colorado, they felt led to return to the mission field and applied to go “wherever they were most needed.” During the 1989 General Conference in Oklahoma City, the World Missions Ministries Board approved the Wagners to go to Nigeria as resident missionaries and church planters in West Africa. “The lines had fallen to them in pleasant places” [Psalm 16:6], and soon they were traveling throughout Nigeria to build a student body for West Africa Bible College and establish churches for the IPHC.

Willard and Yvonne began to visit other countries, and the Lord opened the door with Eglise de Pentecote du Togo, a church that now has more than 200,000 members. The ministry in Ghana is also doing very well under the guidance of the Christ Revival Center. They then went into Liberia, Sierra Leone, Benin, and Cote d’Ivoire to start work. Their goal was to reach out to all 18 nations in West Africa, but they had to settle for just seven countries because of a lack of personnel and time.

The Wagners later moved to Abidjan, Ivory Coast, to reach back to all of West Africa to help grow and solidify this young ministry.

As a result of the many health issues - Gilliam-Barre, heart seizures, plasmodium falciparum malaria, and other maladies that accompany West African countries - that were physically taking a toll on them, they realized the absolute necessity of training the nationals through the Bible colleges and by example. God soon gave them extraordinarily gifted and spiritual leaders for each country, and today the IPHC ministry of West Africa has the best leadership to care for the work.

Rev. Wagner’s ministry legacy not only leaves behind fruitful and successful accomplishments in ministry but a solid foundation and established works for future generations to build upon. World Missions Ministries and the nations of the West Africa Region honor this faithful servant and his prosperous years of ministry on the field and to the national church.

In January 2020, Willard and Yvonne retired as missionaries with IPHC World Missions Ministries. In retirement, the two settled in a modest yet comfortable home in Hiawassee, Georgia, where they enjoyed the scenery and mountain air.

In retirement, Willard spent much of his time writing and trusting that, when published, his work would serve as an encouragement to young people to launch out into missions for the Lord, Jesus Christ, and His beloved Church.

His family will be holding a private graveside service, with a memorial service to be held at a later date. Please continue to be in prayer for Yvonne and the entire family as they go through this time of grief.

In April 2019, for Easter, I had the privilege of traveling with Willard to Benin in West Africa to officially recognize and organize the IPHC in Benin. This was such a special and memorable experience. The leaders and members of our faith family in West Africa love and revere Willard and Yvonne and have affectionally assigned them the title of “Papa” and “Mama”.

World Missions Ministries has been blessed to have many extraordinary missionaries serving globally in our cause to ‘go and make disciples of all nations.’  The Wagners must be recognized as some of our finest. They have served as modern-day ‘Apostles’ in the biblical sense of the term.

I sent an email announcement regarding Rev. Wagner’s homegoing to our Missionaries and IPHC Council of Bishops’ members following a telephone conversation and time of prayer with Mrs. Wagner on Monday evening.  My email inbox was immediately flooded with responses from missionary colleagues and IPHC leaders that demonstrated the influence and high esteem that his fellow ministers had of this wonderful man of God.  You will find excerpts from some of their emails below:

"We can remember the love and care brother and sister Wagner showed to us when we came fresh from Canada in the year 2000 to dive into the itineration process in South Carolina. We were bewildered and dealing with culture shock at the same time until Sherrill Orvin told us to go and talk with the Wagners. We looked them up and asked them what their secret was of staying so stable in the mission work. Brother Wagner started to laugh and said, 'there is only one answer for this.......hard work.' We never forgot. They also explained to us in detail how to stay in contact with our future donors. We followed their direction and started to itinerate in a way they described to us. There was never any problem, and we were very thankful all those years for their priceless advice!" - Ben and Marianne Janssen

"We have lost a great friend and colleague. He was a great encouragement to me personally. Great missionary. Straight talker. Example. We often say that we stand on the shoulders of those who went before us. Willard had broad shoulders, a true heart, and an unflinching commitment to the Great Commission. Thank you, Willard!" - Linwood K. Berry, Regional Director IPHC WMM Mediterranean Region

"Gerry and I were saddened to hear of the passing of a great missionary soldier. A wonderful friend." – John and Gerry Talmage

"The Wagners have made a profound impact on the Kingdom of God through their ministry in the IPHC." - Bishop Randell O. Drake

"I am deeply saddened to hear of Willard Wagner’s passing and am thankful to God for this man’s life, leadership, and committed service to Christ. I remember sitting in their home when they still had a home in Franklin Springs in 2008. I had dinner with them, and Yvonne prepared a wonderful meal. Willard told me some inspiring stories and amazing testimonies. He told me that one day he would be gone from the mission field but that he wanted to do such a good job mentoring others and raising up leaders that he would not even be missed. I think we would all agree that he did do a tremendous job mentoring and strengthening other leaders but that it is also true that he is and will be deeply missed." - Josh Bridges

"This is a great loss for our IPHC family. What a legacy he leaves." – Bishop Ray Willis

"Willard was an exceptional missionary, a man of faith, courage, and vision. He will never be replaced, but he will serve as a model and inspiration for many to follow." – Russell Board

"Willard was a great friend and inspiration to all Missionaries." - Bob and Carol Cave

"Willard will be missed by all of us and his great West Africa family!  Our hearts are sorrowful … he was a great man of valor." - Ernest and Cheryl Turner

"This is a sad day for all of us who knew him and worked alongside him. Brother Wagner was a true inspiration and a valued colleague, and a true friend. His work for IPHC/WMM will continue to bear great fruit beyond his earthly life. We honor his memory with great respect and fondness." - Tim and Beth Salley

"Sorry to hear this news of the passing of this prince of a man.  Among the highlights of my ministry was the time I traveled to Nigeria in 2011 and ministered in West Africa Bible College.  The Wagners were gracious hosts, and it was a life-changing experience.  These two missionaries have born so much fruit in the Kingdom; only eternity will reveal the scope."  – Bishop Danny Nelson

"I immediately thought of the time that Karen and myself visited them in Nigeria.  Wonderful servants of the Lord.  Heaven just gained a Prince of a man." – Bishop Ray Boggs

"A sad day for the IPHC family but a glorious day for our brother, who lived in light of eternity!" - Bishop Dayton Birt

"In prayer for the Wagner family and for all who have experienced his great heart for missions and who he impacted on earth. I am one of them. Willard was my greatest responder and encourager with great uplifting words whenever I posted news, read my newsletter, and when he met me personally. I visited the Wagner family in their retired home because their life testimonies impacted me greatly, and I wanted to experience it before returning to the field. So glad we could talk about the outcome of many situations we discussed and prayed about it and will soon in HIS GLORIOUS PRESENCE give God the thanks for how He stepped in and worked HIS MISSION in good outcomes." – Althea Meyer

"What a passionate example he was to our missionary family. He will be greatly missed." – Danny & Judith Williams

"I have worked with Willard in some difficult places and deeply regarded his tenacity and commitment. Few could accomplish what he and Yvonne did." – Phillip Gschwend

"We worked very closely with him and Yvonne while serving as WMM Overseas Ministry Coordinator of Africa!  He was a great leader and was an inspiration to all who labored alongside him!"  – Joe B. Arthur

"Had a very long friendship with our Brother Willard. I know he is rejoicing around the Throne today." - Carl and Barbara Early

"Brother Wagner was one of our favorite missionaries that came to dad’s church.  The man would preach the gospel!" – Kenny Gray

Willard has now entered the Church Triumphant. But his legacy is embodied in people like me and the many that he influenced.