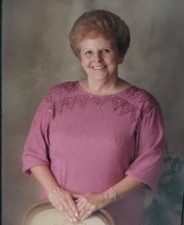 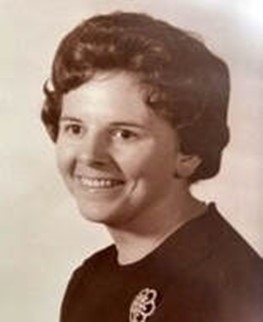 Doris Lorene Moore was a true servant leader and a role model.  Her energy and vision for women in ministry was profound.  Her ideas about the home, family life, and the responsibilities of women in becoming the Godly leaders of their homes will continue to shine as many young female missionaries are blessed with this scholarship.

Doris graduated from Laurel Hill High School and continued her formal education by enrolling at Holmes College of the Bible in Greenville, South Carolina. Later, after moving to Oklahoma City, Oklahoma, and working on the campus of Southwestern College of Christian Ministries, Doris graduated from the school with a Bachelor of Arts degree.

At Holmes, she met Ronald Quentin Moore, a fellow student. Ron and Doris soon agreed they were meant to be lifetime and ministry partners and were soon married.

Immediately following Ron’s ordination into the ministry in 1961, Ron and Doris received their first pastoral assignment from Upper South Carolina Conference, where they served in three other churches throughout their ministry.

Wherever they were appointed, Doris was always involved in Women’s Ministries. When Ron agreed to move to Oklahoma City to serve in World Missions Ministries as the Assistant Director, Doris soon volunteered her services at the IPHC headquarters. She was instrumental in organizing and opening the denomination’s Archives and Research Center. Doris also served as secretary on the Women’s Ministries Executive Board. During this period, Doris made it a priority and found delight in serving missionaries and their families, and soon became a trusted confidant to many. Her passion for missions and missionaries never wearied.

Doris was elected as the president of the General Women’s Auxiliary in 1989. She served in that role for two terms (eight years). During her tenure, she was also a member of the IPHC General Board of Administration.  In the 1990s, Doris was the First Lady of Southwestern College of Christian Ministries. This assignment enabled her to continue to invest and mentor generations of younger ladies.

The one character trait that marked Doris’s life was that she found great purpose and pleasure in investing in the lives of young people, particularly young ladies.  She not only invested her time in them, but she was also a very generous financial supporter to many, especially to those involved in missions.

This scholarship, named in her honor, will assist young missionary ladies in getting to the field for their first full-time assignment and continues her legacy of generosity.

World Missions Ministries, in consultation with Rev. Moore, will make all scholarship recommendations/awards.

“Mrs. Doris was a role model and mentor to many young ladies.  My wife, Stephanie, and I thought so highly of Mrs. Doris that we asked her and Rev. Moore to serve as Godparents for our daughter, Kathryn Elizabeth (KatieBeth) Gardner as she epitomized the kind of woman that we envisioned our KatieBeth emulating.” - Bishop J. Talmadge Gardner, Executive Director, IPHC World Missions Ministries & Corporate Secretary

* To give to this project, please click the button below.