In April the Lord opened exciting new doors for ministry in Vietnam and Laos! 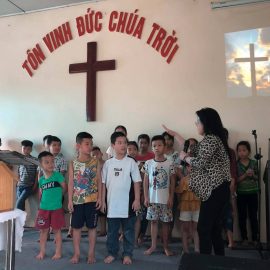 Praying for Children in Vietnam

Vietnam is among the top 20 countries in the world where Christians suffer the worst persecution. The Communist government seeks to monitor and control their activities, while their own communities ostracize them for betraying the ancestral folk religions that define their culture. Yet the church continues to grow and multiply even in this hostile climate.

Joined by Thailand IPHC National Director Dr. Wallapa, I (Russell) traveled to the outskirts of Hanoi to hold two days of training for 50 pastors, leaders, and church planters. Some journeyed as far as 400 miles to attend the training. 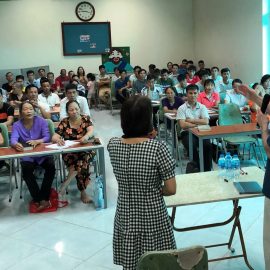 The campus where we met houses not only a church and a training school, but also a children's home and a drug rehabilitation facility. Opium addiction is a terrible scourge in this country, and often leaves children abandoned or neglected by drug-addicted parents. The only programs that deal with this problem successfully are Christ-centered ministries that depend upon the power of God and emphasize faith and discipleship.

We spent time in prayer and planning with Pastor C, laying the groundwork for a partnership to realize his vision of training hundreds of church planters and sending them to evangelize thousands of tribal areas with the gospel of Christ. It was a special privilege to preach about the glorious resurrection of Jesus on Easter Sunday in Hanoi! 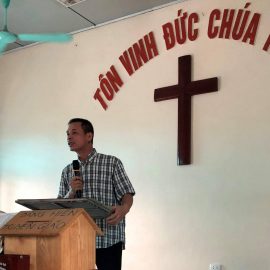 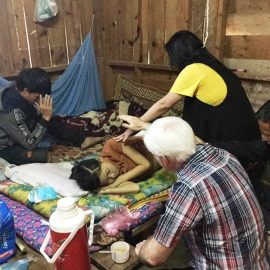 From Vietnam, I entered Laos for the first time to do two days of training at a seminary in Xiang Khouang. Pastor K, the leader of our work in Laos, is a former student of Dr. Wallapa’s in Thailand, and she helped him open the seminary. I was amazed to learn that Pastor K's local congregation comprises over 700 people!

Laos is also among the top 20 countries where persecution of Christians is worst. The Communist government monitors and controls religious activities, forcing house churches to operate underground. This small country is home to 128 distinct people groups, 85% of which are classified as unreached. These include over 5 million people, nearly 80% of the population. 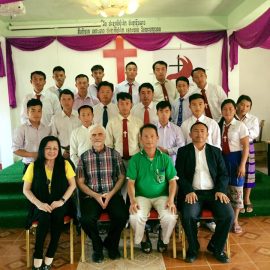 The church was founded by Pastor K's father who, as a young man, fought on the U.S. side against the Communist forces in the 1970s. In 2002, the father was imprisoned twice for Christian activities. Miraculously, in 2005, the U.S. ambassador visited the area and persuaded the regional governor to give the former prisoner a permit for religious activities. The church continues to operate legally and publicly!

Our trip included visits to churches, children's homes, and prospective properties for the development of support projects. Most importantly, we prayed for and with the Laotian believers about their needs and their vision to plant churches among the unreached! 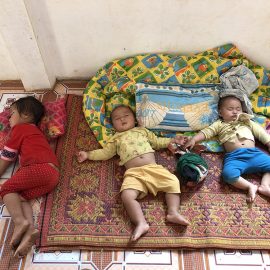 •Pray for the persecuted churches and believers of Vietnam and Laos. Pray for protection, religious freedom, and faithful and fruitful witness.

• Pray for the training programs for mobilizing and equipping pastors and church planters to reach the unreached.

• Pray for financial provision for the schools, children's homes, and drug treatment ministries.

• Continue to pray for us as we provide oversight to a dozen countries in Asia, and as we seek to mobilize personnel and resources to complete the Great Commission.
Thank you for your partnership in the gospel!