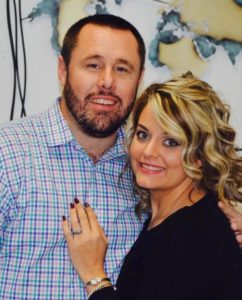 Who can carry the torch?

I am thankful for the fifth Core Value of the IPHC, “We Prayerfully Value All Generations.”

It is because the IPHC values ALL Generations that believers like myself can work hand in hand with those who have gone before us, at the same time with those coming behind us. I am 36 years old and have been blessed with the opportunity to minister on every inhabited continent of the world. Over my last few years of ministry in the IPHC, I have witnessed generations working together in many different cultures, contexts, and collaborations. I have observed this in teaching, evangelism, construction work, laboring in orphanages, planting churches, and right down the list to working with microbusiness projects.

In fact, multigenerational ministry is what propelled me headfirst onto the international mission field. In 2011, a veteran short-term missionary invited me on a three-week trip to Peru. There was one stipulation, I had only 24 hours to make a decision. Up until this point I had never been outside of the U.S., nor had I planned on going outside of the U.S. However, I was strongly moved by the support this family of missionaries showed me. These missionaries did not stop with inviting me; they also made it possible for me to go. They paid for my part of the trip up front and allowed me to reimburse them later. Their willingness to invest in me in word and deed is an excellent picture of an older generation reaching down and putting a younger generation on their shoulders, while encouraging them, empowering them, and saying “YOU CAN DO IT!”

Every generation is faced with its own set of challenges. Being part of a younger generation, my main challenge has been lack of experience. The wisdom that can only be brought forth through years of experience teaches us how to succeed in difficult places.

I was once given the opportunity to minister amongst the Aboriginal people of Australia. Unlike myself, the generation on the ground there before me had spent time with this people group. It is often very easy to make the mistake of thinking that your relational patterns work everywhere, while, in fact, with some people groups of the world even the smallest cultural misunderstanding can cause offense. Apart from the guidance of seasoned leadership, my ministry efforts would have most definitely fallen short. However, instead of leaving me to figure out the ins and outs of this culture group on my own, my leaders used every van ride, flight, and time outside of direct interaction with the Aboriginal people to explain what they had learned during the years they had spent engaging with them. This, in turn, allowed a time of ministry which bore much fruit. The truth is that we are better and stronger together.

Three years ago, I was appointed as the Conference Missions Director (CMD) for the Redemption Ministries Conference, formerly known as The Eastern Virginia Conference. Being a CMD has enabled me to work with many older generational pastors and mission leaders. Together, we help keep missionaries on the field. Serving in this position has not only given me the opportunity to glean from the generation above me, but it has given me the incredible opportunity to impart to the generation beneath me. I have witnessed first-hand the Millennial generation excelling in all aspects of ministry, from working amongst unreached people groups to pastoring and church planting. It is truly an amazing feat to experience every part of the Body of Christ functioning as it should, generations upon generations working together to further the Kingdom of God.

One of the main tools Christ has used to shape my life has been the influential voice of the generations that preceded me. Apart from their guidance, I would not be the man I am today. The wise counsel that I have received and continue to receive has been so immeasurably valuable to me that I almost continuously find myself attempting to “pay it forward” by consciously making efforts to invest in the up and coming generations of believers. Millennials and Centennials are both extremely passionate generations. This passion is the reason why, when I see someone from one of those generations stepping out in faith to embark on a journey for the Lord, it is a journey I want to invest in. When I give my money to what younger generations are doing, I show them that I believe in them. When I give my time to younger generations, I show them that I care about them. In order to lay a firm foundation in the lives of the generations following after me, I see no room to slack in the giving of neither time nor money. Scripture teaches us that iron sharpens iron. I believe that the iron in the older generations’ spirits sharpens the iron in the younger generations’ spirits and vice versa. This, in turn, produces an army of believers prepared, ready, willing, and walking in the calling God has for their lives.

This past Sunday, like most Sundays, I was visiting one of the churches in our conference on behalf of World Missions. During their very contemporary time of worship, something in my peripheral vision grabbed my attention. There was a senior man, if I was guessing I would say around eighty years old, dancing with all his heart before the Lord. Not only was he dancing with all his might, he was dancing alongside twenty, thirty, and forty-year-olds. At that moment, it dawned on me; I think a lot of times it can be tempting to dwell on the many differences between the generations, while instead, our focus should be directed towards our common denominator – the love of Jesus. Within the church, regardless of age, generation, culture group, denomination, or race, what we all have in common is our love for Christ and His love for us. When our focus on that love supersedes our focus on external factors, suddenly those external factors seem to fade away. We are all here to know Jesus, to love Jesus, and to share Jesus. This idea becomes much easier to comprehend when instead of worrying about “who” is going to carry the torch, we realize that we all were created to carry the torch together until the King of Kings and Lord of Lords returns.