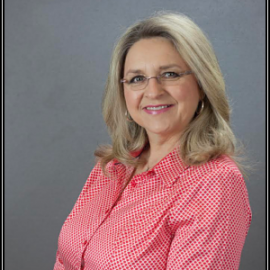 In honor of the first anniversary of the death of Jackie Hess on July 2, 2020, World Missions Ministries, in consultation with Rev. Hans Hess and their daughters Sarah and Alex, would like to announce that the funds from World Missions Ministries Jackie Hess Memorial Fund #98005P will be designated to the development of IPHC’s first multi-use campus in Nepal in her honor and memory.

The proposal for the headquarters complex is as follows. It will be a multi-use facility. Several rooms will serve as offices for the headquarters of IPHC Nepal and living quarters to house the chairman and his family, guest quarters, a large meeting space to serve as a training facility, and a coffee house for pastors and visitors. This facility will be on a plot of land large enough to accommodate gatherings for training seminars, schools of ministry, and motorcycle parking.

The total cost of the project is estimated at $390,000. We are currently targeting a piece of property outside of Kathmandu, Nepal. Kathmandu is the capital city of Nepal and home to a population of 1,003,285 persons.

If you would like to contribute in memory of Jackie, you can make a contribution at https://give.iphc.org/project/jackie-hess-memorial-fund.

“Jackie was a remarkable lady that lived life to the fullest.  She exuded joy and made everything fun for those around her. She is greatly missed by all who knew her. Missionaries Chase and Kristina Granstaff are from the Fountain of Life Church in Elizabeth City, North Carolina, that Pastor Hans and Jackie Hess pastor/pastored. Fountain of Life continues to assist WMM in targeting Unreached Countries/People Groups.

The Joshua Project lists the total population of Nepal as 29,551,000. It also reports that 26,694,000, or 90.3% of the population, are designated as Unreached. The largest religion in Nepal is Hinduism (83.4%). It also estimates that there are 1.3% Christian Adherents in Nepal. In other words, Nepal is ripe for the harvest!

Rev. Danny and Judith Williams, IPHC WMM’s national director of Nepal, recently confirmed IPHC’s official/legal registration with Nepal in writing on March 3, 2021: ‘We have everything we need to operate as a church; national legal status, church ordinances, ceremonies, holiday and festival special services, [and] financial help from outside of Nepal. [We are] working with other NGO’s and all IPHC groups internationally; we can do social programs, medical teams, [and] ministry teams in the name of the church; we can license and ordain; we can set up orphanages, community centers, disability centers, schools, seminaries, and training meetings. This is nothing short of miraculous. It is an immense agreement with a Communist Government in a Buddhist nation, with many Hindu radicals still in charge. We have a five-member National Board with Ashok Lama as chairman. We have set up a 42-member team nationwide, with seven (7) Province Directors, ten (10) Department Heads, and the rest are pastoral advisory teams.’

Nepal IPHC has 509 churches as of June 2021, with 530 pastors registered in total, representing over 29,000 members nationwide.

Thank the Lord for this significant breakthrough. We take hold of the promise in God’s word, which declares that…. ‘The light shines in the darkness, and the darkness can never extinguish it.’ John 1:5 [NLT]

Thank you for helping us honor Jackie’s ministry legacy in this significant and enduring way!”

* To read the proposal for this project in full detail, please click the button below.