Religion that is pure and undefiled before God, the Father, is this: to visit orphans and widows in their affliction and to keep oneself unstained from the world (James 1:27).

Surely it is not easy for a Christian in our day and age to keep oneself unstained from the world. It seems that the world pushes itself closer and closer upon us, trying to grab our attention from morning till evening. It takes so much more effort for all of us now to keep focused on the Lord. It is so different from one hundred years ago, when most Christians lived in an agricultural society, with far fewer distractions. Nevertheless, we must continue and keep fighting to preserve our closeness to the Lord; you in your country and we on the mission field. 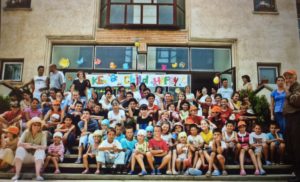 We know of a man, who kept himself unstained from the world and cared for orphans and widows. His name is Dimitru Dudeman. We never met him in person, but we saw the tremendous impact his life had on others. Dimitru passed away in 1997, just before we started to do mission work in his hometown in Romania.

Dimitru loved God and followed Him closely. For many years he smuggled Bibles into Romania and was eventually arrested, put in prison, and severely tortured for five months. Then, miraculously, he was released from prison and forcefully put out of the country with his wife, daughter, son-in-law, and three grandsons. When Romania finally became a free country, Dimitru and his family returned to his beloved home.

While Dimitru was in exile, the Lord had shown him a great vision. He would start an orphanage in his hometown and also care for the widows and the poor in the villages around.

When we arrived in Romania in 1998 and looked at the orphanage for the first time, we were so amazed. We saw this huge building with a beautiful church next to it and 120 orphans who were well cared for. We heard about Dimitru’s vision from Virginia, his daughter. She was now the one who mothered the 120 children and, at the same time, looked after the widows and the poor. 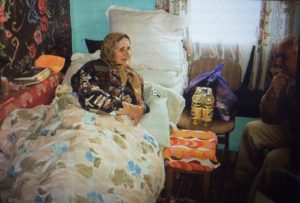 Right away, we started to help her and provided many families with cows, horses, and whatever they needed to survive the cold Romanian winters. Year after year, we saw the children grow up both in stature and in the knowledge of God. I remember Sebastian, as a baby, when I held him in my arms. Last month, we saw him again; now a serious young man, dedicated to his Lord. Thirty of the orphans are currently supported by the People to People program. Any opportunity we have, we visit the orphanage and look upon the happy faces of the little ones. All the while thinking of this one man, unstained from the world, who, with the help of his family and with a great heart for the orphans, made this all come to pass. To God be the glory!

In His service,
Ben and Marianne Janssen