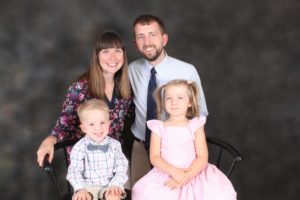 In John 18:38 Pilate asks, “What is truth?” Like many today, Pilate was expressing skepticism in objective truth. Jesus had just brought up the concept of truth, but Pilate would not engage the conversation. With his rhetorical question, he dismissed the truth that Jesus wished to convey. Your truth is not my truth. Pilate’s exasperation with truth is especially shared in cultures like ours that value individual truth over objective truth.  The question, “What is truth?” is a snide devaluation or rejection of truth. Jesus need not go on in Pilate’s court speaking of universal truth since what is true for a Jew is most likely not true for a Roman. Likewise, Westerners live by the mantra: what is true for you may not be true for me.

It is important to remember that the biblical context for Pilate’s question is a court scene. Jesus is on trial and Pilate is tasked with administering justice. Messianic prophecies notwithstanding, Jesus did not stand a chance. Justice suffers when truth is abandoned. In a court, where universal truth is dismissed, justice becomes elusive and unfamiliar. In Pilate’s court, justice was more influenced by the whim of the mob than the truth of the ages. When Pilate turned to the outspoken crowds for direction, he was actually pursuing personal benefit rather than true justice.

Unfortunately, this approach to justice is not only present in our society, but also creeping into the Church. Justice is being influenced by what is popular or advantageous. Scripture is used more to support a stance than form one. Among the seven IPHC core values, justice is the most difficult, for many of us, to define. The erosion of truth has led to a crisis in understanding justice. Our hope is that this year’s emphasis on justice will help us grapple with the topic and come to an understanding of justice that is biblically based, Christ-centered, and faithfully expressed.

Justice must be biblically based. A primary victim in the rejection of universal truth is Scripture. Rather than seeking after what God meant through Scripture, we ask what Scripture means to me. However, the purpose of Scripture is to communicate universal truth. Indeed, that truth is communicated in a variety of styles using a variety of people in a variety of situations. Yet, behind every text is a principle given by God. These principles apply to our whole life, including our concept of justice.  Justice should be defined by biblical truth. In our society, there are many special interest groups competing for influence over our concept of justice.  Even the screaming mobs can correctly identify injustices and solutions, but the crowds do not convey the totality of biblical justice. Godly justice is never a popularity contest. There will be times when Scripture will compel us to stand for that which is neither popular to the crowd nor immediately desirous to us. We are often tempted to seek justice for the people and causes that appeal to us and neglect the rest. Biblically based justice never takes into consideration whether something is appealing or popular, and often calls us to participate in what is uncomfortable and unpopular. If we accept that Scripture contains universal truth, we must look to all of Scripture to inform all of our understanding of justice and resist the temptation to only stand with what is trending.

Justice must be Christ-centered. The ultimate expression of God’s divine communication with humanity is found in Christ Jesus. It was once popular for people to wear bracelets with “WWJD” imprinted on them. This reminded people to ask, “What would Jesus do?” While this slogan was clever and helpful, it fails to capture the total responsibility of the Christ-follower. Being Christ-centered is not simply a matter of mimicking Christ’s actions, but rather having the mind of Christ. Christ-centered actions flow most genuinely from those whose minds are no longer “conformed to this world” but “transformed by the renewing of your mind” (Romans 12:2).  Anyone can act Christ-like for a moment, but true justice will require consistent Godly thinking as a prerequisite to any action. Unfortunately, many elements of popular social justice are me-centered and undertaken to make us feel better or trend better on social media. We act like Jesus in front of the camera or in the midst of injustice, but fail to think like Jesus when eyes are not watching. Having the mind of Christ motivates us to intervene in the injustices that are unseen or neglected. God is grieved by injustices, whether or not they are shared on Facebook or marched against in city streets.

Justice must be faithfully expressed. I have come to learn that injustices exist for three reasons: distance, disdain, and distrust. First, people act unjustly because they are distant from God; they do not know Him. Second, injustice thrives because people have disdain for God; they know Him but do not love Him. Third, injustice survives (even in the Church) because people distrust God; they love Him but do not always trust Him. Indeed, trust is a difficult thing. The erosion of truth has been greatly aided by widespread diminishment of faith. In fact, calls for social justice are sometimes made in an attempt to portray the Church as a relevant entity in a culture that is increasingly suspicious of the Church, rather than faithful to its God. If the Church is losing its voice, credibility, understanding, or even interest in the matters of justice, the solution is not to chase after what is popular, but to return to faithfulness. It may sound quaint or unrealistic, but our pastors today have a huge task in front of them in helping their congregations trust the God they love. Scandals in the Church and pressures outside the Church have taken their toll on many believers. Faith is now a matter of convenience and the Church is working overtime to cater to this reality. We are seeking new ways to make it convenient to attend, convenient to give, convenient to study, and even convenient to practice justice. Biblical, Christ-centered justice, however, is often inconvenient and is only sustainable when practiced out of a deep trust and faith in God.

We can’t make justice popular or convenient enough to foster a lifestyle of thinking and living justly. We may inspire moments or bursts of good behavior, but those are short-lived and inconsistent. Thus, we must lead people (even Christians) into trusting relationships with God that will ultimately manifest in both the desire and the courage to think and act justly in every situation. Authentic faithfulness is tested more in our daily dilemmas and mundane activities than in monumental decisions. Genuine justice is lived out just as much in our grocery shopping as it is on foreign missions trips. Justice should be practiced just as much when we buy our clothes as when we protest in the streets. Justice that is biblically based, Christ-centered, and faithfully expressed will permeate our lives, our homes, and, eventually, our culture. Our pursuit of justice will not be limited by what is popular, advantageous, or convenient. The world outside the Church does not even know what truth is. Why would we allow them to lead us in areas concerning justice? The Church must prepare to lead the way in defining and practicing justice and, before we organize the first protest or fund the first project, we must develop people ready to take on the task.

When we consider justice in our world, we can get overwhelmed by the amount of injustice we see. God reminded me recently that He only called one person to save the whole world, that was Jesus and not me. The rest of us are simply called to be obedient in the situations and callings in which we are led by His Spirit. Thus, we must prepare to be obedient. That preparation is caught up in being biblically based, Christ-centered, and full of faith. Alongside our strategies to promote social justice, we must also implement strategies to develop people to take on the task of everyday justice.