"For the earth will be filled with the knowledge of the glory of the LORD, as the waters cover the sea" (Habakkuk 2:14).

Last month, we had a meeting with the members of the team working at the Oasis Center. It was a time to remember the trajectory that this ministry has been on in its fight against human trafficking and its effort to reach out to people trapped in the sex industry for more than ten years. The project to purchase the building located just one street away from the red-light district has reached 95% of its goal this month, and we are confident that by the time we must close the contract with the landlord by the end of this year, the goal will be reached. Therefore, we already thank God and can consider the Oasis Center as our property to continue to operate as we have been doing all this time. In addition, there are projects for the future to develop a secondhand boutique and a coffeeshop with which we will be able to generate jobs for the girls who want to get out of this environment and earn an economic income in a dignified way. 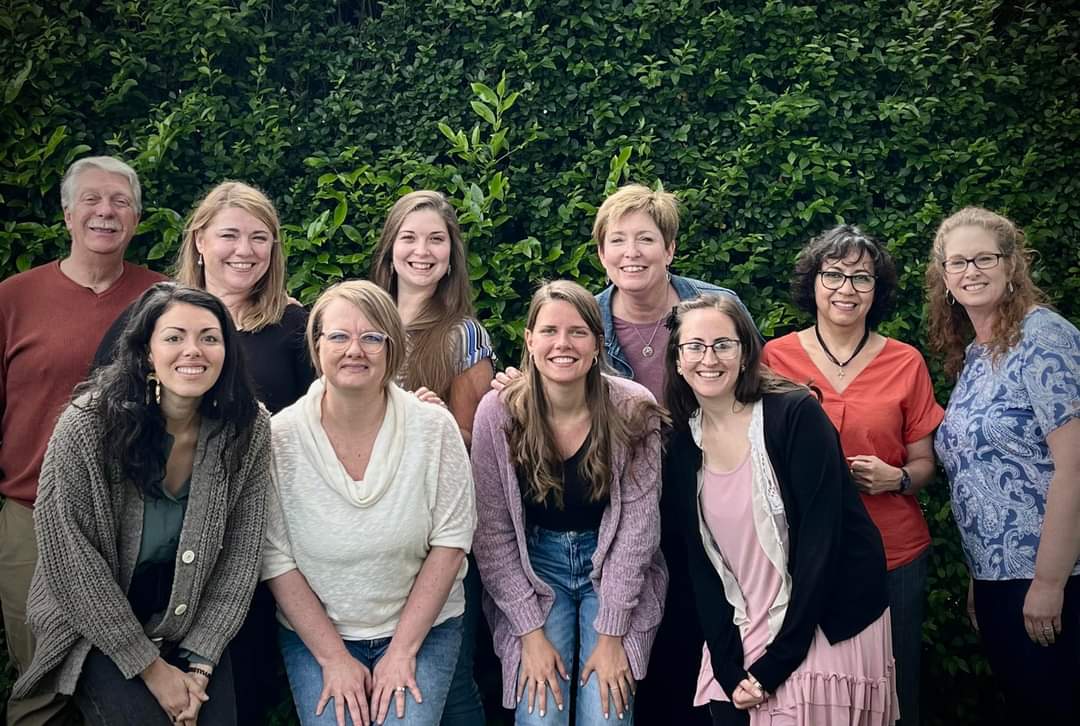 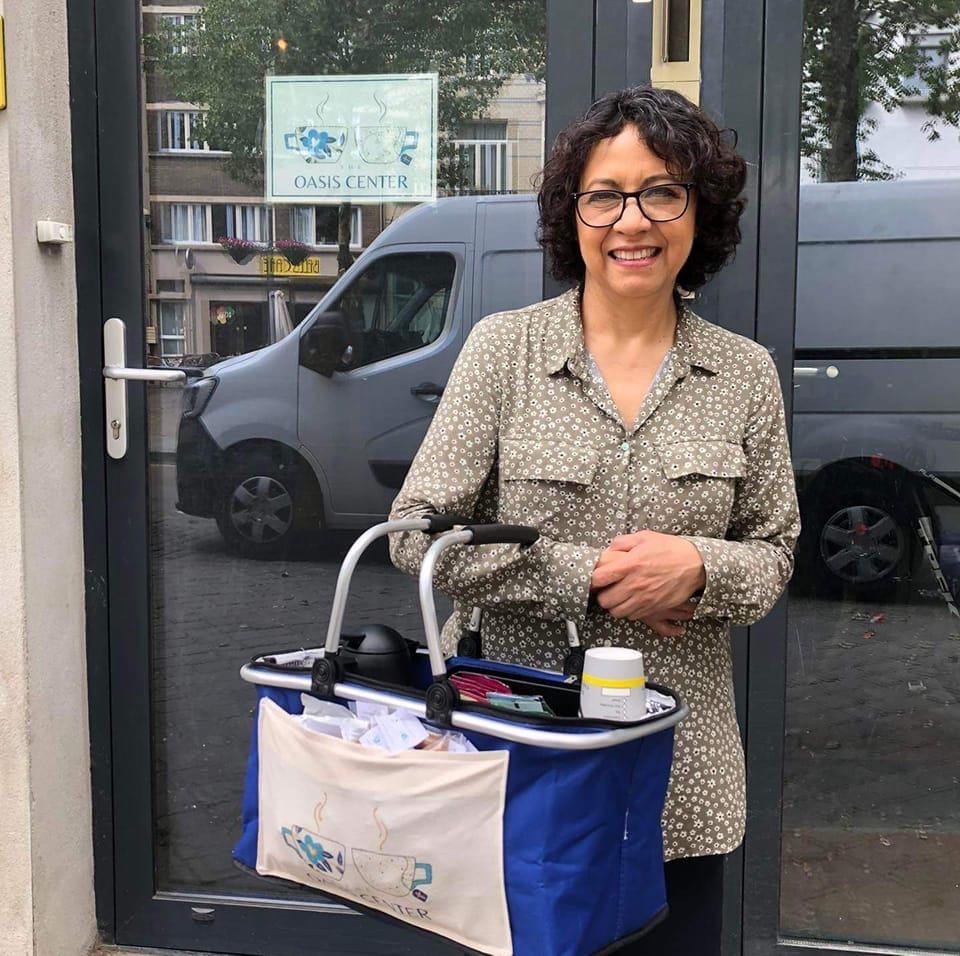 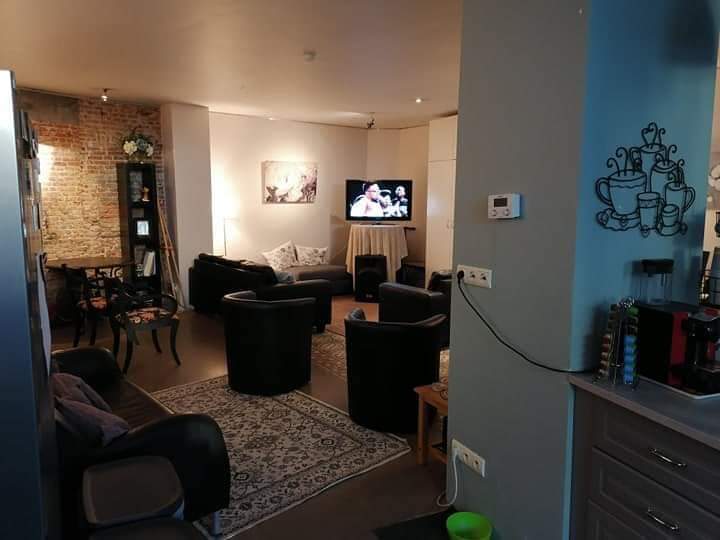 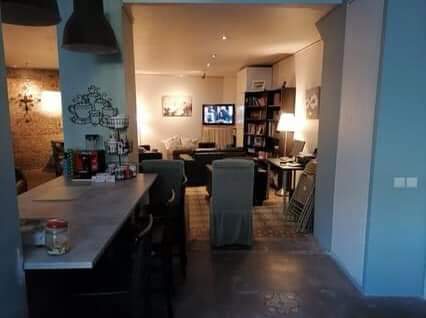 Since my first contact with the Oasis Center in the summer of 2020, I became involved with a ministry called EFN (European Freedom Network), a Christian organization that brings together the efforts of European countries striving for a world free of human trafficking and commercial exploitation. Their strategy is to coordinate and facilitate collaboration and global response among the stakeholders. They also seek to build capacity by creating professional programs to deliver impactful results. This organization engages churches in the fight against human trafficking and commercial exploitation as well as in the restoration of survivors. This allows for the empowerment of survivors as agents who can partner and contribute to helping others pursue freedom. EFN is striving to change the inadequate systems present in society that cause the existence of human trafficking and commercial exploitation. They also promote influence in our culture to awaken awareness of these perversities, as well as the devastation caused to individual lives and society as a whole.

This month, I had the honor to meet with a girl from Finland who is a member of EFN and has been working in Italy for several years. Her task this summer was to connect with those of us who work reaching out to people trapped in prostitution and focusing especially on transgender people in places like Amsterdam, Germany, Italy, France, and Belgium, among others. It is very sad to see how the change of gender in Europe is becoming so common and popular that we can see in the newspapers how they celebrate this fact without any moral censorship.

It was so well known and accepted by society that the prime minister of Belgium, during the years 2011-2014, was a homosexual who cohabited with his partner and, on several occasions, we saw them walking through the streets of the city center holding hands. Other European countries also have had leaders in positions with this lifestyle, and people consider this fact normal. Moral corruption has reached its highest levels in our days in Europe.

"Thierry became Typhanie Afschrift: the famous lawyer tells us about her gender change." 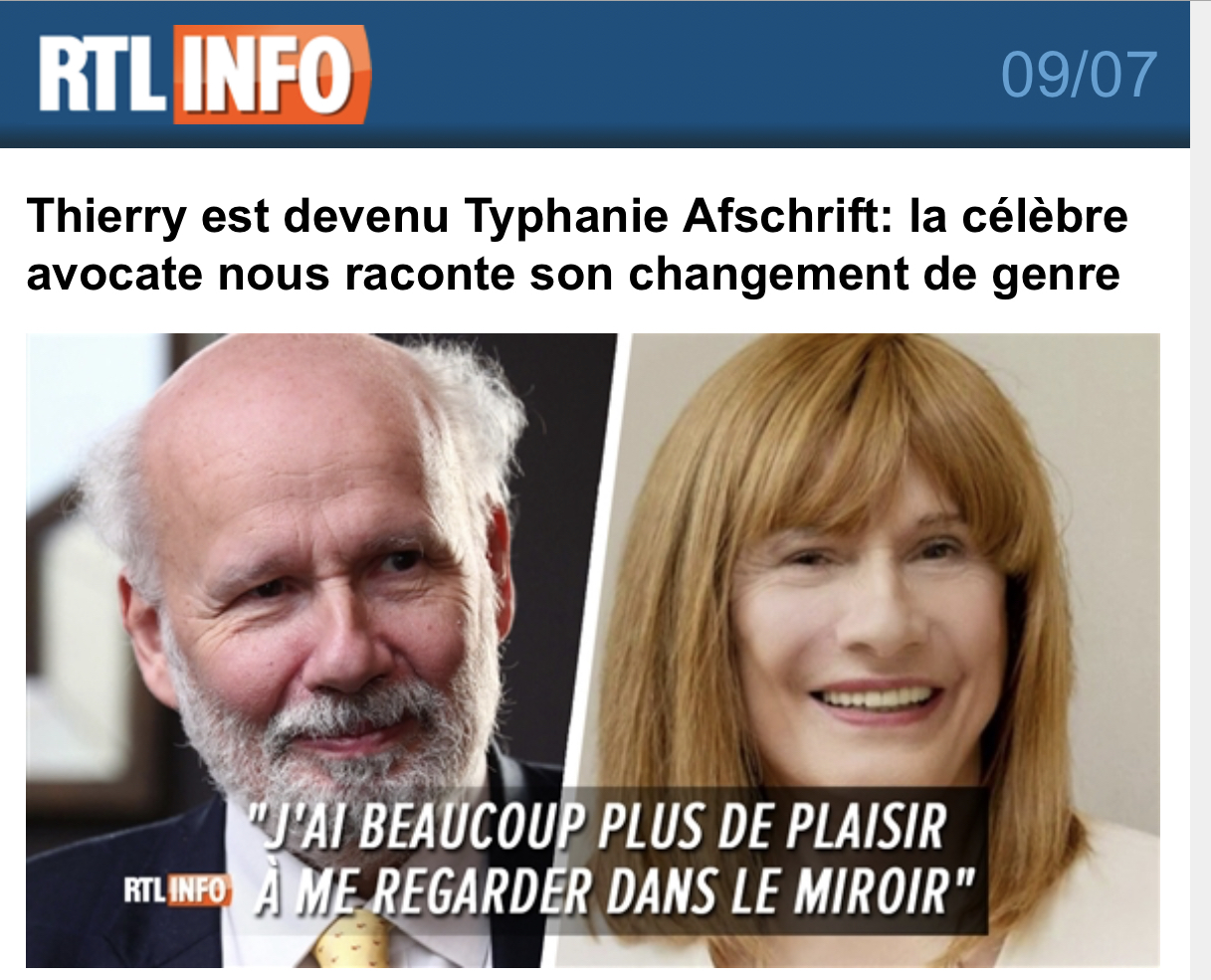 I would like to use these lines to introduce you to José. I met him in the summer of 2020 as Maria José. On the first day, he confessed to me that, although he presented himself as a woman, in reality, he was a man who had undergone a total operation to consecrate his life in prostitution. His total transformation has been a powerful testimony for all of those who knew him in the past. The Lord placed him in my care from the moment he made the decision to surrender his life to Jesus, and I have been in charge of his discipleship since that day.

His walk has been full of struggles and great opposition to reverse what he decided to do with his body in the past. However, he continues to declare every day that he is a new creature, and now his only desire is to share his testimony so people will know of God's great love and power. Last week, I had the opportunity to travel to Malaga and visit him in his new residence along with Shawn. We were able to spend a week ministering to him and affirming his commitment and obedience to the Lord.

The message that the Lord allowed me to share with the church this month was about the hope that we have in Jesus Christ as the anchor where our life can rest and withstand the difficulties of this world. The people were greatly edified, and I thank the Lord again for allowing me to be a useful instrument in His hands.

In personal matters, I have enrolled in school to take Dutch classes, which I will start next September. I pray to God to be able to assimilate this language quickly and to communicate more effectively in this region of Belgium. I continue working to obtain my Belgian driving license; it seems to be more complicated than I thought, but I know that it is a necessary document, and I must persevere until I get it. I ask for your prayers to achieve this goal. This month, I will also be traveling to Florida to attend the IPHC quadrennial convention. It will be an honor to be able to personally contact pastors and leaders who have been supporting the work in Belgium, as well as to share with them the testimonies of what God is doing in this place.

I do not want to say goodbye without thanking you again for your constant support, both spiritual and financial. I will never cease to repeat that without your help, it would not be possible to continue doing the work that the Lord has allowed me to do.

"The grace of the Lord Jesus Christ, and the love of God, and the communion of the Holy Spirit be with you all. Amen" (2 Corinthians 13:14).

May God bless you all,