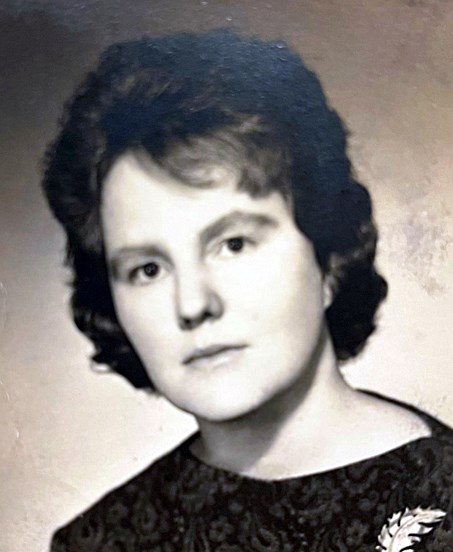 Nova Maxine Jones Lopez, 87 of Reelsboro, North Carolina went home to be with the Lord on Tuesday, November 15, 2022,

Born in Pamlico County on June 11, 1935, Maxine was the daughter of the late Mack Daniel Jones and Marie Brinson Jones. As a young woman, she answered the call to the mission field and graduated from Holmes Bible College and Virginia Medical College, where she studied nursing. Following her education and training, Maxine became a missionary with the International Pentecostal Holiness Church. She served many people in Haiti and Mexico where she ministered healing and shared the love of Jesus for 56 years. After her retirement, she returned to Pamlico County to be with her family.

She was preceded in death by her husband, Manuel Lopez; and three brothers, E.D. Jones, Mack Jones, and Dewey Jones.

She was laid to rest with her parents at Sand Hill Cemetery in Reelsboro.

I was privileged to travel to Reelsboro and participate in the funeral service for a heroine of the faith and IPHC Missionary on Tuesday, November 22, 2022.  Thank you to pastor Alan Woodard who officiated the service and Rev. Lopez’ family for the special privilege they afforded me.  The family was also honored by the presence/attendance of Rev. Doug Bartlett, Assistant Conference Superintendent of the North Carolina Conference, and General World Missions Ministries Council member.

Rev. Nova, (the name she went by in Reelsboro) was ordained as a minister and missionary by the Eastern Virginia Conference now known as Redemption Ministries on November 16, 1961. The majority of her missionary service was served in Mexico where she taught at the Elim Bible Institute for over twenty years with the exception of an assignment as a nurse in Haiti from 1989 until 1993. Mrs. Nova retired as a Career Missionary after having served faithfully for 56 years, in July 2017.

Mrs. Nova willingly went wherever there was a need and filled that need with spiritual wisdom, grace, and dignity.  Only our Heavenly Father has a complete record of the souls won, students trained for ministry, and churches planted and built as a result of her love for the lost and her unselfish giving of herself and her talents.

Like the great Apostle Paul, Mrs. Nova fought the good fight, finished her course, and kept the faith.

When I think of women missionaries that I have known and who God has used powerfully, this humble lady must be included alongside names like Ms. Fannie Lowe, Mrs. Charlene West, Mrs. June Carter Canavesio, Mrs. Marguerite Howard, Ms. Anne Lyons, and Mrs. Judith Perez.