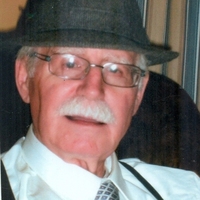 Ronald Lee Fritch, of Oklahoma City, Oklahoma passed away Saturday, May 2, 2020, in Shawnee, Oklahoma, at age 82.

Ronald began preaching the Gospel of Jesus Christ at the age of 20.  He traveled widely as a tent evangelist and church revival speaker.  Together with his wife, Linda, he pioneered two churches and served as an evangelist, college professor, and missionary to South Africa, where they built World Harvest Theological College to train ministers and Christian workers for the Kingdom of God.

He was preceded in death by his father, John P. Fritch, mother, Sarah A. Fritch, and one brother, Philipp Fritch, Oklahoma City, Oklahoma.

Ronald is survived by his wife, Linda Mae Fritch, and all of his children and grandchildren.

Drs. Ronald and Linda Fritch left a legacy that continues to perpetuate itself today, as men and women study God’s Word in preparation for service in the Kingdom at World Harvest Theological College (WHTC) in Primrose, Germiston [Johannesburg], South Africa.  World Harvest Theological College, which functions as a multi-racial college, continues to serve as a Pentecostal Holiness institution whose purpose is to provide quality education to all denominations and independent students who desire to prepare for a role in the ministry of the church.  Dr. Ron Fritch & Dr. Linda Fritch started the school in 1992.  The vision was to have high-quality education at an affordable price.  A vision which they pursued until their retirement from World Missions Ministries in 2007.

Rev. Joe Delport, Regional Director for Southern Africa, made the following comments regarding the ministry legacy of Dr. Ron Fritch:

“It is with sad hearts that we hear of the passing of Dr. Ronald Fritch on his 82nd birthday.  His dedication to the Word of God was so exemplary.  He and Linda were the founders of World Harvest Theological College in Johannesburg, South Africa, where they impacted the lives of thousands of leaders who are in ministry today.  Under the leadership of Dr. Pika, the college is still equipping leaders.  Our condolences to Dr. Linda Fritch and family from all the leaders and WHTC students of the Pentecostal Holiness Church in South Africa.”

The WMM Council transferred the title deed of the World Harvest Theological College campus in Primrose to the General Conference of the Pentecostal Holiness Church of South Africa in 2019.  Dr. Pika currently serves as its director/principal.

We can find comfort in God’s Word, which declares that to be ‘absent from the body is to be present with the Lord.’  And so today, while our sorrow is deep, it is not without hope.  In the Gospel of Matthew, Jesus declared, “Blessed are those who mourn, for they shall be comforted”.  May the Holy Spirit comfort Ron’s family as they mourn his earthly departure, and may the peace of Christ, even the peace that passes all understanding, abide with them and rest upon them in the name of the Father, and of the Son, and of the Holy Spirit.