One “Arise 2033” goal is to believe God for 5,000 new congregations outside of the USA by the year of 2033. WE ARE BELIEVING GOD FOR 5,000 NEW CONGREGATIONS IN AFRICA ALONE. Let us pray together believing God for this huge increase.

Malawi is often called the Warm Heart of Africa for the kindness of its people. It is a beautiful country located in the southeast part of Africa. The IPHC has had a presence there since the 1950’s, and the work has done well over the years. As regional director, Joe was recently assigned oversight of Malawi as part of his Southern Africa Region. He had the privilege of meeting with the national leaders to acquaint himself with the work of this country. During this meeting, much was discussed, and visions were cast for the future.

We had a wonderful Empowered21 Congress in Boksburg, Johannesburg, with thousands of people in attendance every day. Many leaders came from all over the world. Every day was filled with anointed preaching and teaching by well-known global speakers. Empowered21 is a connectional organization, helping shape the future of the Spirit-empowered movement throughout the world. 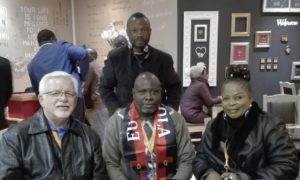 David, Michelle, and Bradyn Riley came to South Africa for a fourteen-day fact-finding trip, as they will be working in South Africa as missionaries with the IPHC in the near future. While here, they were exposed to different ministry opportunities both in South Africa and Mozambique. Please, will you consider supporting them monthly so they can fulfill their calling to Africa? 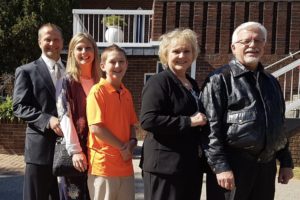 At the Northern KwaZulu Natal conference, which is located in the heart of the Zulu nation, there was much excitement as people heard that the President of South Africa, President Cyril Ramaphosa, was coming to address the conference of nearly 1,000 people. On Friday evening, July 5th, the president’s motorcade arrived at the applause of the people. He was ushered in on a red carpet and was introduced to the conference by our Presiding Bishop, Joe Dibetsoe. The President’s speech lasted for about 50 minutes, encouraging the people of South Africa to rally around the reconciliatory message Nelson Mandella brought to the nation after his incarceration. 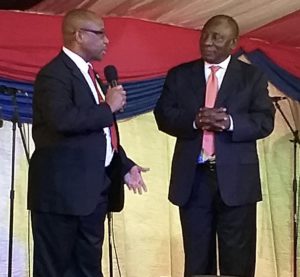 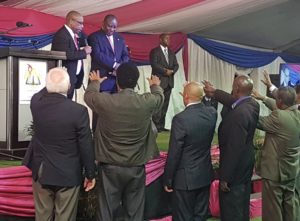