This foolish plan of God is wiser than the wisest of human plans, and God’s weakness is stronger than the greatest of human strength. Remember, dear brothers and sisters, that few of you were wise in the world’s eyes or powerful or wealthy when God called you. Instead, God chose things the world considers foolish in order to shame those who think they are wise. And he chose things that are powerless to shame those who are powerful. God chose things despised by the world, things counted as nothing at all, and used them to bring to nothing what the world considers important. As a result, no one can ever boast in the presence of God. - 1 Corinthians 1:25-29

I was reminded of this passage recently and was meditating on all that the Lord has done in my life. I realized again that I would not be where I am now if it were not because of Him. I could not even be able to serve Him if it were not for His grace and His mercy.  Feeling sad this month and missing my husband so much, I was reflecting on how effective he was in doing ministry here, but now it is just me. This passage reminds me that it is God who calls us to fulfill His purpose, and we only need to surrender ourselves to His plan, being obedient and faithful to His calling, the rest is up to Him.

The month of October was full of activities. The second half of my Dutch course was the most intense as I began learning more vocabulary and going deeper into the grammar of the language every day, but Praise God, I passed the first level. Now, I’m going to take a break before I start the second level in February.

Bible school this month was in person, and I enjoyed the interaction with the students. I love to prompt the students with questions that make them think and use their knowledge of the Bible. The subject of the Holy Spirit is so important, yet many churches have forgotten to preach more about our dear Counselor and the One who gives us the power to walk the Christian life and manifest the fruits of our supernatural new life. 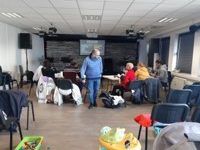 Christian Community has held a photo exposition organized by the Antwerp council of churches (ARK). There are 130 churches registered in a city of 1,053,000 inhabitants which means one church for 8,100 people. That’s not enough. The exposition was an opportunity to make the church known in our community. Most of our visitors were elderly people from a catholic background, and they were very surprised by the way we conduct our services.

As I mentioned in my newsletter before, I was responsible for the activities of the Oasis Center during the month of October. It wasn’t until I was preparing the report that I realized the amount of work we do to reach out to the community who works in the district. We were able to give away 470 cups of coffee, tea, or hot chocolate in 18 outreach efforts and we provided warm meals for 66 people. Plus, during our weekly devotionals, we exposed our visitors directly to the Word of God. We believe that the seed is being planted in the hearts of these people and we will have a big harvest sooner or later. 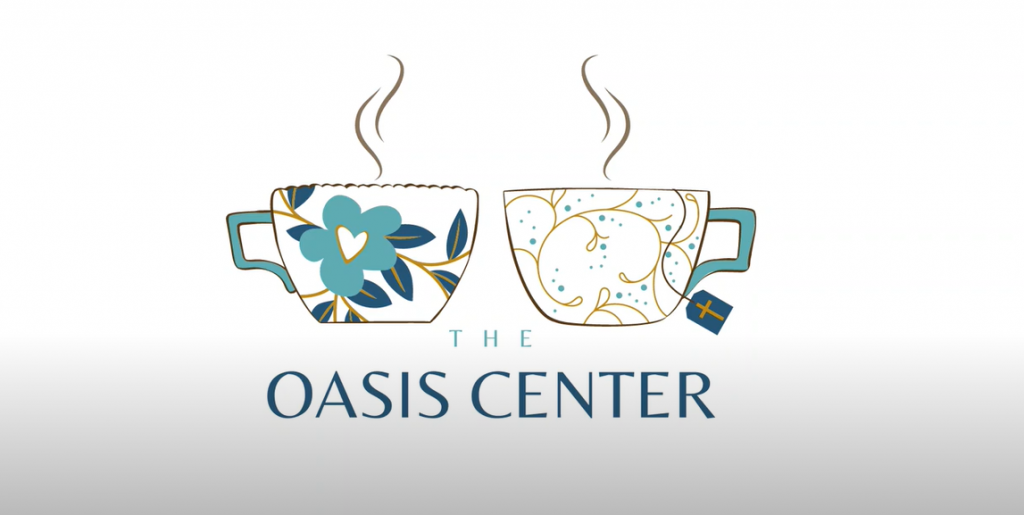 Lulu shares about the mark of being a true disciple with The Oasis Center.

My heart is full of gratitude towards God and towards each of you that constantly support me both spiritually and financially. The work in the kingdom of God only can be accomplished where the body of Christ works together and in harmony. May God continue to bless you all.