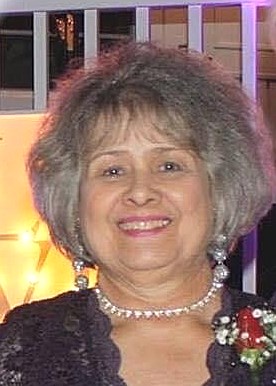 Betty Joyce Parks Ward, age 79, went home to be with her Lord and Savior on November 7, 2022. She was born February 5, 1943, in Scotland County, NC to Curtis H. and Katie Marsh Parks. She attended Holmes Bible College, Greenville, SC; Cedarville University, Cedarville, OH; and Central State University, Wilberforce, OH, where she earned a B.S. in Education.

Joyce and her husband, James, served together in ministry in the International Pentecostal Church of Christ where they pastored the headquarters church in London, OH, and in the International Pentecostal Holiness Church (IPHC). The family traveled across the Western North Carolina Conference of the IPHC conducting children’s crusades as the Ward Family Puppeteers and conducting teacher training seminars at the conference headquarters. James and Joyce pastored Worthville Pentecostal Holiness Church in Randleman, NC. During that time, she also served on the Women’s Ministries Board and as the Girls’ Auxiliary Director for the conference.

After retirement from teaching, Joyce and James began full-time missions ministry with the International Pentecostal Holiness Church in Guatemala. They served as career missionaries from November 2002 to 2010 and returned on occasion for short-term projects and the annual pastors conference. When Joyce was not spending time with her dear friends from North Pointe Pentecostal Holiness Church, she could be found gardening her extensive plant and flower collection or sitting on the park bench watching her fish swim in the pond.

Joyce was preceded in death by her beloved husband of 54 years, James Paul Ward, Sr., her parents, and her brother, Robert (Bobby) Parks. She is survived by her son, James P. Ward, Jr. (Joy) of Bavaria, Germany; her daughters, Joylita Terpstra (Tracy) of Cleveland, TN; and Janiese McKenzie (Aaron) of Jamestown, NC; grandchildren, Trés Ward (Rachael), Justin Ward (Elizabeth), Karis Moreland (Chase), Jaylyne Ward, Katherine Terpstra, Matthias Terpstra and Ashton McKenzie; and great-granddaughters Felicity and Nora Ward. She is also survived by her brother Curtis Parks (Dale) of Holly Springs, NC; sisters, Frances Partin of Black Mountain, NC, Darlene Odom (Franklin) of Cleveland, TN, and Faye Nelon of Swannanoa, NC, and sister-in-law Marilyn Ward of Yukon, OK, and many nieces and nephews. Joyce, affectionately known as “The Queen”, will be deeply missed by family and a host of friends around the world, especially the precious people of Guatemala.

Online condolences may be offered at www.haneslineberryfhnorthelm.com.

The IPHC World Missions family honors the life and ministry legacy of Joyce Ward, affectionally known to many as ‘The Queen.’ Along with her husband, James (1944 – 2020), Joyce served as an IPHC missionary to Guatemala from 2002 – 2010.

Joyce and James made a great team and were exceptionally effective career missionaries whose legacies remain deeply imprinted on the ministry fabric of the country of Guatemala.

Joyce was a Godly and stately lady who I greatly admired.  Mrs. Kelley Ely, found the following excerpt in Joyce’s WMM personnel file that she wrote prior to going to Guatemala:

“The past months had been filled with both happiness and confusion. I recalled how thrilled my husband and I had been when we obtained approval from the World Missions Board to go to Guatemala as missionaries. However, like a crashing landslide, a troubling thought had tumbled upon me. “We would not be able to see our children or grandchildren for a long, long time.” Missionaries just don’t fly back and forth every weekend! At first, I had felt I could endure that for the sake of our mission. Then, as time went by, waves of doubt had washed over me. For the first time since making our decision to serve in Guatemala, I began to question, ” Lord, what am I to do? How am I going to handle this?” Today, I needed His peace in order to stop the tears that kept splashing down my face, preventing me from going ahead with our plans. Silently, I began to pray asking God for reassurance that I could handle the separation. As always, His presence was very real that morning. I reminded Him this battle was much too hard for a mother and He would have to fight it for me. I knew in my heart He had the answer, but I also sensed He wanted me to be willing to drop the burden at His feet, never to pick it up again. I had recently read that man, in his trouble and difficulty, needs nothing so much as a refuge, a place to hide, a place where none and nothing can touch him. I knew the eternal God was my refuge, and I wanted to hide in Him until the fear of separation was past. While reflecting on this, I was drawn to the journal I had laid beside me on the bench. Opening it to the devotional section for that particular day, my eyes immediately fell on these words, “Your loved ones are very safe in my keeping.” For a few minutes I sat there in wonder. God had previously spoken to me through many creative methods, but never quite like this! This was the reassurance I needed! Immediately, the turbulence inside me began to subside and joy rippled through in its place. To some, this would have been thought of as ” just a coincidence.” To others, these words may not have been sufficient for their need. But for me, this was enough. I had laid my burden at His feet, He had given me renewed assurance, and now I could go on my way rejoicing. Before leaving the water to go back inside, I took one final look at those precious words in my journal. While doing so, my heart was filled to overflowing, and I knew the moment for which I had prayed had come at last. With the promise that my loved ones were safe in His keeping, He had enabled me to say goodbye to my family at home, so I could say hello to my new family in Guatemala. What a mighty God we serve!”

During her time with World Missions, those who knew and worked with Joyce esteemed her as a devoted wife and a courageous co-laborer through many years of ministry.

Like the great Apostle Paul, Joyce fought the good fight, finished her course, and kept the faith.

The memory and work of Joyce Ward lives and continues through her family, many friends, and co-laborers in Christ.

“The grace of the Lord Jesus Christ and the love of God and the fellowship of the Holy Spirit be with you all,” especially – Joyce’s family!