2018 marked our 10th year of service in IPHC World Missions Ministries and our 10th year of marriage in February. As we look back over 2018, we can point to many events and opportunities that demonstrate the faithfulness of God and the unfolding of His Kingdom in East Africa. We want to share a few of those testimonies with you who have partnered with us in prayer, labor, and financial support this year.

EABC opened in January with 21 students on campus, and over 60 students enrolled in our off-campus programs. The students this year came from Kenya, Rwanda, Ethiopia, Tanzania, Malawi, Congo, and South Sudan.

In February, we were joined by two teachers from Georgia, Stan Durden from Grace Fellowship Church in Athens, Georgia and Billy Pittman from Macedonia and Red Wine United Methodist Church in Georgia. Paul and Beverly Oxley from Franklin Springs, GA also visited the campus and ministered to the students and the community. Kevin traveled to Malawi to teach and preach at Guthrie Bible Training College in Blantyre. We also visited Mombasa, Kenya to see several of our graduates, their churches, and the great work they are doing to reach that city for Christ.

In March, Summer preached in a powerful Good Friday revival for the Eldoret District of the IPHC, and we celebrated Easter at Eldoret Worship Center.

In April, Summer held a Girl’s Ministry Conference in Nairobi. Around 120 girls from many churches came for three days of ministry. Summer was greatly assisted by a team from the Cornerstone Conference and South Henderson PH Church, including Pam Rooker, the Conference Girls’ Ministry Director, Bethany Martin, Jennie Robinson, Tabitha Glas, and Maggie Clark. During this event, nearly 100 girls accepted Christ and many more were blessed by the ministry which focused on the theme “Daughters of the King.” This team also ministered at the Hosanna IPHC Children’s Home. Later, Summer traveled to Lilongwe, Malawi with Irvina Parker, Executive Director of GM, to conduct a GM leadership training event with nearly 200 women in attendance. After returning from Malawi, Summer ministered to over 100 girls at two local Girls’ Ministry events in Nakuru and Turbo.

Kevin spoke at two IPHC Pastor’s Conferences (Nairobi and Embu) in April on the theme of “being led by the Spirit,” using Acts 16 as a model. Kevin also traveled to Maturu where six pastors graduated from the off-campus certificate program. Their families and church members gave goats as graduation gifts to excited graduates. There, Kevin preached at the Maturu church, which is pastored by an EABC graduate and out-growing its current mud building. The congregation is working together to build a new, permanent brick church building.

In May, Kevin traveled to Meru where 18 students graduated from the certificate in ministry program through East Africa Bible College. Most were senior pastors, and they were joined by their congregations who were overjoyed to celebrate their pastors graduating from Bible college. The celebratory dancing lasted longer than the actual ceremony.

In June, we traveled to Cape Town, South Africa and ministered at Kensington Worship Centre IPHC led by Pastor Cedric Potgieter. This church is reaching many young adults in this key African city. We also enjoyed several days of fellowship, worship, and prayer with our fellow IPHC missionaries in Africa.

In July, Hugh and Lois Hoyle from the Cornerstone Conference came to teach at the Bible school and close out the term while we were on furlough. The Hoyles are a great blessing to our campus and we appreciate their faithful help. This year, the students completed at least 18 courses. Kevin taught five of those and Summer taught one. Summer was also enrolled in several courses on the campus as she prepared for ordination in the IPHC.

In August, many EABC students started internships in preparation for graduation. Kevin was invited by Dr. Dan Woods to teach in Falcon, NC at the North Carolina Conference School of Ministry. Summer was invited to speak at the LifePoint Ministries Girls’ Ministry retreat by Georgia GM Director, Erica Campbell.

In September, we celebrated Summer’s ordination in Franklin Springs, GA. She felt God calling her to take this next step in the credentialing process and worked for nearly a year to prepare. Kevin was invited by Dr. Terry Tramel to speak at the Conference Missions Directors Summit in Oklahoma City, OK on the importance of Bible School ministry in World Missions Ministries. It was a blessing to raise awareness and generate excitement about this vital work.

September was difficult for Summer’s family. Her parents and grandmother lost their homes in Wilmington during Hurricane Florence. We thank God that they were safely rescued, but five feet of water flooded their homes and most everything was lost. Many of you have prayed for and helped them in the recovery process and we are glad to report that they have already started to rebuild with help from insurance, FEMA, DRUSA, the IPHC, family, and friends.

In October, Summer represented Girl’s Ministry in East Africa at the WM/GM Leadership Summit in Charleston, SC. She has a vision to connect Girls’ Ministry leaders inside the USA to Girls’ Ministry outside the USA. She is planning three Girls’ Camps in two countries for 2019 with the help of ladies in America. Kevin also spoke at Southwestern Christian University about cross-cultural ministry.

In November, we spoke at Holmes Bible College in Greenville, SC during their missions conference (known as the SEND Conference). We spent three days with the students teaching alongside other IPHC missionaries. 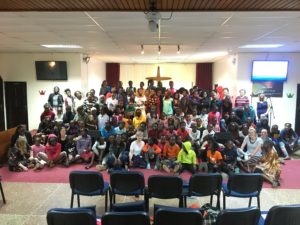 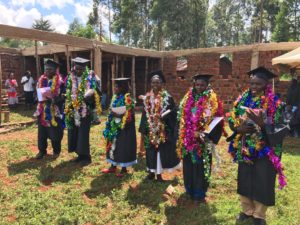 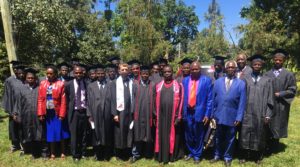