Thank you for your continued prayers and support! Our 6+ month long stretch (late May-late November) of constant travel and ministry has finally come to an end. We arrived safely back in Oklahoma City late on Tuesday evening, November 20, after flying halfway around the world from Asia (November 3-5), and then navigating more than 4,000 miles of highways between New England and Oklahoma (November 5-20). We are very thankful to be “home for the holidays” and look forward to seeing many of you!

“Brothers, pray for us, that the word of the Lord may speed ahead and be honored…and that we may be delivered from wicked and evil men. For not all have faith. But the Lord is faithful. He will establish you and guard you against the evil one.”

Chinese Christians and missionaries in China are currently under siege, with the Communist government actively pursuing and persecuting God’s people in ways we have not seen in decades. However, God is strengthening His Church and protecting His people in so many ways, and much gospel ministry continues as before. Here are a few examples:

1) See this joint statement from hundreds of Chinese house church leaders, standing firm in the face of opposition: https://asiaharvest.org/wp-content/uploads/2018/11/chinese-pastors-joint-statement.pdf — pray for Chinese churches to grow stronger in the fires of persecution!

2) Our long-term team of missionary families and individuals are still safe from the current persecution going on all around them, although the fire has burned quite close with many of their friends being forced to leave China. Pray for their continued safety!

3) We have been able to expand our evangelistic efforts in the past few months, doing even more this year than we have been able to do in previous years. God can surely do more with less, as He is showing us. We have been hosting more teams, distributing more Bible portions and tracts, and going to more difficult and strategic places than ever before. Pray that God would use and protect our teams, and that His Word would indeed “speed ahead and be honored” among the unreached in NW China!

In the remaining paragraphs, I want to share a few highlights from our travels since I last wrote in September…

In our previous newsletter, I mentioned that the girls were coming to join Gabriel and me for our final 10 days in India (September 18-28). Well, after picking up the girls in Kolkata (Calcutta) and resting for a day or two, we caught an “express” train for the return journey north. It was fun to watch the girls experience the crazy Indian traffic, crowded train stations, spicy curried foods, and then finally a midnight jeep ride back up into the mountains! It is hard to describe the feeling of climbing up the Himalayan foothills in an old jeep on the narrow, windy roads, as the lights from the Indian plains below get smaller and smaller and begin to fade into the darkness.

We enjoyed our time as a family in Darjeeling, India, as we explored and Gabriel and I tried to show the girls around and introduce them to the people we had met in the previous weeks. Our time in India went quickly and in many ways, we were sad to leave. However, we already had plans to visit the neighboring country of Nepal. 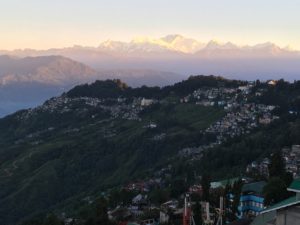 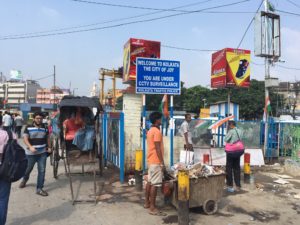 In Nepal, we were able to spend precious time with numerous friends and co-laborers in the gospel, including a new family just getting established in the local community, an Indian missionary family busy adopting Nepali children (besides other ministry responsibilities), local Nepalis involved in outreach to remote unreached areas along the Tibetan border, and others planting solid churches and taking care of orphans from the 2015 earthquake. The need is great in Nepal, but it seems that God is moving and pouring people and resources into this field that is ripe for harvest.

Pray for Nepali believers (and missionaries) to remain faithful to the Great Commission in the midst of government threats and increased persecution! 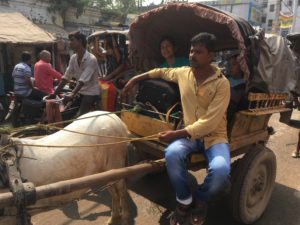 On the evening of October 16, my family departed Kuala Lumpur to fly north back into China for one last visit this year, and I boarded my plane south to Perth, Australia. Just two days after arriving back in China, my wife received terrible news that her younger brother (20) had died in a motorcycle accident near her family’s home in Lima, Peru. Because of our crazy travel situation, she was not able to travel to be with her family immediately afterwards. However, she did go visit Peru in mid-November after arriving back in the USA. Her family are not believers, so pray for my wife to have wisdom as she continues to share the gospel with them in the aftermath of their loss!

In spite of the family tragedy, those last few weeks my family spent in China included sweet fellowship with close friends and teammates who will be missed in the coming months as we spend more time than usual away from our adopted home in NW China.

While my family was back home in China, I was with some really wonderful people “Down Under.” The brothers and sisters at Collective Hope near Perth are really like a family, and I was privileged to get to be part of their family for nearly two weeks. I was invited to teach and preach on missions and the book of Acts numerous times, as well as in other nearby churches. They are very hungry to serve God, not only in their local community, but also in other parts of Asia and the world. God is forming a team from Perth that is going to make an impact in Asia in the coming years. I cannot wait for my next visit (hopefully in September 2019) to continue training and preparing an Aussie missions team to target NW China.

I had a long layover at London Gatwick on my way back to the USA in early November, and I was able to squeeze a couple of interesting things into the half day visit. First, I was blessed to be joined by my buddy Chris, an old friend who served for years in our city in NW China, who is now living with his wife in Europe. Second, instead of just sitting around the airport, we rented a car and drove down to Brighton Beach, where we walked the same rocky shores that Hudson Taylor did over 150 years ago on the day he surrendered to the Lord and committed to starting the China Inland Mission, which has since impacted countless millions of Chinese with the Gospel! 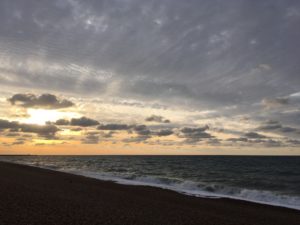 We are enjoying our time with family and friends and will be in the States until February 13th, when we head down to Peru for a season of ministry. If you are in Oklahoma and would like to have us come visit your church or connect with us sometime in December or late January/early February, feel free to e-mail us. Also, we will be traveling through the eastern US during the first couple weeks of January, especially Virginia and the Carolinas. Please contact us if you want to try and connect!

ps. As you likely get bombarded by year-end requests for donations, let me just say that our greatest needs are for our long-term team and their families serving under difficult
conditions in NW China. You can give towards that need at the following site. Thank you! https://give.iphc.org/missions/219769