Some Thoughts on Houston 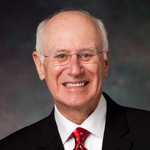 In recent days I’ve had some thoughts about Houston.

First, I’ve been thinking about Brian Houston, senior pastor of Hillsong Australia. In certain media reports, the Hillsong church plant in New York City has struggled at times to clearly articulate its views on sexuality and the Bible. Among other things, that led to a series of questions and challenges to Brian Houston about these matters at the recent Hillsong sponsored “No Other Name” conference in NYC.

In this blog from First Things, Andrew Walker updated an earlier posting about Hillsong and commends Houston for clarifying the Hillsong stand related to homosexuality. As the First Things blog notes, it is encouraging that Christian leaders are making unambiguous statements about this.

It seemed the same occurred last week regarding initial media responses to the 2014 Synod of Bishops meeting at the Vatican. After the digital dust settled, I am grateful that the Roman Catholic Church has not changed its official doctrine on matters of sexual morality and marriage as affirmed by Jesus and the apostles.

For both Brian Houston and the Synod of Bishops (as for all of us), speaking the truth in love requires fidelity to both dimensions. We do not need to place unnecessary barriers between proclaiming the Gospel and people hearing its Good News. Nor do we need to replace Jesus’ call to repentance with a less-than-Gospel message of accommodation.

Second, there has also been this matter of preachers, the pulpit, and government interference in Houston, Texas. Again, media reports from across the spectrum sometimes make it difficult to ascertain what is actually occurring. I’ve mainly been reading The Houston Chronicle along with other sites. At least from what I understand at this juncture, this article from The Christian Post makes the best sense to me. That being said, I am thankful that there has been a strong response against the actions of attorneys acting on behalf of the city of Houston as it pertains to a particular petition, even if those attorneys acted pro bono and on their own. The egregious nature of this action led even the Texas American Civil Liberties Union to complain that the lawyers and the city stepped over the line. I hope that all religious leaders in the United States recognize the threat against First Amendment rights of free speech and the exercise of religious liberty contained in this episode.

I know that the IRS prohibits intervention in political campaigns by entities exempt from federal income tax [Section 501(c) (3)]. That includes houses of worship. However, the interpretation of those exemptions is debatable and does not appear to be a direct issue in the matters before the city of Houston, Texas. From the pulpits reflecting either the political left or right, the IRS prohibition is problematic at best.

Though it appears that the Houston pastor’s sermons are no longer the object of the subpoenas, it remains troubling that other actions of the clergy are being targeted. It is my hope that the response to the city in this issue will serve to discourage similar actions by other governments against religious expression. It is also my hope that the voices that speak to our nation from our pulpits will not be intimidated by the threat of government intervention. In this particular instance in Houston, Texas, I agree with the pulpit voices as I understand them. But in the application of the general principle, even with those whose views I would not personally support, I support their right to speak to the public arena from their house of worship.

Perhaps this present “Houston, we have a problem” moment will serve to strengthen the public voice of the church and other houses of worship as we serve God for the sake of our nation.