This December we have a special Leadership Cast interview with Dr. Terry Tramel. Dr. Tramel began his ministry at the young age of 16 years old. In 1979 he became officially licensed as a minister with the IPHC and has been preaching and teaching the gospel of Jesus Christ all over the world. One of his hearts true passions, and part of his calling, has been as a teacher in higher education. Currently, Dr. Tramel is the Bible and Theology professor at Southwestern Christian University.

In this episode of the Leadership Cast Dr. Tramel discusses Christmas, the season, and what should be remembered as we enter this time of the year. In addition, he discusses the importance of talking about the birth of Jesus, not only during the Christmas season but, year round as a regular topic among believers. 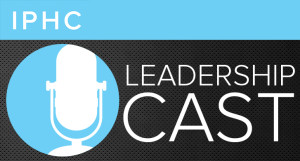