Around the country students are entering or returning to colleges and universities. They are filled with excitement, dreams, nervous anticipation, perhaps even dread. Their questions are as old as time: will I be liked? Will I fit in? Will my roommate be a nerd, psycho-path, or boring? Will I have enough money? Will I succeed in the classroom? And perhaps most importantly, will I soon have a date?

Recently Beloit College in Beloit, Wisconsin, released their annual Mindset List for the graduating class of 2019. They began this project in 2002 and you will find it entertaining and interesting to glance through the years, especially if you were engaged in higher education in those years.

This group is part of the final wave of Millennials, the generation born roughly from 1982-2004 (http://www.theatlantic.com/national/archive/2014/03/here-is-when-each-generation-begins-and-ends-according-to-facts/359589/). Due to rapid changes in technology, culture, and media influence, the past fifty plus years in the United States has led to noticeable differences between generations. These have been carefully and publicly catalogued with numerous books, articles, etc. I have lectured some on this during the period 2001-2005.

The Millennial Generation has grown up in some of the most significant times in American history. They are growing up with the sense that they may be the first US generation to have a poorer quality of life than their parents; they are growing up in the relative decline of American political, military, and economic global influence; they are growing up with radical changes in the nature and definition of family relationships. Some look with despair at the apparent loss of faith in traditional Christianity among this generation. I don’t discount those perspectives and we best take heed in terms of how we live and minister.

But there is another side to this story. In July I saw three manifestations of this other side that gives me hope for the future.

First, I was asked to speak at the IPHC National Royal Ranger Camporama held at Browns Summit, North Carolina. I’ll have to admit, it was somewhat intimidating to speak to several hundred boys nearly fifty-five years my junior. I had serious questions: Why did they ask me to speak anyway? How do you keep the attention of 600 boys?

After much deliberation and prayer, I decided to talk about two of my late dogs, Jack and Jill. Here they are in their former glory, Jack on the right, Jill on the left, and James the cat in the middle – dressed for Christmas. As you can tell, they really enjoyed it. 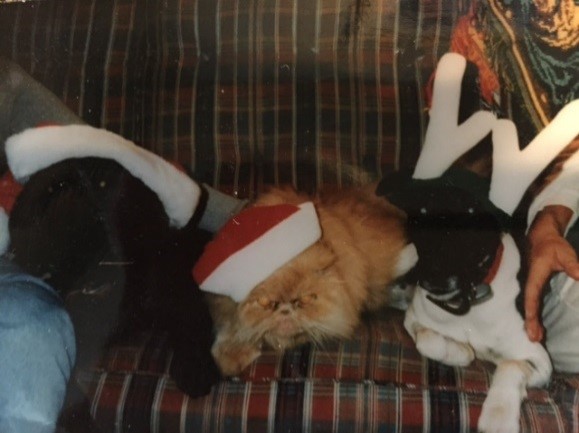 The Jack and Jill story, incidentally a true story, worked!

While praying that afternoon about the service, I sensed the Holy Spirit telling me to not only give an altar call (we are a Pentecostal church after all) for salvation or re-dedication, but to also give a separate altar call for full-time Christian service as a pastor, missionary, etc.

I’ll admit I struggled with the second impression. After all, these young men are between 8-14 years old and that’s a lot to put on someone that young. But I went ahead with it anyway. To be honest, I really didn’t expect much response to that specific call. I even gave them a way out by pointing out that you’re not signing a lifetime contract, you simply sense in your heart that this might be something God would have you consider.

To my surprise, about 50 of these boys came to the altar. They represented all ages and ethnic groups. I was simultaneously stunned, humbled, and overjoyed. Leaders joined me at the altar as we prayed for these young men.

The second episode occurred a week or two later in Daytona Beach, Florida at the annual IPHC Youth Quest and Fine Arts Festival. Bishop Tommy McGhee, Executive Director of IPHC Discipleship Ministries, had asked me to speak for about 15-20 minutes to the thousand plus teenagers about the IPHC response to court decisions regarding marriage and same-sex relationships. The IPHC Council of Bishops had adopted a position paper available on our website.

As before, I was nervous about speaking to these teenagers about these issues. I figured I would have their attention since it was about sex – that almost always guarantees anyone will initially listen. But I wondered how much they, or even the adults with them, had been influenced by our culture and would  just tune me out, or worse boo, when I affirmed the historic stance of the Bible, Christianity, and our own movement.

Related to that was something I discovered when I arrived in Daytona Beach. The speaker ahead of me that Saturday morning was Rev. Allen Griffin. He called me a few days earlier and asked if I would be willing to be doused in olive oil to illustrate his sermon on anointing. Yes, you heard me right – literally doused in a gallon of olive oil. Naturally, I said, “Yes”. If you would like to watch this service, it can be viewed online; the anointing illustration begins at the one hour, thirty-seven minute mark. 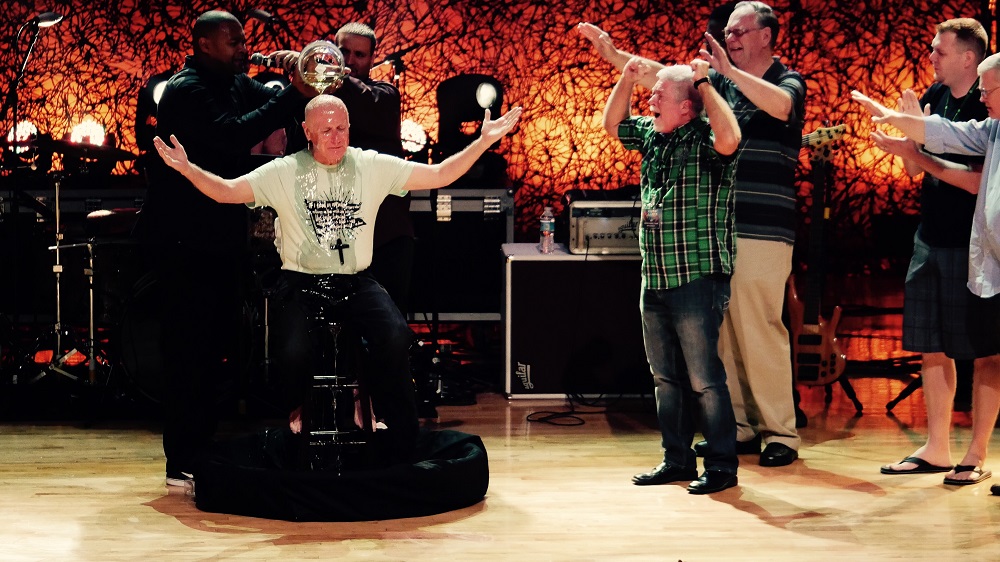 My wife said my skin was really smooth after that. But seriously, I wondered about two things: 1) How would the teenage audience react to the Presiding Bishop being covered in olive oil? 2) How would I follow this and speak about sexual morality?

To the first, in large measure due to Allen Griffin’s powerful message and introduction, the teens responded by recognizing the spiritual significance of this symbolic act. To the second, rather than change from the literally soaking-olive-oil-wet-clothes I was in, I decided to speak on sex with only wiping my eyes, my hair, my face and hands. In other words, I really felt that I needed to be covered by the Holy Spirit.

At the close of this twenty minute talk, which focused on marriage between a man and a woman, on avoiding fornication, and on freedom from pornography, I simply asked those who were struggling in those areas to stand. I have never been more amazed at the courage it took for these teens, and some adults, to stand up in the midst of a thousand people and ask for prayer. To this day I can see them in my mind, and continue to pray for them.

The third event occurred at the close of Youth Quest on Sunday night in Daytona Beach. The IPHC Student Ministries Advisory Team (S.M.A.T.) composed of Stephen Jones, Kaleigh Bishop, Brittany Galavin, and Josh Lafferty, briefly shared their vision and heart for this generation of teens and young adults. At the close Josh led in a praise chorus that seemed to go on forever.

I listened with tears in my eyes as a thousand young voices would not stop singing the chorus to “Great Are You Lord”, ‘It’s Your breath in our lungs so we pour out our praise, pour out our praise.’[i] What moved me was that Josh was not driving the continuous refrain; these young voices, keenly aware that it’s God’s breath that gives them life, sang it over, and over, and over again.

This is one reason I have hope for the future of our movement as well as hope for the future of Christianity in the West. God is still stirring in the hearts of young Samuels, learning how to hear His voice calling them to their destiny. God is still speaking truth about how we live as His followers, and He still anoints us with and through His marvelous grace and mercy. And, the hearts of generations fed on the un-filling food of our culture still respond to the life-giving food of the Spirit leading them in praise.