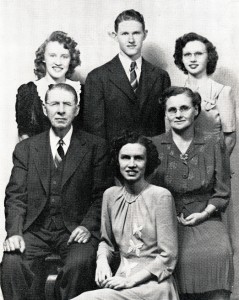 As a minister, Bishop King devoted his life to sharing the doctrine of holiness and Pentecost. In 1910 he launched a two-year worldwide tour which began in Asia and ventured into Israel and Europe, where he influenced revivals in Sunderland, England and Helsinki, Finland.[2]

Mrs. King was a dedicated wife, mother, teacher at the Franklin Springs Institute, and assistant editor at the Publishing House of the International Pentecostal Holiness Church in Franklin Springs, Georgia.  In 1953 she became general president of the Women’s Auxiliary and resigned her positions in order to devote her time to women’s ministry. Her work with the Auxiliary led her to organize Women’s Auxiliaries around the world.[3] 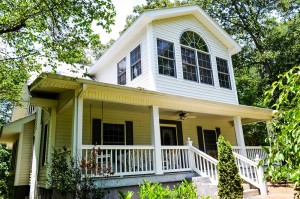 In 1922, J. H. King built the family home in Franklin Springs, Georgia. This home became a center of activity for the King family as they travelled and worked around the world. Since none of the children married, the death of Joseph Hillery, Jr. on May 22, 2014 marked the end of the King family line. 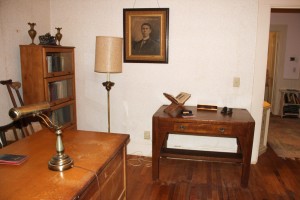 Bishop J H King’s Study, with the desk from his home (left) and from his office in Falcon, NC (right)

The International Pentecostal Holiness Church (IPHC) acquired the King House in January 2015 to honor the King family and their contribution to the global Church. This historic home is in excellent condition and will be open to the public to serve as a museum and memorial to the King family. As you visit the home, you can experience life as part of the King family–learning about their family life, deep theological understanding, and international influence. A digital presentation will also provide a glimpse into the lives of the former general superintendents and Women’s Auxiliary (Ministries) directors of the IPHC. 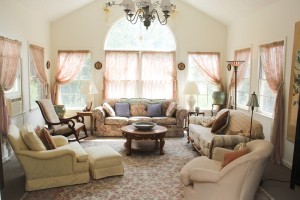 The IPHC is thankful for the tireless hours that the family of Rev. Raymond and Sue Carr have given to help prepare the King Heritage House for the public. Their work, along with that of Dr. Harold Hunter and IPHC Archives, has ensured that this historic home and its artifacts will be preserved for future generations. 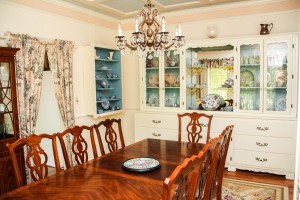 IPHC General Superintendent A. D. Beacham, Jr. invites you to join the International Pentecostal Holiness Church for the dedication of the King Heritage House at 9:30am on Saturday, November 7, 2015 in Franklin Springs, Georgia. For more information, please contact archives@iphc.org.