For All the Saints

I had not heard the hymn “For All the Saints” until 1972 in a chapel service at Union Theological Seminary (now Union Presbyterian Seminary). The words and music struck a deep chord in my Pentecostal heart. To this day I love that hymn; it was sung at my mother’s funeral, and I hope it will be sung when that day comes for me. You can listen to a beautiful version here. The opening lines connect me to the saints of God who have gone before. I think of their courage, their faithfulness, their fears, their struggles, and their abiding faith in the Lord of glory:

“For all the saints, who from their labours rest, Who Thee by faith before the world confessed, Thy Name, O Jesus, be forever blessed. Alleluia, Alleluia!”

November 1 is All Saints Day in the life of much of Western Christendom. It follows the secular perversion of Hallows Eve, contemporary Halloween, October 31. Meant to draw our hearts into remembering the connections we have by faith in Christ with those who have gone before us, it has been perverted into darkness and All Saints Day is barely, if at all, known by many of us. These connections for me are not about “saint worship.” Rather, the connections are those of hearing the voice and words of the same God, the same Son of God, the same Holy Spirit. These are connections of history, biography, tradition, a communion of saints that spiritually transcends time, language, culture; connections realized in the person of Jesus the Son of God.

This seminary introduction became something more spiritually significant in the mid-1980s. At that time the International Pentecostal Holiness Church had a training center in Finsbury Park, London known as the Centre for International Christian Ministries (CICM). For nearly 15 years I had the privilege of teaching there on an annual basis. Among the many blessings of that experience was the discovery of All Hallows-by-the-Tower, an Anglican 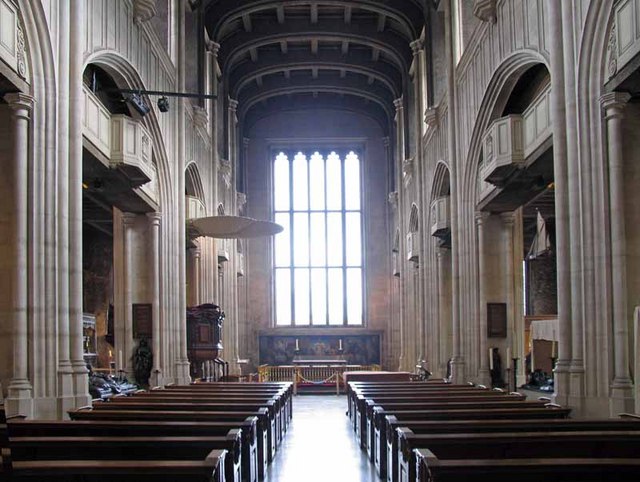 church that in those years became a place of spiritual refuge.

It was quiet in that church. I would usually go late in the afternoon. Though I never attended a worship service, I always felt that God was nearby. It was the perfect place to reflect on what I had learned from IPHC students who came from around the world to CICM in London. As a pastor and later conference superintendent in those years, it was where convergence of learning, family, personal growth, purpose, could occur. I always felt that I was in “the shadow of His wings” while there.

Now I find myself reflecting on All Saints Day while listening and reading the swirling news of politics. The media madness of this final week of the U.S. presidential campaign reminds me of Malcolm Muggeridge’s comment about journalism in England prior to World War II: “Journalists follow authority as sharks do a liner, hoping to feed off the waste it discharges, with perhaps someone occasionally falling overboard to make a meal, and once in a way the whole ship going down and providing a positive feast.”[i]

Amid the swirl of polarization, anger, accusations, recriminations (and that just among Christians!), I find myself thankful for All Saints Day. I remember that through Israel’s history (that great cloud of witnesses who “yet speaketh” in Hebrews 11), and through the 2000 years of people who “looking to Jesus” have “run with endurance the race that is set before us” (Hebrews 12:1, 2) that I am not alone. In fact, as bad as I think it is, it really doesn’t compare to what most Christians have experienced and are experiencing now.

I remember them. I take courage in them. I find solace in them. I hear their witness. I find hope in them. I remember that long after politicians are forgotten, the name of Jesus will still be heard. I join them in singing this closing refrain from the great hymn, praying that I will have the courage to be faithful and the simple humility to trust in Jesus: