On December 30-31, 2016 a year’s worth of prayer for revival culminated in Dunn, North Carolina, much like it did 110 years ago. In December of 1906, a Pentecostal Holiness preacher by the name of Rev. G. B. Cashwell had just returned from a six-thousand-mile pilgrimage to and from Los Angeles, California. The purpose of his journey was to be a firsthand witness of the Azusa Street Revival. Cashwell returned to North Carolina filled with Holy Spirit fire that was burning bright enough to change the world. He prepared for a watchnight service that would be held in an old tobacco warehouse and conducted the services in the style he had witnessed at Azusa Street. He invited people of every race, class, and denomination, preached the Azusa doctrine of tongues as he had heard William Seymour preach it, and waited to see what God would do. God did not disappoint. The watchnight service became a month-long revival. Ministers came from several states to seek Holy Spirit baptism in the Azusa fashion. Entire denominations were swept into the Pentecostal tide. Within a month, Cashwell was blazing a trail back and forth across the southeastern United States, preaching the Pentecostal message with fervency, clarity, and power. The result was the eventual development of many of the Pentecostal denominations that have now existed for over one-hundred years. 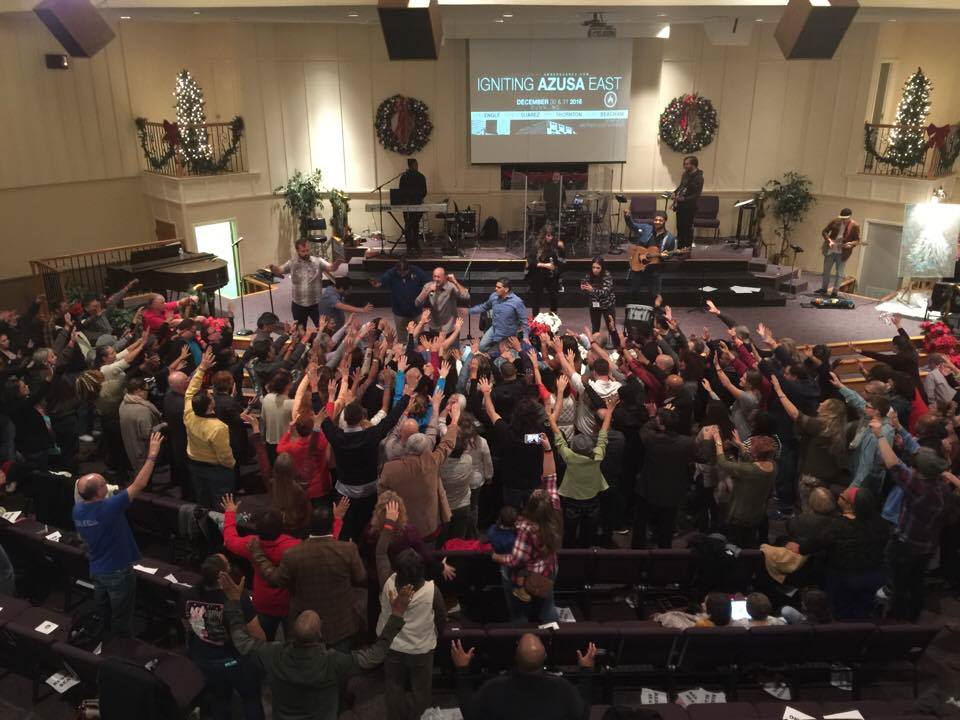 On the last weekend of 2016, Gospel Tabernacle Pentecostal Holiness Church, the very church Cashwell helped to found in Dunn, served as the host church for a series of services celebrating the 110th anniversary of that now famous revival. Approximately 600 Pentecostals of various denominations and streams from across the southeast converged in Dunn to celebrate this momentous anniversary and to continue in prayer as part of a movement that began again in Los Angeles earlier in the year. The Call – Azusa Now was led by Lou Engle on April 9, 2016 to commemorate the 110th anniversary of the beginning of the Azusa Revival. An estimated 70,000 Pentecostals from across the globe gathered in the Los Angeles Coliseum and joined him, dedicating the day to worship and prayer for a third great awakening. The Dunn services, Igniting Azusa East: The Carolina Phenomenon, was an east coast response to the Azusa Now gathering that was held in Los Angeles.

During the week leading up to Azusa Now in California, a tent from North Carolina was set out over the original site of the Azusa Street Revival in gratitude for the impact of Azusa Street on Eastern North Carolina. Twenty-four-hour praise and prayer was held throughout the week leading up to April 9, 2016. This was the vision of a young evangelist, Michael Thornton, who happened to discover Dr. Doug Beacham’s book, Azusa East: The Life and Times of G. B. Cashwell, while walking through the library at Regent University nearly a decade ago. Thornton is not a minister of the Pentecostal Holiness church but he is a Pentecostal evangelist. Over the course of several years, he became passionate about the story of Cashwell and wrote his own book, Fire in the Carolinas: The Revival Legacy of G. B. Cashwell and A. B. Crumpler. Thornton felt a responsibility to take Cashwell’s story back to Los Angeles to share with Lou Engle, director of The Call. That decision led to rising interest in North Carolina revival history and the Pentecostal Holiness Church. Engle visited Falcon, North Carolina, in September, Dunn in December and is currently planning to conduct the next call in Charlotte, North Carolina, in 2018. 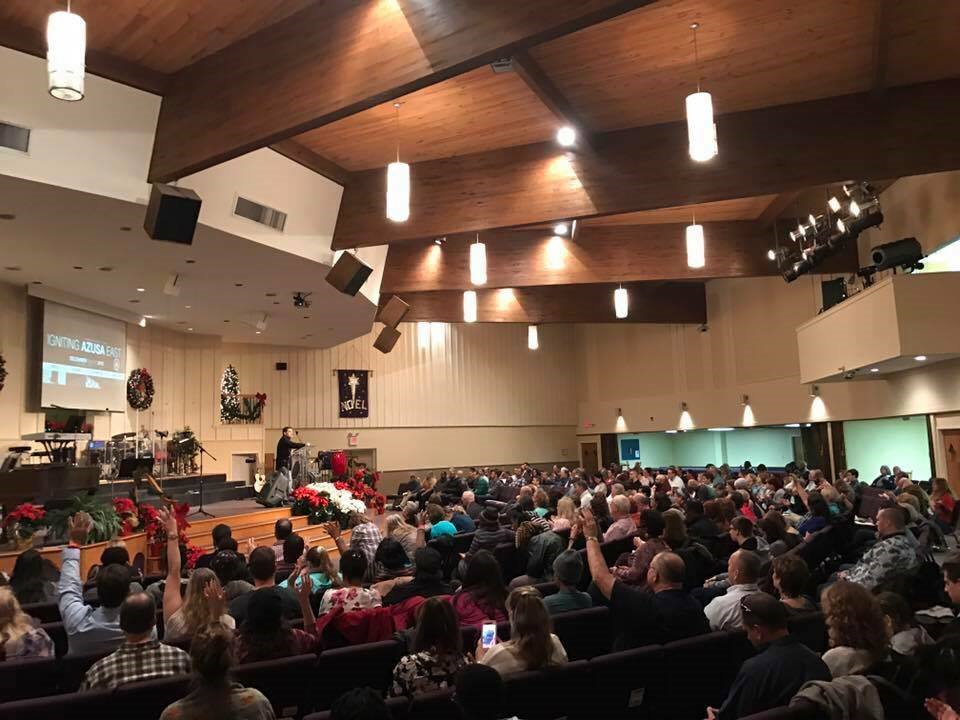 cry to a humble building in Dunn, North Carolina, to welcome the beginning of 1907, the same thing has happened again, 110 years later. Enthusiastic worship, sincere prayer, a spirit of expectancy, and a deep desire for revival marked these services in Dunn. Several reported hearing angelic voices singing during spontaneous, unaccompanied worship which took place in the services Friday and Saturday night. Lou Engle, the main speaker for the event, began his remarks by calling attention to Psalms 50:5, “Gather to me this consecrated people, who made a covenant with me by sacrifice.” Other speakers were Michael Thornton, Bishop Doug Beacham, and Abner Suarez, a charismatic Christian whose ministry is based in Dunn. Also, ministering was a Native American couple, Chief Joseph AmaHura RiverWind and his wife, Laralyn. Matthew Lily from “The Burn” in Greenville, North Carolina, led worship.

Bishop Beacham laid the foundational work by providing a rich historical context in the Friday afternoon session. He shared what he had learned while writing his book and gave vivid, memorable examples of the type of passion and humility that had gripped the hearts of early Pentecostal leaders such as the Cashwells, Henry and Florence Goff, and Anna Dean Cole. While talking of how Anna Dean Cole had answered a call to be a missionary as a young teenager, Bishop Beacham explained that during that time period, to answer the call to be a missionary meant the purchase of a one-way ticket. To imagine a young girl having such a strong conviction and perhaps even more, to imagine parents that would have enough faith to allow her to go knowing they may never see her again, is profound. Bishop Beacham explained that in those days, missionaries purchased their caskets and sent it ahead of them to their fields of ministry. This comment seemed to make a significant impact on many of the young people who heard it.

Reflecting on Cashwell and the participants of the original Azusa East revival, Bishop Beacham made five 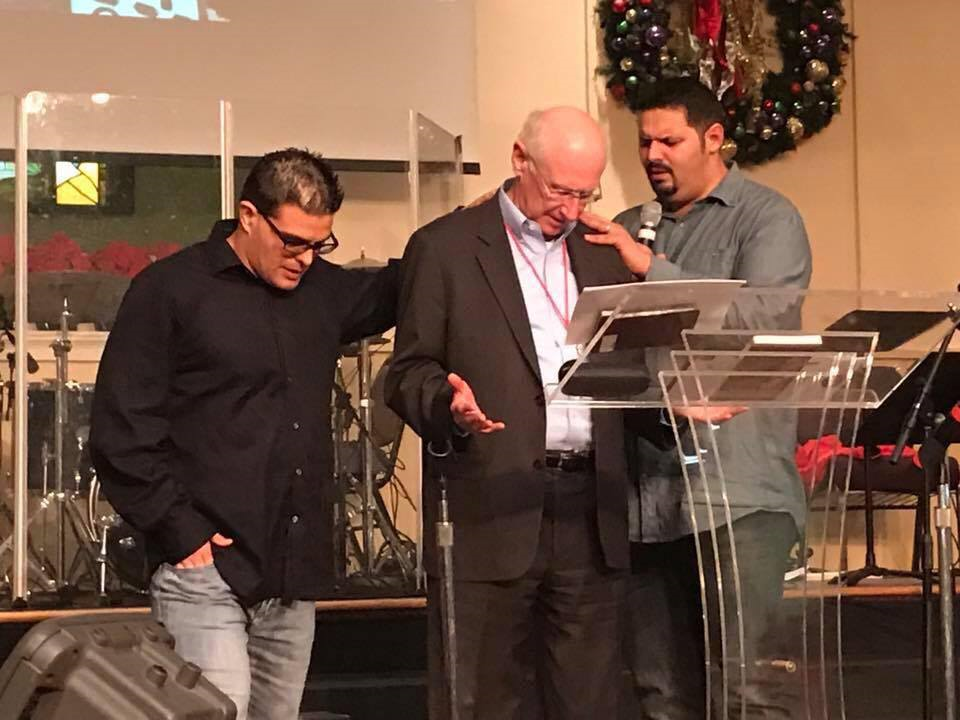 Bishop Beacham gave examples of how bilingual people do not just transition between languages but also take on cultural, emotional, and behavioral nuances of the culture to which the language belongs: “This is why G. B. Cashwell and others understood they could cross the color line, the religious spirit line, and all other barriers Satan used to divide God’s people and restrain the advance of God’s Kingdom.” He ended his remarks by stating

The Spirit is calling us to enter into 2017 as people who are not afraid; as people who discern the times in which we live and know how to hear heaven’s voice.

After suggesting that it may be time for a new reformation of the church, he called everyone to a time of prayer. The session ended with the two younger ministers, Michael Thornton and Abner Suarez, praying a blessing over Bishop Beacham and thanking God that the Pentecostal Holiness Church has been a good steward of the Pentecostal flame that was set in Dunn 110 years ago.

On Saturday night, Bishop Beacham led communion with Rev. Randy Carter, leader of the Pentecostal Free-Will Baptist denomination. Several people remarked that this communion service was one of the most meaningful they had ever participated in. There was a true spirit of unity. All ages and races and many different denominations were represented and worshiped together to welcome in the new year with a spirit of expectation. Chief Joseph Riverwind and the other leaders who were present laid hands on Bishop Beacham again to pray for his leadership of our denomination and to bless him with insight as a spiritual leader. Toward the end of the service, people took off their shoes at the prompting of Lou Engle. They held them over their heads as they worshiped; symbolizing their willingness to go wherever God calls them to preach, teach, serve and live a full-gospel message in this generation.

Audio recordings of the Azusa East services can be ordered at http://site.abnersuarez.com.