The Day that Everything Changed 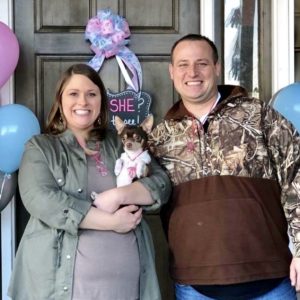 Preachers, myself included, have no problem boldly declaring the promise from the Lord that nothing is final until He calls it final. After completing The Diaper Run, a notably difficult and taxing motorcycle ride with Mission: M25 Director Gary Burd, I was ready to come home and rest. Forty-seven hours of riding on a motorcycle had completely wiped me out both physically and mentally. However, when I arrived home, my wife opened the conversation with, “We need to talk.” Paralyzed with fear, I focused my eyes and listened intently for what was to come next. “Jason,” she said, “I have cancer again.” In that moment, my heart sank and I began to contemplate what I was hearing. I had just spent the last eight days riding across the nation to combat the atrocity of abortion, and this-this is how God responds. She went on to say that because this was the third time these cells have shown up in her body, she was left with two options: more chemo or a hysterectomy.

Chloe and I have been married for 12 years, and in that time, we have tried twice, in between two bouts of cancer, to conceive a child. Two miscarriages and six years later, the very thought of children got us choked up, and made the tears roll down our faces. The images of the things I would never be able to do clouded my mind anytime there was a kid’s event. Frustration would ensue whenever a seemingly bad parent would conceive so easily. However, despite those emotions, I still continued to have dreams and visions of Chloe and I holding our children. One day, though, I thought, “adoption will be our answer.” However, too much money, mounds of paperwork, and ever-looming red tape closed that door. Still, I kept on dreaming and hoping for what I could not see. Without showing Chloe, I had written a promise God had given me in my Bible. This year on my birthday, the Lord showed me three things that I knew without a shadow of a doubt would be miracles, including a child. In His Fatherly-nature, He finished His promises to me with, “Happy birthday, Jason.”

Fast-forward to the present and now we are faced with our third round of cancer. We just knew that this was the nail in the coffin of our dreams. However, with the faith of Job and the grit of Paul the Apostle, my wife and I agreed, together, that we would stand in faith. Our dreams of having a baby may be over, but at least we have each other. The Sunday following the Diaper Run, I was tasked with telling my congregation that we were in the battle with cancer again, and they agreed with us to worship God despite the news. In our minds and hearts, we had committed to the idea that we would enjoy our lives together, reproduce as many spiritual children as we could, and finish our race well as we were commissioned to do. However, I am thankful to report that there is a “but” to this story, and when you are in God, we know that everything can change in a single day!

Following the Diaper Run, Chloe attended the women’s conference hosted by our South Carolina Conference (SCIPHC) Women’s Ministry. A minister, Mrs. Jamie Massey, preached and laid hands on some of the women there, among those women was my wife, Chloe. Rev. Massey prayed over my wife and believed that God would not only heal her from the cancer, but allow Chloe to conceive. While our faith was stirred by these events, we were still certain of one thing–Chloe’s chemotherapy would begin in October. We had been down this road before–hair loss, sickness, weight loss, immune system struggles, and so much more. However, in the face of it all, we believed God.

Every person has a day they cannot forget, and for me, that day is October 19, 2017– the day that everything changed! While I was getting ready for a Discipleship Ministries Board meeting for the South Carolina Conference, Chloe called to let me know that she was going to begin her treatment that day. I can still remember feeling so heartbroken and frustrated, and I shared this with the team who began to call on heaven with me. After the meeting, I tried to call Chloe and she would not answer the phone. She did, however, text me and explain that everything was OK and that she would see me later at home. So, knowing my wife would probably need a good meal, I headed home to make her favorite meal–spaghetti! This particular night, though, she took forever getting home. Growing increasingly agitated, I called and fussed because her noodles were going to be rubbery, and it caused me to recall the last time I made spaghetti. Picture it: Playdough.  Chloe reassured me by saying, “Jason, I’m coming!” When she finally got home, she had two gift bags in her hands. In my mind, I am thinking, “OK, Chloe has lost it on the chemo today. Gifts for me? I’m supposed to be taking care of her!”

Handing me the first bag, I opened it to discover a pair of red Converse shoes in kid’s size! I said, “What in the world are these for?” She then told me to open the other bag, and of course, 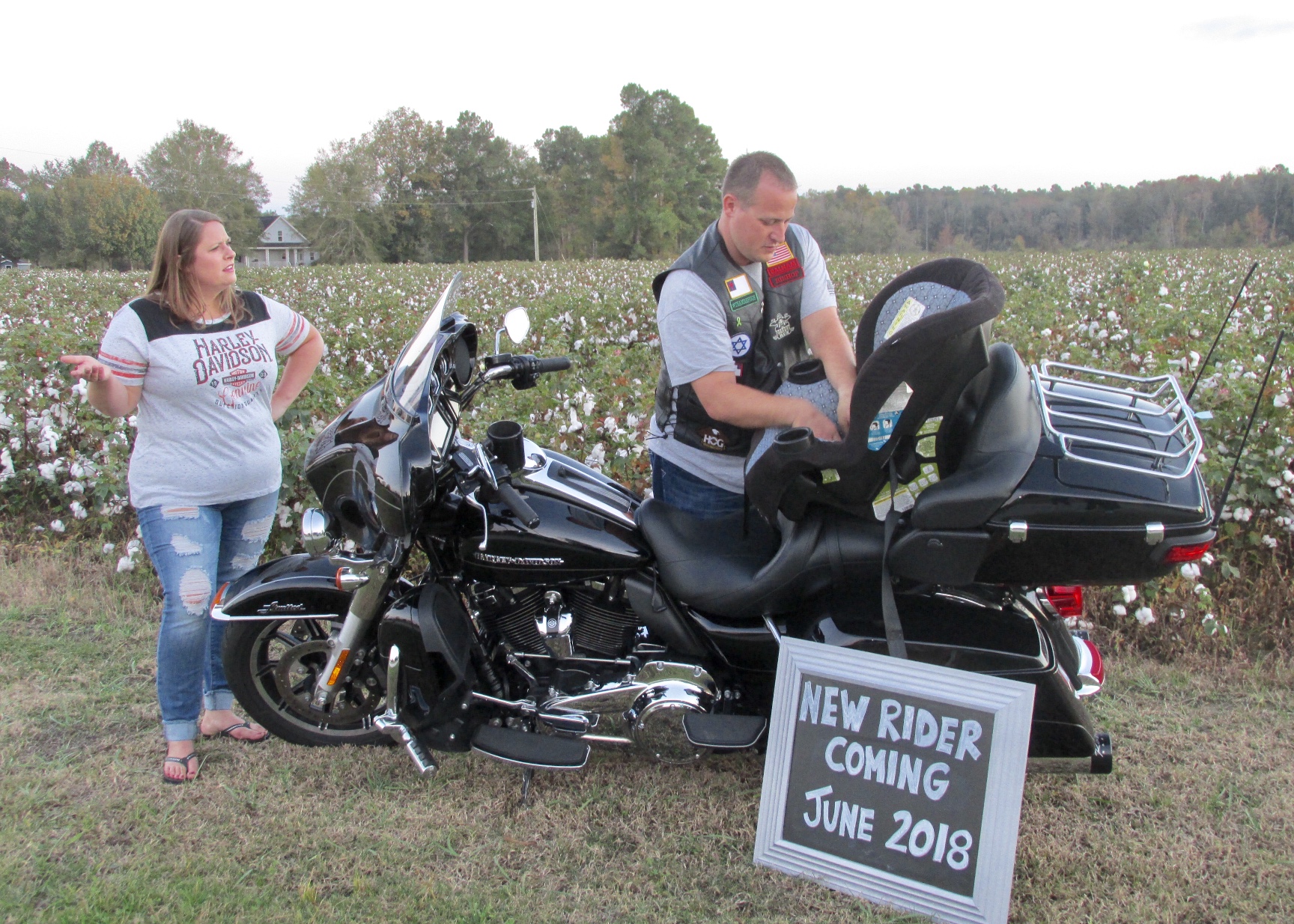 I obliged, and came to find three positive pregnancy strips, and one bloodwork confirmation saying that she was five weeks pregnant! As I began to cry, I said, “What about the cancer?” To which Chloe replied, “that’s all on hold – at least until this baby is born.” Since her cancer was in the very early stages, the birth has the possibility of completely taking care of the cancerous cells. The cancer cannot progress because the baby is taking all the nutrients. In the worst-case scenario, minimal treatment will be required to eradicate what is left. What a mighty God we serve!

Miss Alice Holland Cook will be born on or around June 20, 2018. Nine months almost to the day of the women’s conference. November 5, 2017, we took the opportunity to tell our church family, and I do not know when I have seen such a praise erupt. These past 21 weeks has made every “no” from the doctors, every cancer treatment, every frustration, every mile on a Harley standing for life worth it. In 18 more weeks, I will hold my dream; the impossible made possible. To the person out there who has given up, I hope my story encourages you. He did it for me and He can do it for you; hold on!

*Jason and Chloe Cook are Lead Pastors of The Refuge in Conway, SC. They are expecting their first child, a daughter, on June 20, 2018.