Thinking Of The Next Generation

I grew up on a farm a few miles south of Lake City, South Carolina, and have only faint memories of my grandparents. Dad and Mom took us to church from my earliest childhood. We were poor but didn’t know it, and if anyone had told us we were poor, we would have been offended. Taking handouts were an absolute “No, No!” Dad was a farmer and a brick mason whose education ended with the third grade, and Mom went through the 11th grade. My parents felt deeply that they wanted their children to have a better life than they had.

The Holy Spirit began to draw me as a youngster before I reached my teens. The annual South Carolina Conference youth camps led by Durant Driggers and Jim Crocker were pivotal in helping to anchor me in the faith. Growing up, I wanted to become a lawyer, and even brashly told the Lord He needed Christian lawyers! 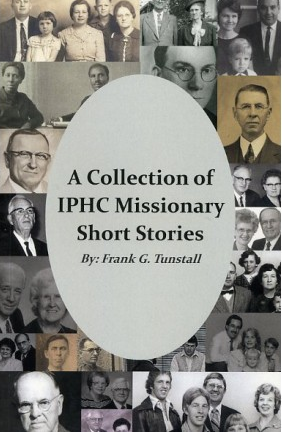 In my early teens, I fell in love with God’s Word. By the time I reached my mid-teens, the tugging of the Spirit in my heart had sealed an emphatic “No!” to a future in law. Instead, the Lord took my hand off a plow and a brick, and put it on a Bible.

My high school English teacher, Bernice Goodwin, poured into me what has become a lifelong love of learning. T. O. Evans, H. P. Robinson and John Swails became my heroes and early mentors in the faith. When I was the next generation, they freely became my encouragers. For example, before I entered Emmanuel College, H. P. Robinson would let me go to his library and spend as much time there as I wanted to. He also performed our wedding when Lu and I were married.

Following my mentors’ examples, I have always wanted to give back to the generations that have followed me. My two decades of teaching at Southwestern Christian University blessed me with that special opportunity, and in my retirement, I am continuing to teach there as an adjunct professor.

One of the reasons I wrote, A Collection of IPHC Missionary Short Stories for World Missions Ministries was a conviction that I did not want those fascinating stories of faith in God lost to the children, teenagers, and young adults of the IPHC family. My prayer is that the generations following, in their Sunday School classes, youth groups, and young adult cell groups will be taught these 18 stories and inspired to grow closer to God themselves.

It is gratifying to know there are highly capable people in the generation following that I have been able to motivate to dream bigger. One that immediately comes to mind is a couple of very capable people whom I encouraged to start work on a doctorate because I believed they were plenty smart to do the work, and told them so. I’ve also had pastors tell me they might have left the ministry, but they knew I believed in them, and my confidence motivated them to work through problems and keep preaching.

Therefore encourage one another and build each other up, just as in fact you are doing. – 1 Thessalonians 5:11 (NIV)