A Voice for the Unborn

On Friday, January 18, 2019, over 100 members of the IPHC family joined with the March for Life in Washington, D.C. Since 1973, it is estimated that over 60 million abortions have been performed in the United States—over 2,000 per day. Believing that “children are a heritage from the Lord” (Psalm 127:3) and that every life is formed uniquely in the image of God, the IPHC raised its voice in Washington and Dallas, Texas, hoping to see an end to this atrocity in America.

During the prayer service at Maranatha Fellowship in College Park, Maryland, on Thursday night, Bishop Tommy McGhee shared a powerful word from Isaiah 59:14, “Justice is turned back, and righteousness stands afar off; for truth is fallen in the street, and equity cannot enter.” He encouraged the IPHC to stand for truth amid injustice and recommended that each person marching select a truth from Scripture to pray as they walk down Constitution Avenue.

Bishop Garry Bryant also reiterated the IPHC’s strong stand for life, “As a church, we boldly declare that we stand for life and that every human being who is made in God’s image has the right to live. As a people, we declare to all that we maintain a strong conviction to the biblical value of life and to the Christian’s duty and privilege to speak for those who cannot speak for themselves.” 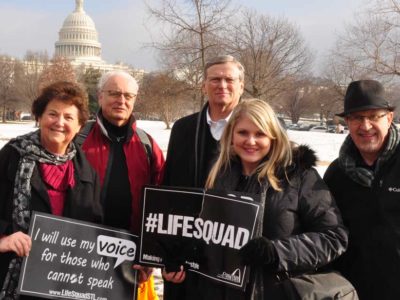 Friday morning, representatives from Mission: M25, Royal Home Ministries, Falcon Children’s Home, and several IPHC conferences gathered with thousands on the National Mall to hear from special guests including Ben Shapiro, Abby Johnson, Dr. Alveda King, and a surprise visit from Vice President Mike Pence and his wife, Karen. Pence shared, “We gather here because we stand for compassion.” He went on to say that we are all, born and unborn, endowed with unalienable rights; the first of which is the right to life. In videotaped remarks, President Donald Trump stated, “When we look into the eyes of a newborn child, we see the beauty and the human soul and the majesty of God’s creation. We know that every life has meaning.”

The crowd in Washington, D.C. represented people from all walks of life who were united in their purpose–to raise a voice for the unborn. Whitney Davis, a former labor and delivery nurse and new director of IPHC Women’s Ministries, noted that “There were people in attendance as far as one could see. I would venture to guess the young people, high school and college age, outnumbered those older than them in the crowd. It was refreshing to see Democrats, Republicans, different races, cultures, and generations uniting for the cause of life.”

The IPHC’s involvement in March for Life did not end in Washington, D.C. Immediately following the March, Falcon Children’s Home CEO Joey Leggett, Royal Home Ministries Director Donna Jackson and Mission:M25 Director Gary Burd made their way to Dallas, Texas, to join the North Texas March for Life on Saturday, January 19. In freezing temperatures and high winds, a group of around 40 members of the IPHC, including students from Southwestern Christian University led by Dean Brad Davis, gathered for a time of prayer before they joined approximately 6,000 others as they marched to the Earle Cabell Federal Building, where Roe v. Wade was originally filed. Donna Jackson shared a moving testimony of how Royal Home Ministries experiences the positive impact of choosing life on a daily basis. Founded in 1992, the Royal Home provides a safe, loving environment for teen pregnant mothers and their babies. 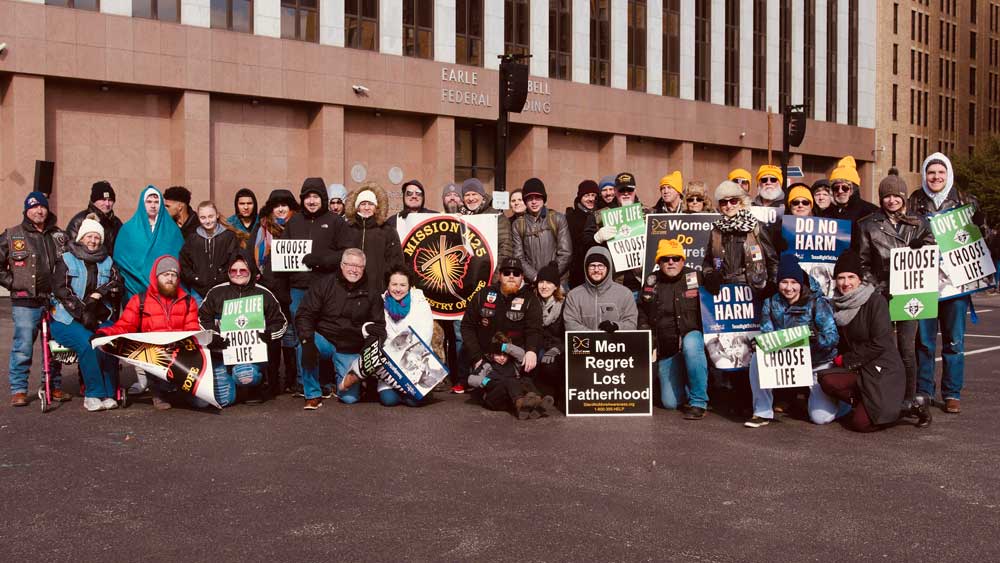 IPHC General Superintendent Doug Beacham also shares his passion about the IPHC’s stance for life, “It is imperative that we continue to speak and act in ways that guard and respect life from conception to when the Lord takes us home. The recent actions by the governor and legislature of New York illustrate the continued need for policies giving priority to the lives of the most vulnerable in our society. We call on the U.S. Congress to cease funding Planned Parenthood with our tax monies.”

There are several opportunities for you to join the IPHC and raise your voice for the unborn: