A Celebration of Reconciliation

Tuesday evening, March 19, 2019, leaders from black, white, and Hispanic churches gathered at the historic Mason Temple, the world headquarters for the Church of God in Christ in Memphis, Tennessee, for a “Celebration of Reconciliation: 25th Anniversary of the Pentecostal Charismatic Churches of North America (PCCNA) and the Memphis Miracle. 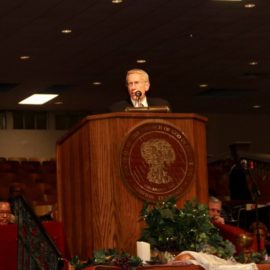 From the pulpit where Dr. Martin Luther King, Jr. preached his last sermon, PCCNA President Jeff Farmer began by sharing that during the Azusa Street revival “the color line was washed away in the blood” and nearly every Pentecostal church was interracial. However, by 1924 most churches had bowed to the Jim Crow culture of segregation and separation. In 1948 this separation was formalized with the formation of the all-white Pentecostal Fellowship of North America (PFNA).

However, on October 17-18, 1994, church leaders led by Bishop Ithiel Clemmons of the Church of God in Christ and Bishop Bernard E. Underwood of the International Pentecostal Holiness Church assembled in the Cook Convention Center in Memphis for the “Pentecostal Partners: A Reconciliation Strategy for 21st Century Ministry” conference. By the end of the weekend, the all-white PFNA voluntarily disbanded and the PCCNA was formed to open the door for cooperation and reconciliation.

Twenty-five years later, church leaders once again gathered in Memphis to remember the past, celebrate the present, and ask the Holy Spirit for a future revival and spiritual awakening in our nation. PCCNA President Jeff Farmer led the group in a corporate reading and reaffirmation of the Racial Reconciliation Manifesto adopted in 1994. “It is imperative that we renew our commitment to reconciliation,” stated Church of God in Christ Bishop Charles Blake. “We must shout the message of love in every venue–from the local church pulpit to the seats of government.”

Realizing that we still face racial challenges, Rev. Aaron Campbell, director of the Memphis Chapter of PCCNA, shared his journey of learning to accept people of other races. In recent years, his daughter married a man from a different race, something he thought unfathomable 15 years ago. According to Campbell, his acceptance required a heart change. “We have to become more loving; but before we do that, we must become more Christ-like.” As chairperson of the PCCNA Race Relations Commission, Campbell pledged to lead the way toward eliminating the need for “race relations.” 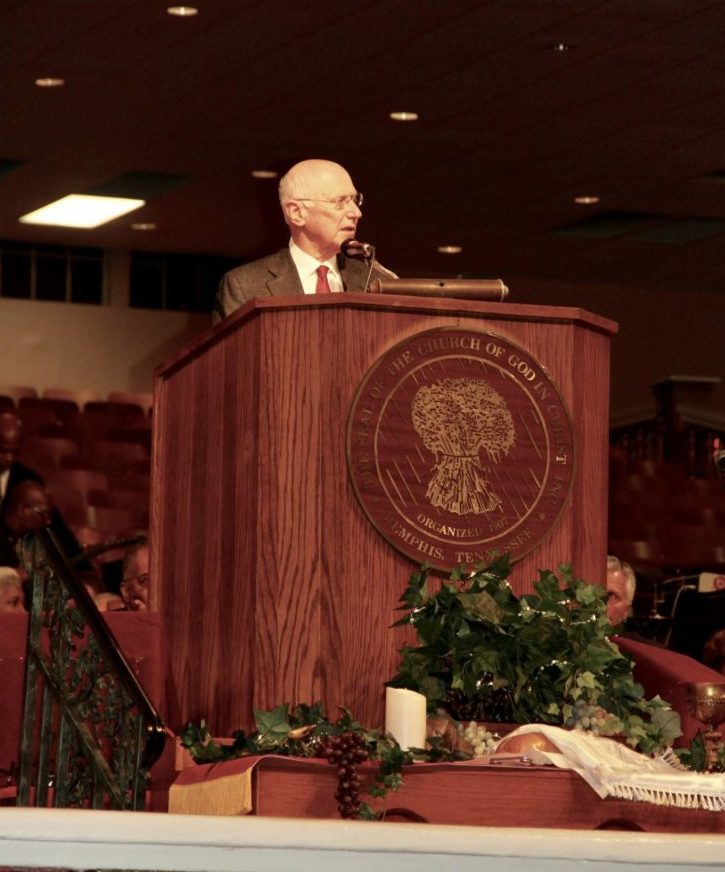 IPHC General Superintendent Dr. Doug Beacham shared how he was angered when he saw the Selma March on television as a teenager and then witnessed the 20th commemoration of the March when he served with the U.S. Army Reserve. He recalled white law enforcement officers crossing their arms with smirks on their faces as black soldiers were cursed and mocked. Although angered by the obvious injustice, Beacham confessed that he had remained blinded to the hidden systemic racism in our nation until recent events helped him understand. “The journey continues,” stated Beacham. “May we all see our brothers and sisters as Christ sees them. May we all see better as Spirit-filled followers of Jesus.” 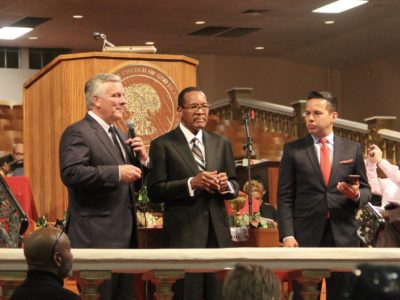 In celebration of multiple cultures, Iglesia Nueva Vida led the congregation in worship in English and Spanish. Children danced with colorful banners as the congregation declared, “He is Good.” Assemblies of God General Superintendent Doug Clay, Bishop Charles Blake, and President Samuel Rodriguez of the National Hispanic Christian Leadership Conference served communion and encouraged the congregation to exchange elements with someone from another race signifying the unity found in Christ. “A divided church can never heal a broken nation,” shared Rev. Rodriguez, “A united church can change the world.”

Chairman of the PCCNA Prayer Commission, P. Douglas Small, closed the service by challenging the crowd to follow the examples of the New Testament church in Antioch and the interracial church of Azusa Street with a renewed commitment to the power of the Holy Spirit. “We must be profoundly Pentecostal.” Recognizing that true reconciliation is only found through the cross, Small called the church to a renewed focus on mission and a commitment to earnest prayer. “We need to be a movement that shapes cities with the power of the Holy Spirit!”

With a renewed commitment to cooperation and reconciliation, PCCNA looks to the future with great anticipation!