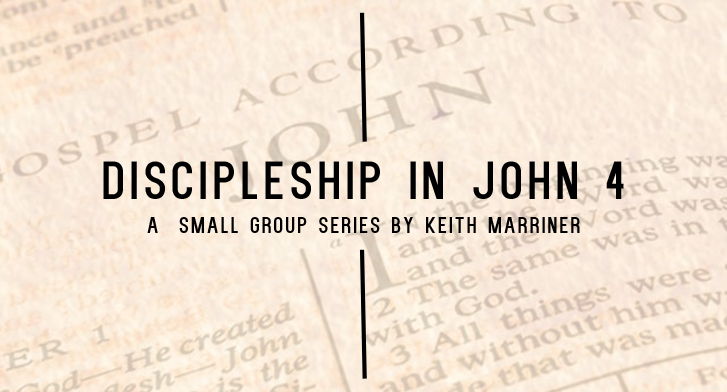 Today we continue with our look at the theme of discipleship in the Fourth Gospel. Following Jesus’ stay in Sychar he left for Galilee, where he was welcomed, because many had been witness to the signs he performed in Jerusalem during the Passover (John 4:43-45; cf. 2:13, 23-25). They likely hoped Jesus would do some signs for them also (4:48).

For the second time in John’s account, Jesus visited Cana in Galilee, where he had previously turned water into wine at a wedding celebration (4:46; cf. 2:1-12). John then makes us aware of a “royal official” from Capernaum “whose son lay sick” (4:46). The official was almost certainly an official in Herod Antipas’ court, which was also stationed in Capernaum, some 20 miles away. When he heard the news that Jesus had arrived in Capernaum, he went to Jesus to beg him to heal his son who was at the point of death (4:47). The tense of the word “begged” indicates repeated action. This helps us get a clearer picture of just how dire the situation was. The father’s repeated pleas to Jesus’ would have indicated the desperateness of his situation. The son was also about to die. He was not getting any better. Not only that, but the father was desperate enough to leave his dying son to travel 20 miles to Cana to find Jesus.

Jesus’ initial reply to the seriousness of the situation seems harsh. He rebukes the crowd that had come to simply see him perform “signs and wonders” (4:48). Jesus’ desire was that people believe in him because of his words, first and foremost. He knew that “sign faith” was often spurious (cf. 2:23-25).

The royal official, undeterred by Jesus’ response, pleads with him to “come down before [his] child dies” (4:49). Jesus’ second response is full of authority, “Go your son will live” (4:50). He will not perform any sign in the sight of the crowd. Instead, he will do something even more impressive, something that shows his glory all the more. He will heal the boy from a distance. The father returns home trusting Jesus at his word (4:50).

While the royal official was on his way home, his servants greeted him with joyous news: his son that was near death was now alive (4:51). The father inquired about when his child got well. He realized it was at the exact time Jesus had said his son would live (4:52–53). As a result, “he and his whole household believed” (4:53).

So what might this narrative teach us about discipleship? First, we are reminded that disciples of Jesus are not from any one ethnicity, for here we have an individual who was likely a Gentile expressing faith in him. Second, although it is not explicitly mentioned, the royal official, the head of his household, likely relayed the account of what transpired to his household, which resulted in their belief in Jesus. So, he bore witness to Jesus Christ. Third, the father and his whole household, which would have included more than his relatives, but also any servants, believed in Jesus. John does not go into great detail as to the nature of their belief. Since no negative statement accompanies the mention of their faith, one may assume that they believed in Jesus for salvation. Fourth, the royal official heard Jesus’ words and trusted him based on them, rather than some initial sign. Finally, like most of us, and many in the biblical narrative, the royal official and his household would have followed Jesus as his disciples, but only from afar. There is no indication that they, like the Twelve, left everything they had to literally follow Jesus around. This would have made them no less Jesus’ disciples, even as today, Christians are no less disciples of Jesus for not having physically followed him.

Do you see any additional features of discipleship in this passage? Which of those mentioned might the Lord be challenging you to greater faithfulness?