DRUSA: Hope From a Bucket

A story of Salvation that Started with a DRUSA Box

Imagine for a moment that you have just experienced the most devastating disaster of your entire life. Imagine that whatever the disaster was has left you desolate and alone. Now imagine that you are going through all of this as an Atheist. You have no concept of God’s grace or peace. You are alone in a world full of darkness.

Such was the case for Mr. John*. At 42 years old he had survived the devastating tragedy that was Hurricane Sandy. The natural disaster left him with no home or possessions and most tragic of all, he lost his family. Mr. John said that he lived “a most dreadful existence” after Sandy.

Little did he know that Hurricane Sandy wasn’t the end of his story. One day, after spending so much time being angry with anyone who tried to help him and especially those that tried to express the love of God to him, Mr. John received a Disaster Relief USA (DRUSA) bucket. The bucket had been packed and sent from Pastor Neil Pressley’s Congregation at Troy PHC in Troy, North Carolina (IPHC Cornerstone Conference). It contained disaster relief supplies along with a Bible. Mr. John stated that all of the items in the bucket “shined hope into my darkness.”

Although Mr. John was very grateful for the DRUSA bucket, he was wary about the Bible that had been included. A self-proclaimed Atheist, Mr. John was troubled by the Bible and didn’t want to read it. Before long his curiosity took over and he opened the Bible and began to read.

He was excited to stumble across a familiar name: John. One of the first passages that he read truly touched him. It was John 3:16-18 saying, “For God so loved the world that he gave his one and only Son, that whoever believes in him shall not perish but have eternal life. For God did not send his Son into the world to condemn the world, but to save the world through him. Whoever believes in him is not condemned, but whoever does not believe stands condemned already because they have not believed in the name of God’s one and only Son” (NIV).

Reading those words changed his life forever. He was so entranced by what he’d read that he sought out the man who gave him the DRUSA bucket and shared his story. In his testimony to Pastor Neil Pressley, Mr. John explained, “a 42 year-old Atheist met Jesus in the streets that morning and he saved my soul!”

The days following Mr. John’s salvation were filled with tears of joy. He even had the wonderful privilege of sharing his testimony with some friends and their entire family accepted the grace of Jesus.

Mr. John expressed the importance of DRUSA and how it ministers to those in need. A request that he shared with Pastor Neil Pressley was “don’t dare stop what you are doing because there are others who need hope” and to meet Jesus.

This is just one of the amazing testimonies that have surfaced thanks to the ministry of Disaster Relief USA. Let’s all take to heart the request from Mr. John and continue reaching out to those in need. For more information on how you can help or donate to Disaster Relieve USA, please visit our website at https://iphc.org/discipleship/disaster/.

*The name has been changed to protect the privacy of this individual. 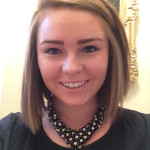 Skye is currently working as a freelance writer and editor. She has a background in mass & interpersonal communication as well as creative and professional writing.  In her free time, Skye enjoys reading books, traveling, and watching as many movies as she can. She’s always looking for the next great adventure and is currently working on a self-written list of 30 Things To Do Before Turning 30. She also has an unnatural obsession with candy and vanilla coke.