The Presidential Search Committee recommended Dr. Murray and two other candidates to the Board of Trustees who then overwhelmingly approved Murray as president in a vote on June 25, 2018. The presidential search process took place over a 5 month period with 15 candidates considered by the P 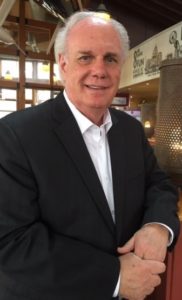 President Murray brings a unique and qualified educational and ministerial background to SCU as president.

He has a long history with Southwestern Christian University, receiving his A.A. in Pre-Law and his B.A. in Theology with a minor in Sociology from Southwestern College (SCU).  In addition, Bishop Murray earned his M.A. in Public Administration/Urban Affairs, Political Science from the University of Central Oklahoma.  He has been awarded two honorary Doctor of Divinity degrees, and has completed extensive doctoral research in Urban Ministry, particularly in the area of the role of the church in addressing street violence and urban rehabilitation. Murray returns to SCU where he previously served in various positions, including Director of Public Relations, Dean of College Relations, Director of Institutional Advancement and Alumni Affairs, Chief Operations Officer and Chief Academic Officer. Dr. Murray served five SCU presidents during his career with SCU. In addition, he served as Executive Assistant to the President, Corporate Secretary, Treasurer and Chief Financial Officer at Mid-America Bible College (now Mid-America Christian University,) first in Houston, Texas and then in their move to Oklahoma City. President Murray has extensive experience with accrediting associations, accreditation issues and processes, program assessments and strategic planning, Murray has authored two books, Social Deviance—Street Gangs, and The Wind Still Blows and the Fires Still Falls—a history of Pentecostalism and the IPHC on the West Coast.

Bishop Murray was Licensed and Ordained in the International Pentecostal Holiness Church– East Oklahoma Conference in 1972 and 1974 respectively. Since 2005, he has been the Senior Pastor of Christian Heritage Church (a multi-cultural congregation) in Los Angeles, CA and served as a member of the Golden West Conference IPHC Executive Council and Director of Discipleship Ministries. Bishop Murray was appointed, then elected, as Superintendent and Bishop of the Golden West Conference IPHC in 2011 to the present time. He has chaired two IPHC General Conference Committees, serves on the Finance Committee of the IPHC, and has served as Secretary/Treasurer of Advantage College. Dr. Murray’s pastoral and ministerial experience will be greatly utilized in developing relationships with churches and ministers across the IPHC and other Christian organizations/denominations/fellowships.

SCU’s Board of Trustees Chairman, Bishop Randell O. Drake welcomes President Murray with complete support and great enthusiasm. “I have known Dr. Murray since my days as a student at SCU in the 1970s. I truly believe he is God’s appointed and chosen leader for this season at SCU. His accomplishments in university administration, non-profit leadership, and ministry have prepared him well to serve as SCU’s next president.  I am delighted that he has accepted the position, and I am very excited about the future of the university. I, and the governing board, look forward to being partners in leadership at SCU where we will continue the blessed heritage of Southwestern and work toward greater success in the future for the destiny of SCU with President Murray at the helm”.

President Murray will relocate from Southern California with his wife Teresa and two daughters, Kaitlyn, and Olivia.