Imagine A World Without Fingerprints

Admit it! You were frustrated, right? You had just finished cleaning the window when it happened. Your toddler, hands smeared in who knows what, ran over to peer out the window and left fingerprints and handprints all over the glass. “Don’t you know I just cleaned that?” you wanted to say. Perhaps you kept your cool. Perhaps you didn’t. Fingerprints can leave messes, but can you honestly imagine a world without them?

A few weeks ago, March for Life unveiled its theme for the upcoming annual event in our nation’s capital. Thousands upon thousands of pro-lifers will join together to lend their support to the children whose voices have been silenced and whose fingerprints have been wiped out through abortion. The theme, “Unique from Day One,” gives emphasis to our individuality as part of God’s creation. In Psalm 139:14, David acknowledges God as creator and declares: “I am fearfully and wonderfully made; your works are wonderful, I know that full well.”

The other half of the theme says, “Pro-Life is Pro-Science.” If you know much about the science of fingerprinting, you know that our set of fingerprints sets us apart from any other human being on the planet. God’s Word tells us that we have been set apart (read Jeremiah 1:5 and Galatians 1:15)! In all the years that fingerprints have been used for identification, we are told that no two people have ever been found to have the same fingerprints. Even identical twins, like my 12-year-old great nieces, share the same DNA for the most part. However, each one has unique fingerprints that set her apart from her identical twin sister.

Science tells us that fingerprints form from pressure on a baby’s tiny, developing fingers in the womb. They begin developing by week 12 of gestation and once developed NEVER change! That’s what makes them the preferred method of identification. Our individuality, through fingerprints, is only the beginning of God’s many ways of setting us apart.

In January, we as Christians, have a great opportunity to leave a pro-life fingerprint on Washington, D.C. and in other great cities of the nation. January has been set aside as a month to recognize the Sanctity of Human Life. More specifically, the third Sunday of January has been set aside as Sanctity of Human Life Sunday. This date was chosen because it marks the closest Sunday to the sad anniversary date of the Roe vs Wade decision that first legalized abortion in all 50 states.

The March for Life has created a fingerprint for being a peaceful protest designed to send a message throughout our government that life MUST be valued. For the past few years, the IPHC has been represented by a growing number of people who make the trip to Washington, D.C. to participate.

As we move into 2019, our core value states that we value JUSTICE. If we truly value justice, then we must project our own voices to speak up for the unborn child. We must use our feet to march toward a day when the life of the unborn child is valued by everyone! We must leave our own fingerprints on signs and banners, challenging our lawmakers to do the right thing! And we must use our voices to pray.

Let’s pray for the lawmakers. Let’s pray for the confused parents. Let’s pray for the institutions like our own Royal Home and Falcon Children’s Home, who advocate for the justice of every child–born and unborn! Prayer is, without doubt, the greatest fingerprint that you and I can leave on society. However, never forget that God also calls us into action. He tells us to go. Sometimes he leaves the decision of where to go to us. My goal is to GO to Washington, D.C. for the 46th annual March for Life this coming January 18, 2018. I would love to see you there on the National Mall! Some of the members of the IPHC will be joining the March for Life in Dallas on January 19, 2018.

Do something! There is a great quote that has been attributed to Edmund Burke, but its origin is now being questioned. Despite the ongoing debate about the origin of the quote, it is worth using as a closing statement: “All that is necessary for the triumph of evil is that good men do nothing.”

Watch our IPHC Ministries Facebook for details on the various events that the IPHC will be sponsoring or participating in during January. For more information on valuing life, check out some of the links below. They can be of great assistance with information and inspiration. Check to see what may be happening at your own state capitol building. Chances are, there will be some type of Pro-Life event that you can do locally. If you are looking for a resource on how to share such delicate information with children of all ages, Focus on the Family has a great free resource that you can download. They call it the Valuing Life Tool Kit. In that kit (available through the third link below) is a digital booklet called Valuing Life from the Start, and it has information and ideas for each age group. I have read through all of it and can recommend it. It includes activities for hands-on learning. 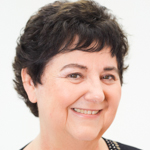