Camporama 2019 opened Tuesday evening with the men and boys marching into the tabernacle with their outposts to upbeat Christian music and colored lights. Commander David Moore was there greeting them with handshakes and high fives as they passed him on the way to their seats. There were lots of smiles, and the atmosphere was electric. Bishop Mike Ainsworth took the stage and welcomed everyone to the Cornerstone Conference and then had some of the leadership come to the stage for a moving demonstration of the Holy Spirit sounding like rain. He had everyone clap with one finger, then two, three, four, and then five until the sound of rain filled the tabernacle.

The stage was decorated with authentic racecar parts, wheels, and checkered flags to reinforce the "Finish the Race" theme. Each evening before the speaker took the stage, an exciting video of two racecar drivers racing through country roads was played with flashing lights, music, and a fog machine.  The end of the video introduced the evening speakers: Bill Terry, W.A. Mills, Greg Terry, Bishop Tommy McGhee, and the National Boys’ Ministries Director David Moore.

Greg Terry led praise and worship each evening before the message. He always does an amazing job of getting the boys involved, and it was truly inspirational to see them singing with upraised hands and prayerful attitudes.

Bill Terry spoke the first evening in racecar driver attire and opened his message with a START YOUR ENGINES announcement competition. This really added  excitement to the theme. He encouraged the boys and men with the importance of the race and to make sure that you finish the race. He used the racing metaphors throughout to make sure you saw the checkered flags.

The second evening W.A. Mills wore a racecar driver suit and gave an inspirational message to 1. Get in the race. 2. Stay in the race. 3. Finish the race. He was able to touch hearts by sharing some of his childhood struggles and how he kept in the race and didn’t give up.

Thursday evening Greg Terry spoke with the four points:  1. Choose the high ground. 2. Set your goals and aim small. 3. Take the battle to the enemy. 4. Run with the right squad. Greg got the boys’ attention and involvement when he used illustrations of Fortnight, the video game that he plays.

There was a tremendous response each evening to the messages with salvations and re-dedications, which is the whole purpose of Camporama.

Bob Russo, Michael Hubbard, and Ronnie Barnes did a phenomenal job of bringing morning devotions to the men and boys.

After breakfast and devotion each morning, there were the EVENTS! The outposts were able to spend a day at Emerald Pointe Waterpark on either Wednesday or Thursday. If they weren’t at the water park, there was the giant swing, zip line, canoeing, paddle boards, THE BLOB!, the water slide, air rifles, .22 caliber rifles, the FCF village, 32-foot climbing wall, archery, gaga ball, the Ranger Derby (pinewood ) Race, giant Battleship game, corn hole, giant Jenga, and various other games. Two of the busiest activities were the Wiffleball and flag football tournaments. There was never time for boredom! We want to give a big THANK YOU to Irvina Parker and Girls’ Ministries for the first-class archery equipment that they donated to Boys’ Ministries. What a great asset it was for the campers!

The FCF (Frontiersmen Camping Fellowship) Village was a really cool place to visit and hang out for a while. The men dressed and lived in the period style of the early frontier. They lived in canvas tents and used oil lamps and campfires.  There were real working blacksmiths and trading posts where the boys could buy or trade for really cool stuff. They could try on hats made out of such animals like skunks, coyotes, and beaver or try to blow a horn made out of real animal horn.

On Friday afternoon, we had the dedication of the rifle range at the Cornerstone Conference to the memory of James Hoyle.  James was a very kind and generous Royal Ranger leader who financed and built the rifle range.  James also provided the firearms, and everything needed for the rifle range at many Camporamas and other Ranger events.  He was a true friend to all who attended this dedication, and his memory will live on in the hearts and minds of all that he impacted in the course of his life.

On Friday evening, following the service, everyone enjoyed the traditional end of Camporama with an amazing fireworks display, and Camporama 2019 went out with a blast! Many lives were impacted, and great memories will continue to be treasured. 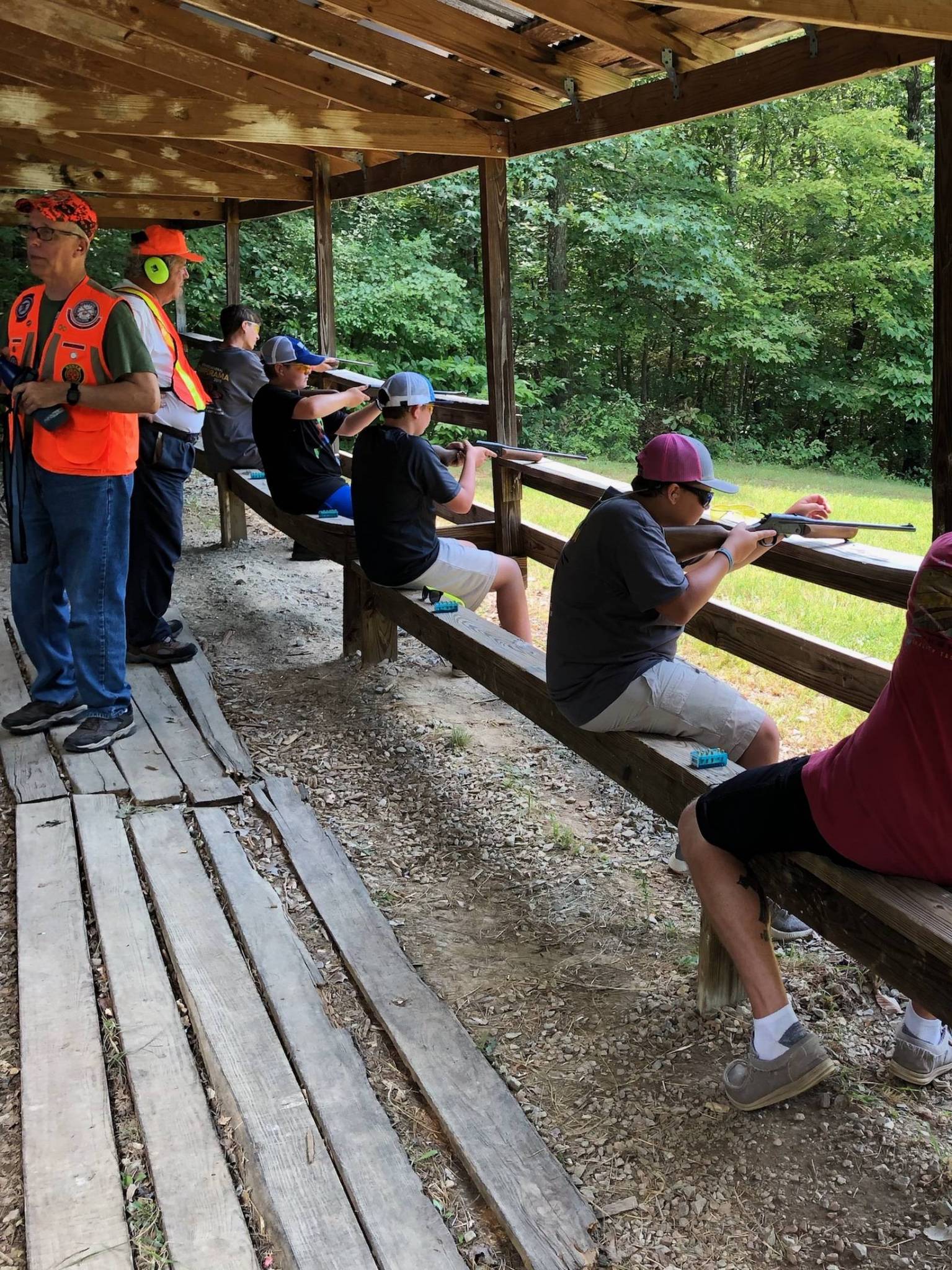 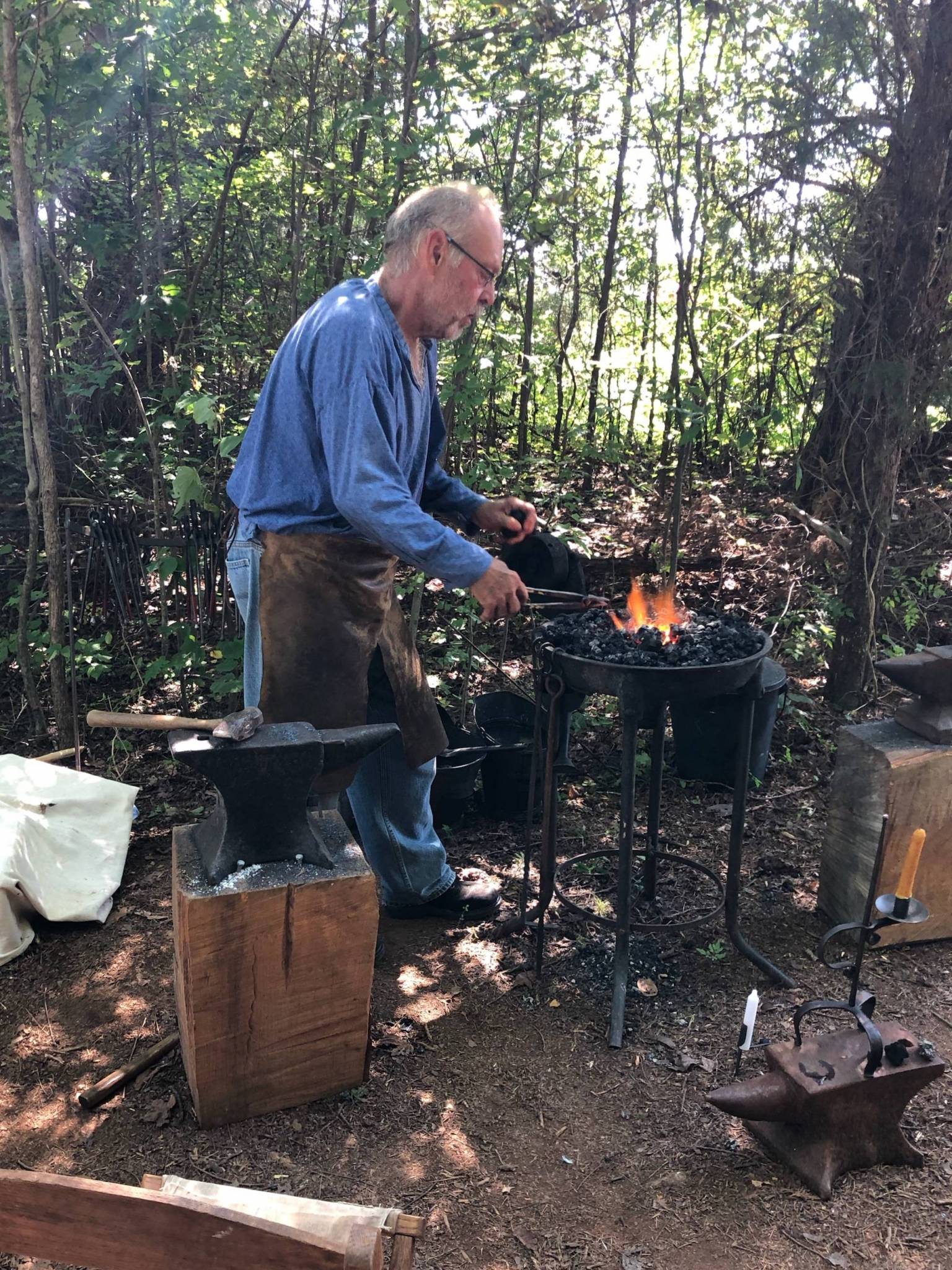 Blacksmith at the FCF 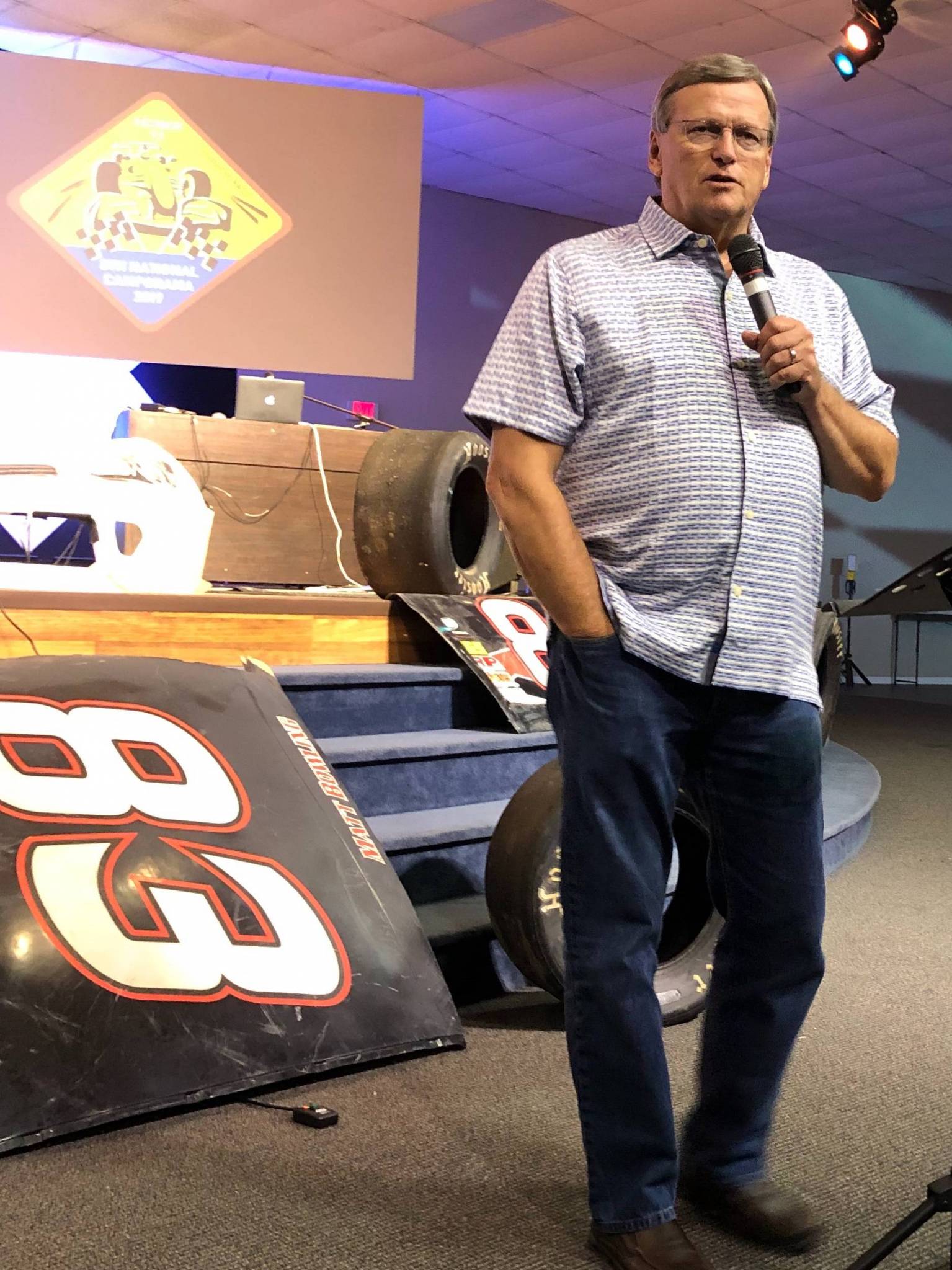 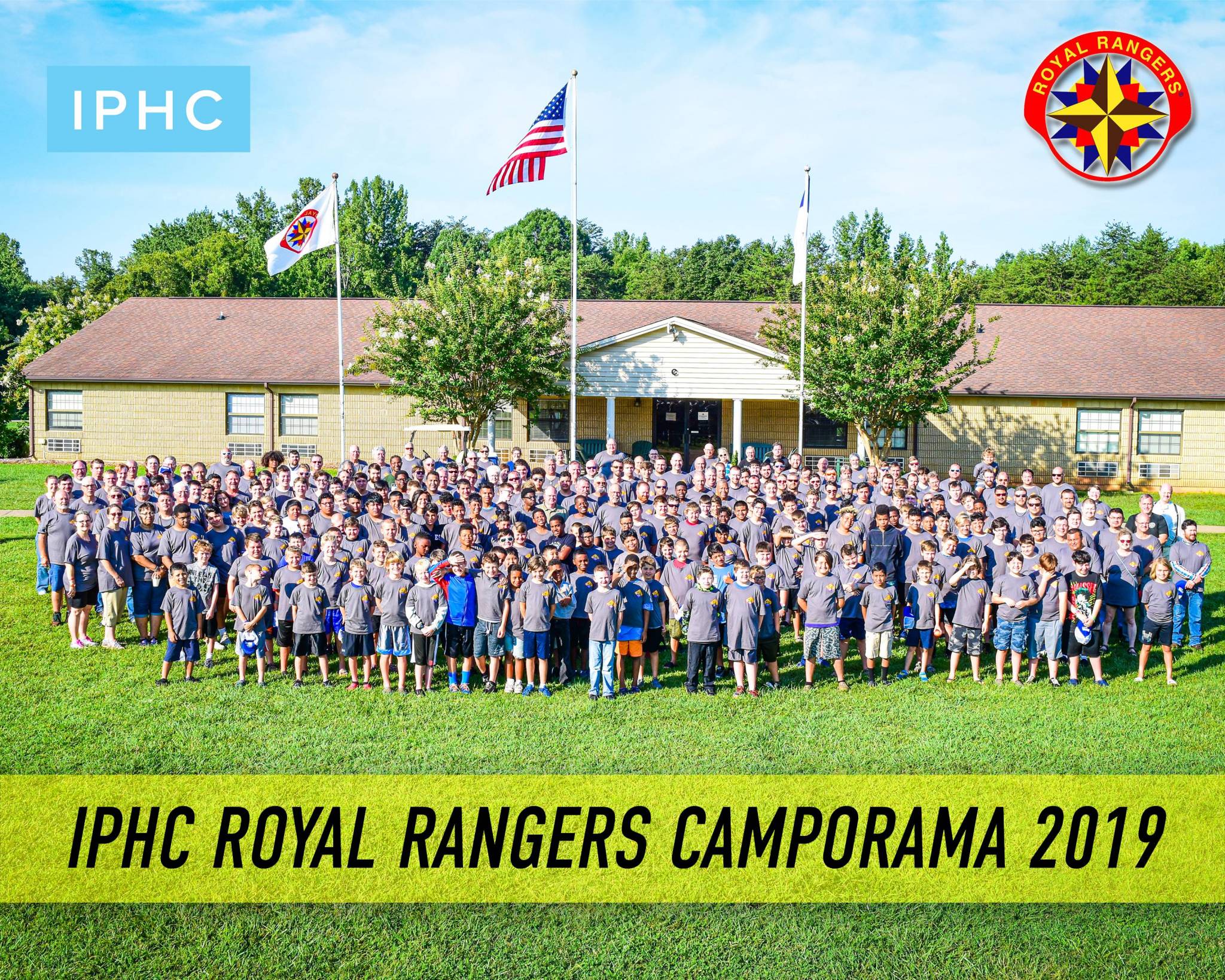 **To see more photos of the event, check out the Boys' Ministry Facebook page!!**