Leadership Lessons from Joseph the Carpenter

There are many examples of inspiring influence in the Bible from leaders whom God used powerfully to impact nations and generations. One of those leaders we often overlook because he was a man of few words is Joseph, the carpenter from Nazareth. In his quiet, unassuming manner, Joseph offers us vital, resolute, healthy leadership lessons that will serve us well in our respective spheres of influence.

Joseph was a man of conviction. Matthew 1:19 describes him as a just or righteous man, meaning he was faithful to the law of Moses. Joseph did what was right. He was an honorable, godly man. Careful about what he ate, who he hung out with, and how he spent the Sabbath, Joseph kept his distance from anything that would derail him spiritually.

The foundation that roots all great leaders is conviction, doing what is right instead of what is easy. A strong leader builds a habit of conviction, knowing the times when no one is watching are when true character emerges. The best leaders protect and treasure their reputations, consciences, and values.

Life was good for Joseph. His business was going well. He was engaged to a beautiful young lady named Mary, whose strong faith in the Lord attracted him. They had blissful dreams and heavenly plans for their future. One can only imagine how Joseph felt when Mary told him she was pregnant. He knew he was not the father. Joseph and Mary had not been sexually active. The expectation of marrying the girl of his dreams and having a family came crashing down around him. What was he to think? What was he to do? Her explanation of a miraculous conception seemed far from plausible.

Now, he’s a righteous man with a problem. His fiancée is pregnant, and he’s not the father.  Joseph’s reputation was on the line. The small-town gossip in Nazareth was ablaze with speculation, accusation, and innuendo. What was this man of conviction to do? The Law of Moses said Mary should be taken to the city gates and stoned to death (Deuteronomy 22:24). Joseph was a man of conviction. He was honor bound to obey the law of Moses. What was he supposed to do now?

Thankfully, Joseph was a man of compassion. Matthew 1:19 (NLT) says, “Joseph, her fiancé, being a just man, decided to break the engagement quietly so as not to disgrace her publicly.” Joseph could have taken Mary to court, collected more money from her family, and publicly humiliated her. He had every legal right to do so, but because he loved her, he planned to find two witnesses and privately break off their relationship, lessening Mary’s shame and restoring Joseph’s good name as a just man. Joseph was trying to do the loving thing while simultaneously fulfilling the law. He planned to do everything quickly and quietly. Joseph was a man of conviction, but he was also a man of compassion.

Joseph went to bed that evening a sad man, unsettled in his spirit, thinking about the explanation Mary had given him. As he slept, something most unusual occurred. An angel of the Lord appeared to him in a dream. “Joseph, son of David,” the angel said, “do not be afraid to take Mary as your wife. For the child within her was conceived by the Holy Spirit. And she will have a son, and you are to name him Jesus, for he will save his people from their sins.”  All of this occurred to fulfill the Lord’s message through his prophet: “Look! The virgin will conceive a child! She will give birth to a son, and they will call him Immanuel, which means ‘God is with us.’” (Matthew 19:20-23, NLT).

Joseph was a man of communion. He had an ear to hear the voice of the Lord. How often have we, as men, rushed a decision without allowing adequate time to commune with God in prayer and study of scripture? Invariably, we make irrational decisions and premature choices, making misdirected steps when we do not pause long enough to hear the voice of our Heavenly Father, guiding us and directing us in the journey of life. May God give us ears to hear what the Holy Spirit is saying so we, like Joseph, may have God's specific, detailed plan for every situation, no matter how complex, troubling, and unsettling.

Joseph’s communion with the Lord made him a man of clarity. What had been a colossal conundrum of confusion and chaos overnight became crystal clear. Mary had not lied. She had spoken the truth about her angelic visitor and encounter with the Holy Spirit. Prophecy was being fulfilled. Joseph and Mary were chosen as God’s instruments in stewarding the greatest gift ever given, the unspeakable gift of God’s Son and our Savior, the Lord Jesus Christ.

When we, like Joseph, match our conviction of scripture with the compassion of our Father’s heart, seeking His face in earnest communion to hear His voice, we, too, will possess unexplainable clarity that may not always make sense in the natural order. Yet, the clarity we receive positions us to step into our prophetic destiny as men of God who reject passivity, accept responsibility, lead courageously, and invest eternally.

When Joseph woke up, he did as the angel of the Lord commanded and took Mary as his wife. But he did not have sexual relations with her until her son was born. And Joseph named him Jesus (Matthew 1:24-25, NLT). Armed with laser-focused clarity, Joseph now demonstrated he was a man of commitment. There was no resistance or reluctance on Joseph’s part. His commitment was more than compliance. Compelled as a man of God to follow through, Joseph did as directed. The great need of our day is men of conviction, compassion, communion, clarity, and commitment who follow through with all that God has instructed. Leadership, at its finest, is the influence that inspires. With all our getting, may we as men of the 21st Century get conviction, compassion, communion, clarity, and commitment to obey whether the circumstances are favorable or the consequences suitable.

Lastly, Joseph, the carpenter, was a man of courage (Matthew 2:13-15, 19-21). He received further angelic instructions regarding safeguarding the Christ child and his mother. In the face of great opposition, evil hostility, and demonic plots, Joseph revealed his character as a man of courage who protected his most appreciable assets of wife and son. If we are going to win the battle that rages against our families, the warfare that threatens our marriages, and the assault of hell against our sons and daughters and their children after them, we must become men of unflinching courage whose strength is in the Lord.

Joseph’s name in Hebrew means “The LORD increases.”  May the LORD our God increase Joseph’s tribe, men who possess the leadership qualities seen in this man’s life. What an example for all men everywhere. He was not a prophet or a pastor. He was a carpenter. Hence, his example spurs all men everywhere from every walk of life to be the kind of man Joseph was, a man of conviction, compassion, communion, clarity, commitment, and courage. These are the ingredients of a life useful to God.

IPHC Men’s Ministries' theme for 2023 is “Useful To God.”  Our theme verse is 2 Timothy 2:21, exhorting us to be “useful to the Master” (NIV). As John Stott wrote, ‘No higher honor could be imagined than to be an instrument in the hand of Jesus Christ, to be at his disposal for the furtherance of his purposes, to be available whenever wanted for his service.’ Being useful to the Master and instruments for noble purposes (2 Timothy 2:21) starts with dedicating your life to him and re-dedicating it regularly to his service.

How can you be useful to God? Plan now to join IPHC Men’s Ministries in January for a focused study based on the You Version Bible Plan: Useful to God, examining eight lessons from the life of D. L. Moody.  For more information, please contact W. A. Mills at wmills@iphc.org or 540.570.6086. 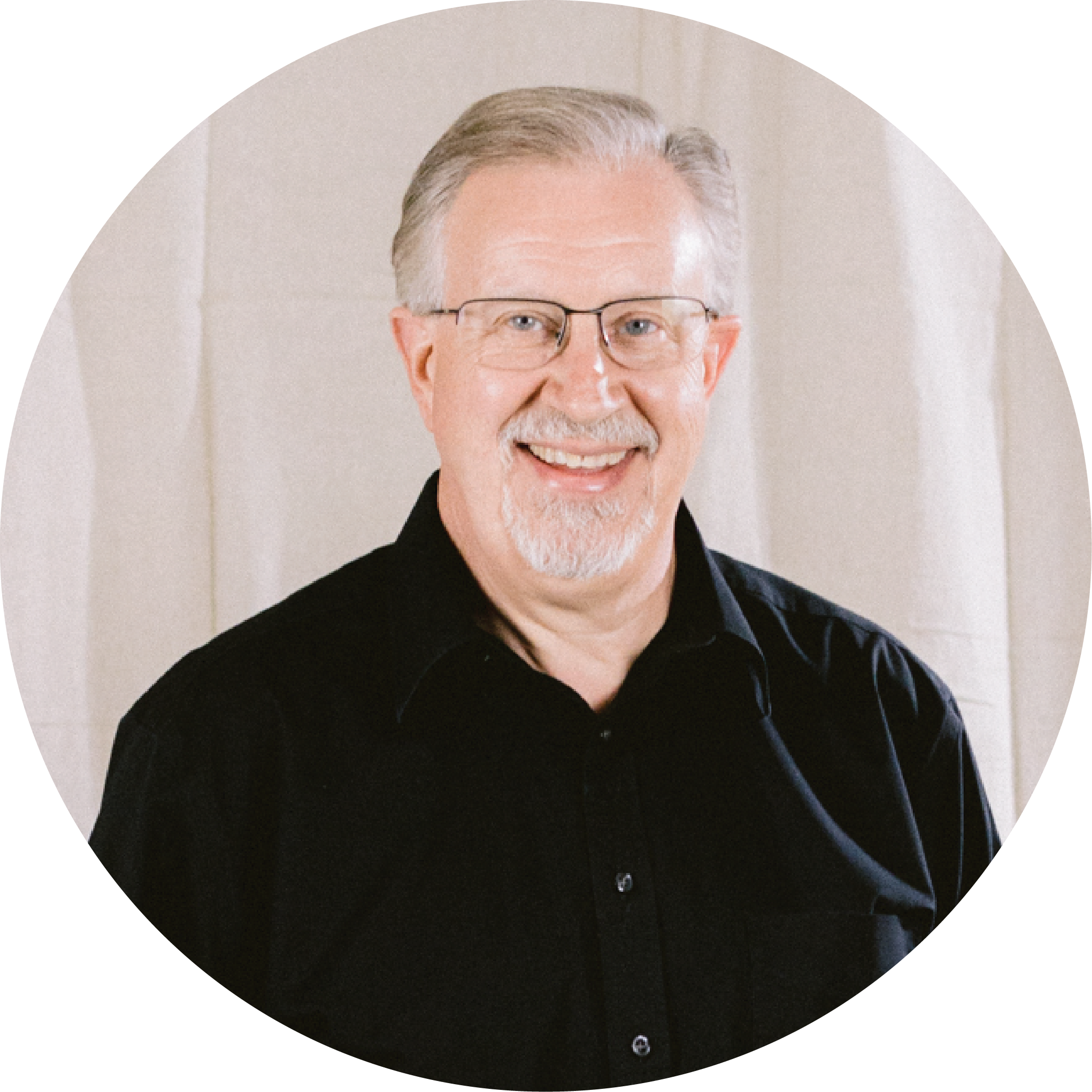 Rev. W. A. Mills, Jr. served for 33 years as a pastor in the International Pentecostal Holiness Church, including 12 years in North Carolina and 21 years in Buena Vista, Virginia.  W. A. has preached in camp meetings, revivals, men's conferences, and pastors' conferences within and outside the IPHC. He is a member of the Appalachian Conference, where he served one term as an executive council member.

Having served 12 years on the General Men’s Ministries Board, W. A. was appointed General Director of Men’s Ministries in February 2018, assuming office on July 1, 2018. His passion is to call men into authentic manhood on their journey of becoming like Jesus, men who, in the words of Robert Lewis, “reject passivity, accept responsibility, lead courageously, and invest eternally.” W. A. serves as the IPHC Representative with the Religious Alliance Against Pornography (RAAP) and is chairman of the Board of Trustees of Holmes Bible College in Greenville, SC.

In the providence of God, W. A. met, courted, and married a beautiful widow, Tammy, the love of his life.  W. A. and Tammy are excited about all the Father has in store for them, believing the best is yet to come.