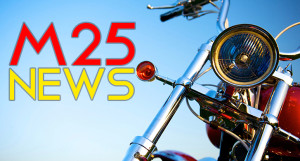 The Hoka Hey Motorcycle Challenge is a long distance endurance ride that calls on the warrior spirit by testing physical, mental, and emotional boundaries. The ride started on July 20, 2014 in Key West, Florida and finished more than 8,000 miles away in Homer, Alaska. This year, was Mission: M25’s first endeavor to be involved in Hoka Hey (Lakota meaning: A good day to die).

The ride entailed covering 8,178 miles in eleven days on secondary roads, sleeping in a tent (or just on the ground), no showers, meals out of refrigerators at gasoline stops, four to five hours of sleep a night, but it was accomplished. The challenge was seen, accepted, and conquered by Mission: M25 National Director Gary “Shepherd” Burd and Gene “Flyboy” Adee. They crossed the line at approximately 1:20 am on July 31, after traveling 1,124 miles on the final day alone. 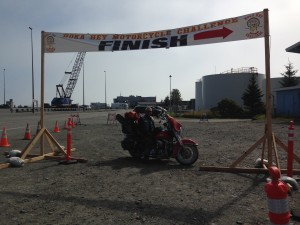 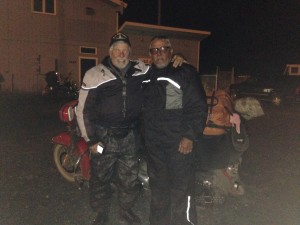 Much was learned about honor, respect, integrity, and compassion, the four virtues of the Native American’s hoop of life. During the Hoka Hey, riders were asked to comply with the rules and obey the laws of the land. That meant riding no more than posted speed limit, not even five miles above.

Matthew 25:40 (The Message) states when you do things for the ‘overlooked and ignored’, you have reached the heart of God. The Native Americans have been in this category for centuries. They were put on reservations, massacred, humiliated, and half starved all in the name of progress.

The ride organizer spoke of needing to ‘right the wrongs’, which is also one of the core values of Mission: M25. She also stated that they were trying to do their ‘little part’ by putting on this long distance ride. The ride participants heard from the organizer about the poverty that Native Americans presently experience on the Pine Ridge Reservation in South Dakota. The money raised from the Hoka Hey goes to help provide residents with inside plumbing, running water, warm blankets, and other necessities.

The Hoka Hey is a very dangerous ride and unfortunately not all the riders completed it. One rider passed away during the ride. Rev. Gary Burd was asked to officiate the service at the Seafarer’s Memorial in Homer. Alaska. It was an intimate time and the Lord was certainly present giving the right words to bless the riders. 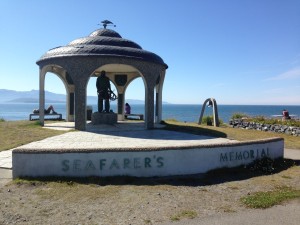 Gary spoke of the four virtues, which is the reason the ride existed. He then encouraged everyone to remember that this man gave his life not just to make a motorcycle ride but to make an effort to ‘right a wrong’. To symbolize this, Gary Burd presented his knight’s sword and stated his personal code; live pure, speak truth, right wrongs, and follow the King. Gary then reminded everyone of the passage of God so loving the world that He sent His Son. The ceremony concluded with the remaining riders ringing the bell with their challenge coins. Then a prayer and Amazing Grace was sung, all led by Rev. Burd.

A huge thank you goes out to everyone who stood with Mission: M25 in prayer during this intense and dangerous outreach.