July 25th and 26th commemorated the 2022 bi-annual IPHC Chaplain Ministries Banquet and Training Conference preceding the General Conference in Jacksonville, Florida.  Over 35 active duty and retired military chaplains and their spouses were in attendance as well as several General Officials and Conference Bishops. 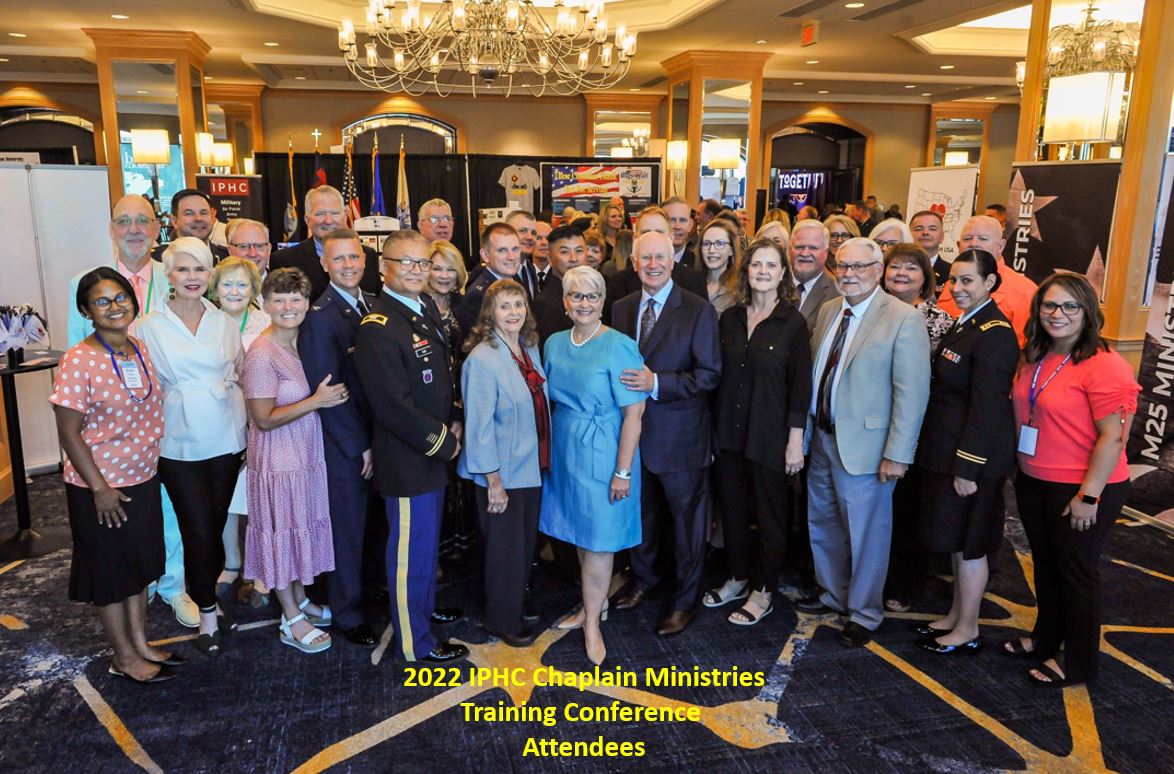 The banquet agenda was different this year, as two of our IPHC military chaplains, Chaplain Tim Moore and Chaplain Doug Beacham were not able to have retirement ceremonies when they left the service due to special circumstances.  So, they were provided with post-retirement ceremonies planned under the greatest of secrecies.

Pam Moore and Susan Beacham were instrumental in gaining the necessary documentation without the chaplains’ knowledge and ensuring the chaplains would be at the banquet.  Our senior Navy chaplain, Chaplain Kendal Taylor provided the honors for Chaplain Moore.  Very secret arrangements were made for the surprise attendance of Chaplain Beacham’s very close friend and former supervisor, Major General (MG) Emile Bataille, USAR Retired, to honor Chaplain Beacham.  Each retiree was presented with the Meritorious Service Medal as well as the new IPHC Chaplain Ministries medallion.

The training day was exceptional as well. Chaplain James and Joy Ward began the day with worship music and singing and Chaplain Ward presented an 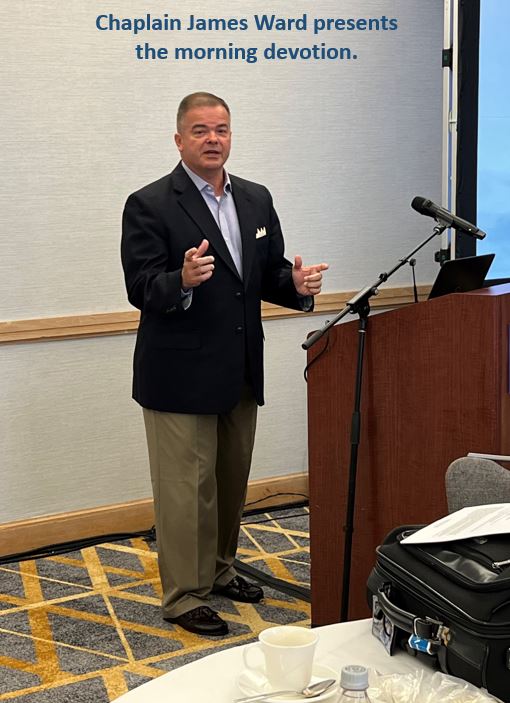 inspiring and stirring devotional.  Guest speaker, MG Bataille presented a program called ‘Coming Home’ designed for veterans and their spouses to help them deal with the realities of coming home from war and dealing with post trauma and emotion issues.

The keynote presenter was Dr. Terry Tramel, IPHC Director of Global Outreach and Leadership Development.  He presented several themes taken from a Biblical perspective comparing Joseph and King David in the areas of Leadership Development, Homiletical and Communication Skills, and The Role of Faith in Pastoral Care.  It was exceptional!

At the conclusion of the training, Chaplain Jones presented to each chaplain present, the newly commissioned IPHC Chaplains medallion.  Although not present, our former endorser and director of Chaplain Ministries, Chaplain Hugh Morgan, was mailed a medallion designated as the ‘first’ coin issued.  Other IPHC chaplains to include retirees, were also mailed medallions.

We look forward to the next bi-annual Chaplains Training Conference to be held in the summer of 2024.  Exact dates and location to be announced.

If you are interested in military or institutional chaplaincy, please contact Chaplain Jerry L Jones at JJones@iphc.org or call (580) 696-6945.  Please leave a voice message if your call is not answered.