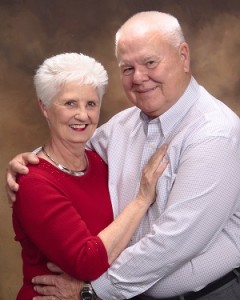 Rev. James McDowell, former superintendent of the Heartland Conference of the International Pentecostal Holiness Church (IPHC), passed away unexpectedly on July 17, 2015. He had undergone surgery on his arm a week earlier to correct an injury sustained in April of this year. A blood clot hit his heart, causing his sudden death.

James Cordell McDowell was born on January 1, 1942, at Cherryville, Kansas. He described his parents, James Irvin and Goldie McDowell, as good people, though they never attended church. One of James’s aunts took him to Sunday school every week at a Fire-Baptized Holiness Church. During his mid-teens, he began attending the Pentecostal Holiness Church in Cherryville. There he learned the basic principles of the Christian faith and gave his heart to Christ.

In preparation for fulfilling his calling to preach the gospel, James attended Southwestern College in Oklahoma City. That is where he met and married the love of his life, Thelma Crockell, on June 23, 1962.

James is predeceased by his parents and one sister, Yvonne Stevenson. He is survived by his wife Thelma; two sons, Jim and William (Misti), one daughter-in-love, Darla; five grandchildren; one brother, Irvin Lee (Beulah) and one sister, Greta Sommers (Mike). Countless other relatives and friends grieve his passing.

“We are deeply saddened to learn of the sudden passing of Rev. James McDowell. I had the privilege of serving with him on the IPHC General Board of Administration and the General Executive Board. He was a kind and gracious man, who was deeply committed to Jesus Christ, his family, and to the IPHC. He faithfully served the Heartland Conference as superintendent.”

The McDowells raised two sons, Jim and William, yet throughout their ministry, they became spiritual parents and mentors to numerous pastors and other church leaders. In fact, James became known as a “father to pastors.” At a JoySprings Retreat prior to James’s being elected as conference superintendent, Chuck Pierce (Glory of Zion Ministries) declared a prophecy to this effect over James. He lived to see that word fulfilled in his life.

Since his retirement, James and Thelma have remained active in various conference and denominational activities. Thelma served as administrative assistant to several IPHC denominational leaders, including Bishops B.E. Underwood and Ronald Carpenter, Sr.

In a message to leaders in the Heartland Conference, Anne Youell, conference WIN director, spoke of the pastors’ sense of loss at the passing of their faithful friend: “Our brother has left his loving imprint upon each of our hearts that will continue to produce fruit for the glory of our Lord as He tarries His coming.”

A memorial service for Rev. James McDowell will be held at 10 a.m. on Tuesday, July 21, 2015, at River of Life Church in Oklahoma City.