Thoughts for the Third Sunday in Advent 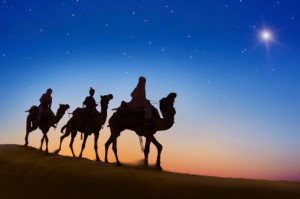 We come to this Advent Sunday with an awareness that the main characters in the biblical story were on the move. Joseph, Mary, and the unborn Christ child traveled from Nazareth to Bethlehem (compelled by government order). The wise men made a longer journey from the East, compelled by a star that Gregory the Great called “a silent element.” The shepherds led their temple herds across the hills and valleys near Bethlehem. The angels left heaven’s throne and filled the skies over Bethlehem with the birth announcement. Everyone was on the move.

Today, immigrants and refugees are the main characters on the world’s stage. Debate and controversy dominate the news as nations, including the United States, attempt to balance security issues with well-intended efforts to help people fleeing the ravages of poverty, oppression, and war.

On many current issues, the International Pentecostal Holiness Church (IPHC) uses the resolutions of the National Association of Evangelicals to express our official position. Our denominational position regarding current debate and controversies over immigration and refugee crises are reflected through these resolutions.

In recent weeks, evangelicals addressed the current Syrian refugee crisis with a letter to Congress. Released on the same day as the Islamic terrorist attack in San Bernardino, California, an event which highlighted additional concerns regarding the effective vetting of immigrants and refugees, the primary focus of the letter addresses concerns many of us have as we seek to obey Christ’s commands.

These issues are controversial. People of good will and good arguments are expressing their conflicting views. From an IPHC standpoint, here are some observations I ask us to keep in mind.

First, we recognize that immigration and refugees are a global phenomenon that impacts most nations. Thus, as a global denomination, our response cannot simply be within the context of the United States experience. We must be spiritually alert to the needs of our global family and their challenges and opportunities.

Third, we affirm the First Amendment political rights we have in the United States–freedom of speech, free exercise of religion and right of assembly. Later, we were granted the power of the secret ballot when we vote.

Fourth, we recognize that there are differing views on these matters within our denominational family. We encourage debate and discussion with one another by “speaking the truth in love” (Ephesians 4:15), and “Let your speech always be with grace, seasoned with salt, that you may know how you ought to answer each one” (Colossians 4:6). Our unity and love with one another are based on our relationship to Jesus Christ.

In light of the above, I encourage us as a global family to ask ourselves some questions.

“Holy Spirit, how can I hear you speak amidst the noise from our media and social media traffic?” Regardless of our particular political views or support of particular candidates or parties, as followers of Jesus, our walk of obedience compels us to allow the Holy Spirit to speak to us from what God has revealed in Scripture about the alien, the stranger, and the kingdom of God (Exodus 22:21; 23:9; Deuteronomy 10:19; 24:14; Hebrews 13:2; 3 John 5). This can be tricky and manipulated by anyone to bolster a particular political position. Nonetheless, I ask us to prayerfully weigh what the Spirit is saying to the Church and take our personal and corporate stand in humility, love, and strength.

“Lord Jesus, how will I respond if my family becomes an immigrant or refugee?” As we view these issues from a kingdom of God perspective, let us ask the Holy Spirit to show us how He is at work among the shifting tides of people movements in the world. Let us not forget that our forefathers from our Judeo-Christian heritage were often refugees and immigrants. The family of Abraham, the Judeans following the destruction of Jerusalem in 586 B.C., and Huguenots (which according to my mother was part of our family heritage) and Puritans come to mind.

“How can I serve my neighbor who is so different from me?” Whatever governments decide, we must see immigrants and refugees as people we love for Christ’s sake.  This is particularly true for those who come to us from very different religious and cultural backgrounds. The culture of the kingdom of God transcends all our utopian visions, fears, and concerns.

“Jesus, am I willing to hear your voice through someone very different from me?” Though the percentages have declined in the past decade, Pew Research shows that the majority of immigrants coming into the USA are from Christian backgrounds. The current debate over Syrian refugees highlights concerns expressed in the Evangelical Immigration Table letter that Syrian Christians are being neglected. I believe that the Holy Spirit is bringing many immigrants and refugees to the United States as part of God’s way of bringing spiritual revival to our nation.

“Can I set aside my agenda(s) for the best that God wants to give us as a people?” Let us pray, write letters, call our politicians, and ask for policies that provide for our security, for the protection of our constitutional government, and for this nation as a place of hope for people seeking refuge and opportunity.

On this third Sunday in Advent, let’s remember that as the people of God, we are on a journey. We have not arrived and in our present state, we are fundamentally “strangers and aliens” in this fallen world. So we live here in and through the promises we have of a better city, “whose builder and maker is God” (Hebrews 11:10).