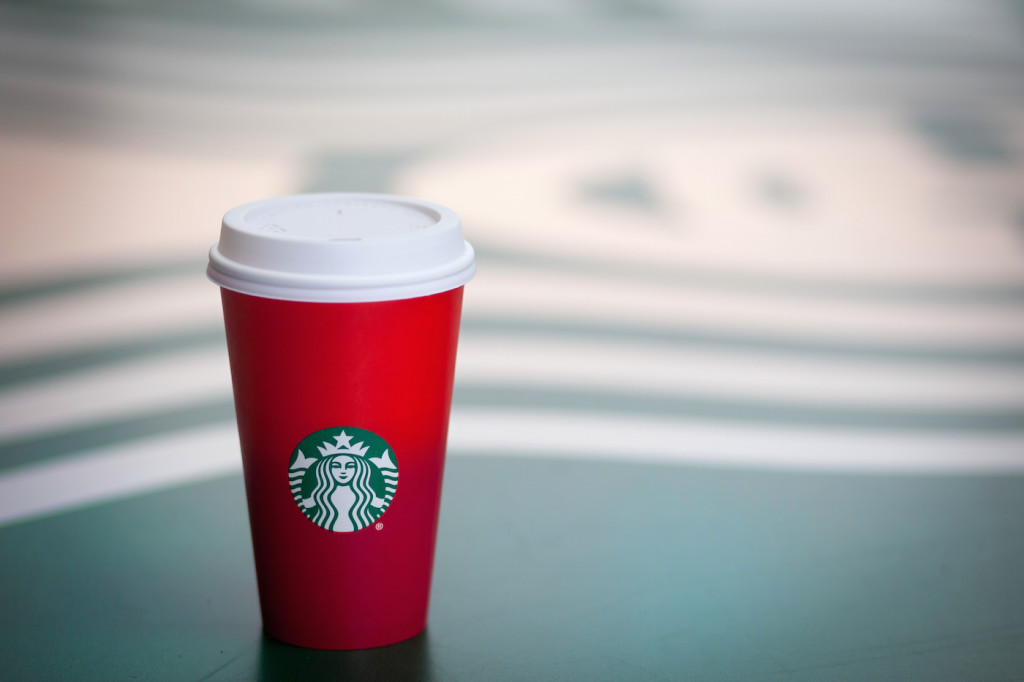 When I first saw comments on Facebook about Starbucks and red cups my first thought was, “Why is Starbucks using Toby Keith’s ‘Red Solo Cup’ song?” Seriously, that was my first thought. Since Starbucks coffee is not high on my coffee palate, I didn’t pay much attention to it until Twitter ran with the story for several days.

I finally read what all the noise was about: apparently an evangelist is upset because these Starbucks red cups are not Christmas enough. In response, those who disagree with the evangelist are upset at him. Apparently a red line has been drawn in the coffee beans.

I’ll admit that I grew up in an America that until recently was not shy about displaying a crèche on public property, including government property. Saying “Merry Christmas” was common and in public schools we sang “Silent Night,” “Joy to the World,” and “We Wish You a Merry Christmas.” But in our increasingly secular and religiously diverse society that day has passed, at least in most areas.

While I personally wish that Starbucks, Google, and other businesses would recognize the religious foundation of this season, I don’t expect them to do what we, the Body of Jesus Christ should be doing. It is our responsibility to tell the world about Jesus and show His love. Jesus commanded His disciples to “Go into all the world and make disciples of all the nations” (Matthew 28:19, NKJV). The Apostle Paul did not expect the Roman Empire to do his work for him, though he wisely took advantage of what the empire would allow.

This does not mean we should passively surrender to the culture; rather, let’s be wise in our efforts and position ourselves as leaders in places, and companies, where we can influence the graceful display of our faith symbols. For years I have prayed that the Holy Spirit will raise up a new generation of bright and creative entrepreneurs who love Jesus, and are not afraid or ashamed to use their voices, vision, and resources to impact this world for righteousness. They will know how to wisely and publicly declare the message of the Gospel personally and through their corporate image. Thankfully they already exist and I pray for more to arise.

Which brings me to these opening thoughts about Advent, which begins on Sunday, November 29 (many IPHC members in Orthodox countries will begin Advent on Sunday, November 15). This is our opportunity to share with our communities the Good News of the birth of the Savior of the world, Jesus Christ. Most importantly, we can do this by manifesting love and compassion to those in need. And, we can display Nativity scenes on our yards. We can invite neighbors into our homes, decorated with open Bibles (which are actually being read!), with various manger scenes, with Hanukkah candles reminding us of our Jewish roots of faith, as well as the usual Santa, reindeer, elves, and the like. And yes, we can say “Merry Christmas” in the store check-out line even if the clerk does not, or cannot, say it.

There’s something else we can do. Instead of lamenting “red cups,” we can follow the example of an IPHC congregation and start Advent this year with Red Sunday. I think it’s a great idea because it puts the focus on the real meaning of the season: the birth of the Savior who shed His holy blood for our salvation. A lot of IPHC congregations emphasize Advent and I encourage this practice. On November 29th we can connect the birth of the Messiah, which is often sentimentalized in our society, with the reality of His death and resurrection, and our need for salvation. Without Good Friday and Easter Sunday, the Incarnation we celebrate at Christmas is little more than a myth supporting year end profits. Without the Incarnation at Christmas, Good Friday and Easter Sunday are about a hero rather than the Son of God.

So, here’s an idea: next time you go to Starbucks during this Christmas Season, stop by Hobby Lobby, pick up some pens that can be read on red, and write your own Christmas expression for those around you to read. Let Advent begin!