On Tuesday, August 15, 2016, members of the International Pentecostal Holiness Church joined with a diverse group of Christians from across Oklahoma City in a unified prayer walk for their city, state and nation. The prayer group gathered in response to a satanic black mass which was being held nearby at the Civic Center Music Hall. 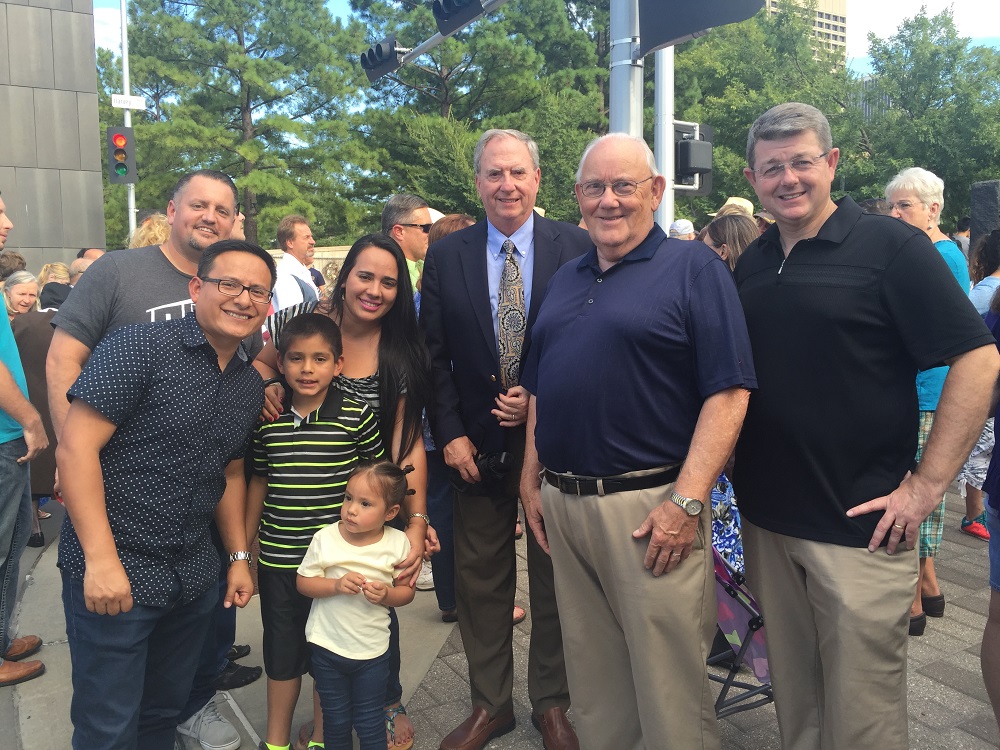 This time of prayer was significant to Dr. Lou Shirey, director of the IPHC WIN Prayer Ministry, because “We are in a battle of light and darkness. Jesus is the light of the world. We choose as a city and as a people to let His light shine everywhere.”

Coordinated by the Family Policy Institute of Oklahoma (FPIO), the Unity Prayer Walk brought Christians together as a sign of unity and peace to declare their faith in the one true God. Led by Dr. Timothy Tardibono, the FPIO believes, “As people search for answers, now is the time for the body of Christ in Oklahoma to come together in unity across denominational lines in a call to prayer.”

The crowd gathered at the Jesus Wept statue on the grounds of St. Joseph’s Catholic Church, 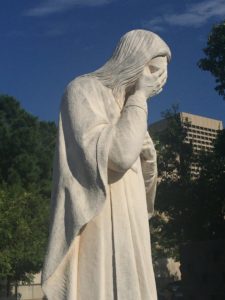 opposite the Oklahoma City National Memorial. In his welcome, Father William Novak of the Archdiocese of Oklahoma City stated, “We are all brothers and sisters unified in peace and in prayer.” He called everyone to stand together against evil and to ask God to dispel the darkness in our nation and world.

As the prayer walk began, IPHC General Superintendent Doug Beacham locked arms with leaders from the Southern Baptist, Catholic, United Methodist, Lutheran, Episcopal and Presbyterian churches to lead the procession. The streets of downtown Oklahoma City were filled with Christians praying and singing praises to God.

The short walk concluded at the United Methodist Church where over 1,000 people joined together for an interfaith prayer service covering various topics. Presiding Bishop Doug Beacham led in prayer for the faith community and church, followed by prayers from other Christian leaders for family, the state of Oklahoma and Oklahoma City, government, education, business, arts and media, military and law enforcement, and racial reconciliation.

Prayers were intertwined with Scripture readings and hymns declaring praise and worship to God. In an act of honor and respect, the crowd gave Oklahoma City Police Staff Sergeant Anthony Carter a standing ovation when he stood to lead in prayer for the military and law enforcement.

Beacham expressed his appreciation for those who joined in this special time of prayer, “I’m grateful for the IPHC participation in this important statement for the Oklahoma City community. The service was deeply moving as over a thousand Christians from across the city prayed with joyful enthusiasm and hope for the city.”