The Power of “God Bless You”

How is it possible that one small phrase, casually written, can produce a huge impact upon a person?  I have marveled that the phrase “God bless you”, which I wrote as a throw-in statement at the end of an email, has been used by God to bring change in the lives of many people.

In 2004 I was part of a medical mission group to Secondi, Ghana in West Africa.  Karen Sorrow, my sister-in-law invited me to go with her and a team of thirty people.  Karen had previously been to this city on another medical team.  She was an excellent Nurse Practitioner.  I was very hesitant to join the group because I have very limited medical training.  On her insistence, I made the trip.  Crowd control and greeting people became my role with the team.  I also spoke almost every night for some church gathering in the nearby area. 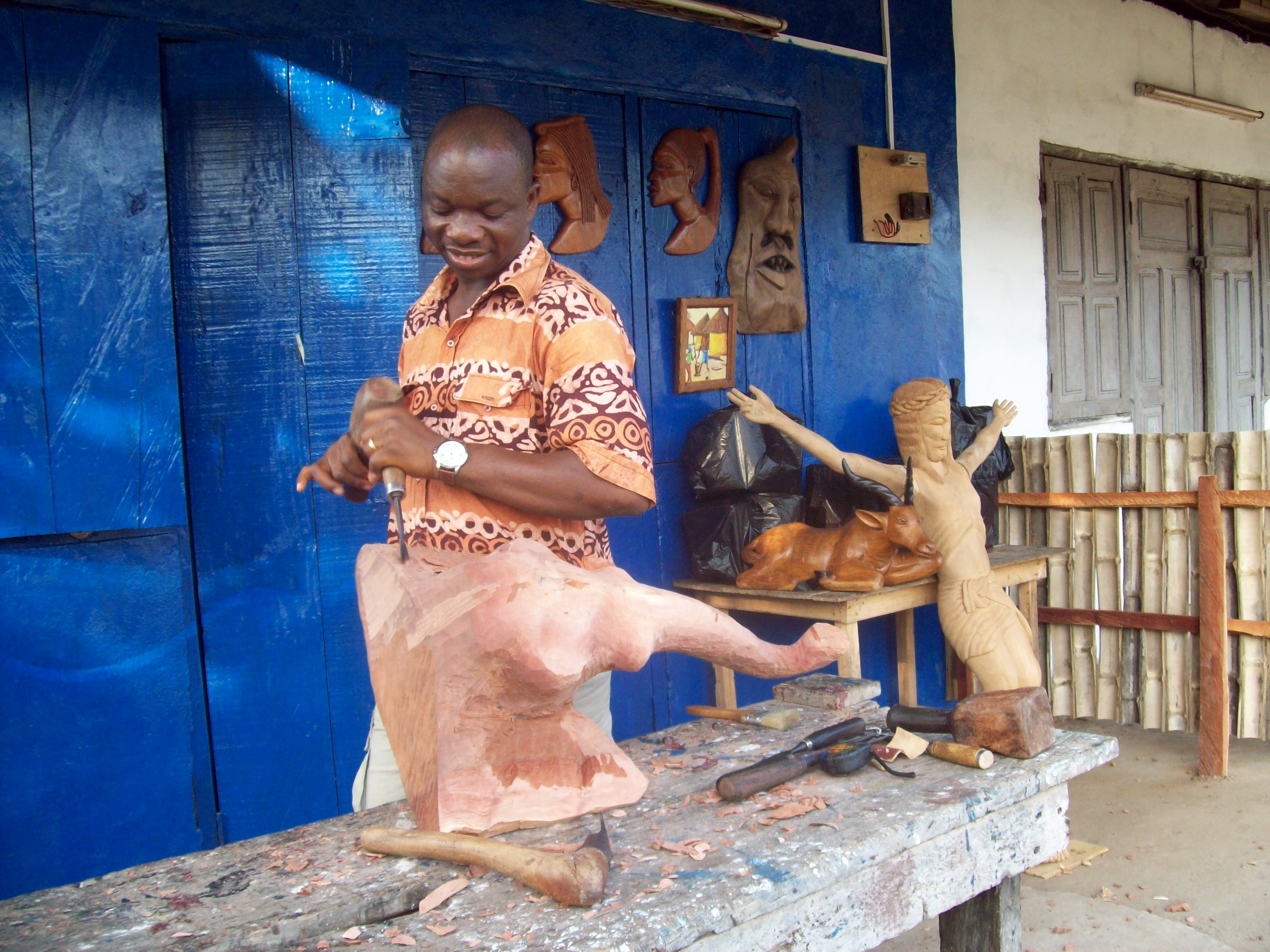 One afternoon, several of the team members were taken to a large grove of trees near the ocean coast where wood carvers showed and sold their items.  Karen had purchased some items previously from one particular man.  She introduced me to Leonard Egli, whose carvings were easily recognized as superior work.  My wife, Becky, and I have a collection of Noah’s ark sets.  I asked Leonard to carve an ark, with Noah and the animals.  Leonard was born in the near-by country of Togo.  I later learned that his birth family were not Christians and he had been forbidden to read the Bible.  So he did not know about Noah.  After the explanation about Noah and that I wanted the ark to look like a Ghanaian fishing boat, he agreed to prepare the set and mail it to us.

After a couple of months, the set arrived to our home in Georgia.  Leonard and I had been in contact mainly through our emails.  In one of my emails I thanked Leonard for his beautiful work.  We greatly valued the amazingly detailed carving from ebony wood of the ark, Noah and the animals that were included in the set.  At the close of this short email I wrote, “God bless you” and then my name.

Leonard later told me that at that time he was experiencing an extremely low point in his life.  He was dealing with depression and a spiritual crisis.  No one had ever told him that God could bless Him.  He only thought that God cursed.  The blessing jumped from the computer screen and into his heart.  “That day I went from darkness into light.”  Christ became his Savior and Lord and the process of transformation in his life began.

In the next few years Leonard felt God call him to become a pastor.  He decided to attend Cape Coast Bible College, near his home city.  To assist him with the expenses he sent small carved items, mainly Nativity and Noah’s ark sets, to us and we sold his items to family and friends.    Since completing the Bible School in 2008 Leonard has continued to produce his art works and also preparing to become a pastor in a church.

Through the years, our friendship has flourished.  Leonard’s faith in Christ is very simple and profound.  I often am deeply blessed by his response to situations when he will say, “Brother Lou, lets pray and trust God and see what He will do”.  I have learned from Leonard; he has captured the essence of our faith in Christ.

Often our conversations are not perfectly clear; talking by cell phone from the US to a person using a cell phone in West Africa can have a lot of interruptions.  English is also Leonard’s fourth language and I certainly can’t speak French, or Togolese, or the Ghanaian dialect that Leonard speaks.  But we still effectively communicate.

Bishop Doug Beacham invited me to join him and his wife, Susan, for Easter Celebration services in Togo West Africa in 2012.  Leonard met us in Lome, Togo.  What an excellent interpreter Leonard was for us during those days!  He and I spent many hours sharing during this visit.  He was gracious to answer many questions that I had about his life and culture.  As a part of that trip, I added an extra day in Ghana.  I met his wife, Comfort, and their children.  His son is named for me.  The children often ask Leonard when I will visit again.  They refer to me as granddaddy.

Leonard continued to faithfully pursue becoming an IPHC pastor.  In June, 2013, he was appointed as the pastor of the Secondi, Ghana IPHC church.  The church at the time was a struggling group of only seven people.  There are now one hundred people that attend the church.

When we greet each other on the phone or via email almost always “God bless you” is a part of our greeting.  Leonard is now giving the blessing of God to people, either as he carves items from wood or helping to carve the truth of God into the lives of people.

And all of this from the casually expressed phrase “God bless you” that was used at the end of an email!  God is a faithful and good, good Father!