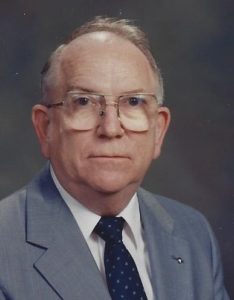 The IPHC family extends our condolences to the family of Dr. C.Y. Melton, who passed away on December 28, 2016. General Superintendent Dr. Doug Beacham remarks:

“Dr. C.Y. Melton was a great lay leader in the IPHC. In his various roles at Emmanuel College, especially as president, he led with wisdom and dignity. He served on the IPHC General Board of Administration. The son of the late Bishop Thomas A. Melton, Dr. Melton grew up in the IPHC and always had a great heart and love for the IPHC. He understood the importance and value of serious academic study. At the same time, he knew the same importance of ‘the fear of the Lord’ as the source of knowledge and wisdom. All of us who were blessed to know him are grateful for the impact of his life upon us. The prayers of the IPHC family are extended to his son Jim and his family.”

Even as a high school student in Durham, North Carolina, Culbreth Young Melton, or Cub, as he became known, exemplified a solid work ethic and ability to set goals and maintain priorities. During his senior year, he worked as a carrier for the Durham Sun Newspaper. He began with about 80 customers and soon increased his route to 132 regular patrons. The money he earned went toward clothes, lunches, YMCA and Sunday school. Whatever was left, he placed in a savings account or bought war bonds.

Cub was born on January 30, 1928, in Danville, Virginia. Since he was the son of Bishop Thomas A. and Emma Elizabeth Melton, he spent most of his life in connection with the Pentecostal Holiness Church.

The lessons Cub learned early as a newspaper carrier surely helped keep him focused on his goals as he pursued higher education. He graduated from Emmanuel College in 1947 with an Associate of Arts. He also earned a Bachelor of Arts and Master of Arts from the University of North Carolina, and Doctor of Education from the University of Georgia, where he specialized in counseling and psychology. 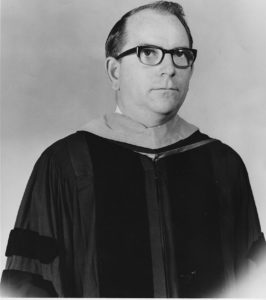 While a student at Emmanuel, Cub met Lorraine Wells, also a student from Durham. They started dating in 1949 when her father, the Reverend T. A. Wells, accepted the pastorate of the Hyde Park Church in Durham. They were married on February 3, 1951. The Meltons reared one son, James (Martha) of Mullens, West Virginia, who gave them two grandchildren and two great-grandchildren.

Cub accepted Christ as his personal savior on December 2, 1945, during a Sunday evening service at Emmanuel College. He said he didn’t remember receiving a specific call to Christian service. “It just seemed to me that service is part of the Christian package.”

Cub served 18 months in the United States Army (1952-1954). He spent most of this duty teaching English to Puerto Rican basic trainees.

In 1965, Dr. Melton stepped into the role of dean of Emmanuel College. He had already served the school for three years as an instructor and registrar. His scholastic experience also included four years as associate director of the Reading Laboratory and Clinic at the University of Florida and member of the Personnel Services Department responsible for counselor education. In addition, he had served as consultant for reading services of Volusia and Hernando counties in Florida and participated in programs of state and national professional associations.

His resignation in 1983 from the presidency did not end his academic career. Instead of leaving the field, he moved back into the classroom and taught at Emmanuel until January 2000, completing 50 years in education. But leaving the academic world did not stop the teacher from teaching. Until his home-going, on December 28, 2016, he continued to lead a Sunday school class in Mullens, West Virginia. He had taught Sunday school faithfully since 1949 in various churches.

For decades, Dr. Melton claimed a verse from a hymn written by John Wesley as his personal prayer:

Guide Thou, my Lord, guide Thou my course

And draw me on with thy sweet force.

By Thee my way, to Thee my end.

Dr. C. Y. Melton is predeceased by his parents, his wife, Lorraine and his brother, Thomas Melton, Jr. He is survived by his son and daughter-in-law, grandchildren and great-grandchildren, and a brother, Nichols Melton.

A memorial service for Dr. Melton will be heldo Saturday, January 14, at the Franklin Springs Pentecostal Holiness Church, Franklin Springs, Georgia. The family will receive friends at 10:00 a.m and the service will begin at 11:00 a.m.