Bobby J. Clem was born in Oklahoma City, Oklahoma, on July 25, 1933, to Roy and Susie Clem. Since his father was a Pentecostal Holiness (PH) minister, as were his father-in-law and mother-in-law (William and Opal Plowman), Bobby was surrounded by or involved in ministry practically his entire life. 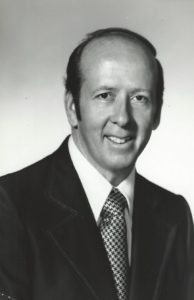 Bobby surrendered his life to Christ at home in Byron, California, when he was only six years old. He recalled having attended a service with his parents at the Pentecostal Holiness Church in Brentwood, California. From that day on, he sensed the call of God on his life. “I always knew God had called me to preach,” said Bobby, “but the confirmation of that calling came years later during a chapel service at Sharon Bible School in Madera, California.”

Sharon Bible School held many special memories for Bobby. Not only was his spiritual life and ministry defined there, he met his future wife while attending the school. “I will never forget seeing that special girl in chapel,” he recalled. “I fell in love with her, hoping some day she would become my wife.” She did. Bobby and Berna Deane Plowman were married on November 10, 1956, at the Pentecostal Holiness Church in Bakersfield.

Bobby graduated from Sharon Bible and High School. He continued his education at Pacific Bible College and the State of California Valley College in Van Nuys.

After Bobby and Berna Deane were married, they continued his evangelistic ministry for a year in California churches before accepting the pastorate of the North Hollywood PH Church. Their pastorate there extended for 15 years, during which time the congregation grew to an average attendance of over 200. They pastored in North Hollywood, Bakersfield, Stockton, and Hayward, California. He also hosted a radio program known as “Hour of Power” in the Los Angeles area and in South America.

At the National Lifeliners Convention in Natural Bridge, Virginia, in the late 60s, Bobby was elected to serve a four-year term on the General Lifeliners Board. In 1972, the Southern California Conference (now known as Golden West) elected Bobby as superintendent. He served in that role for 14 years. He also served on the Pentecostal Holiness General Executive Board for 14 years.

Bobby Clem was selected as chairman of the denomination’s first Home and Family Program and the Stewardship and Development Department.

Bobby and Berna Deane resigned their pastorate at the Hayward, California, church and moved to the Oklahoma City area in 2005. Rev. Clem served pastored New Life Christian Church in Stillwater, Oklahoma, until June 2007 then continued his ministry for seven years as chaplain at the Wellington Parke Assisted Living Center in Oklahoma City. “I praise God for giving me places to work in His kingdom,” he said.

The Clems are the parents of three children: Timothy J. Clem (deceased), Terry Clem of Edmond, Oklahoma, and Ted Clem and wife Debra of Palmdale, California.

Services for Rev. Clem are under the direction of John M. Ireland & Son Funeral Home and will be held on Saturday, November 10, 2018, at 10am at River of Life Church in Oklahoma City, Oklahoma.