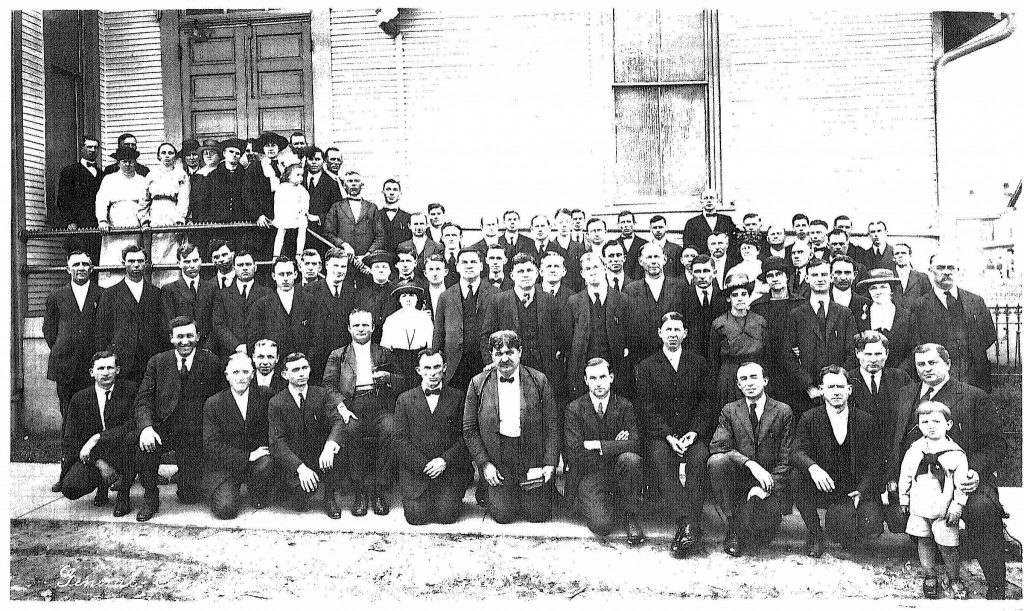 4th General Conference of the International Pentecostal Holiness Church held in Roanoke, Virginia in May of 1921

The purpose of our Archives is to keep aglow the light of Christ shining through men and women in our history, into people of today, and leaving an afterglow of God’s faithfulness as a heritage for generations yet to come.

The International Pentecostal Holiness Church Archives and Research Center is called to preserve historical records, to keep alive experiences, happenings, wisdom, and decisions of our church people. The purpose is practical because we make available this valuable information for use by church administrators, publishers, authors, scholars, students, and family members.

The children of Abraham were taught to say:

This story was told for many years. But God commanded that the story be committed to writing. This helps explain why so many Christians journey to Israel. First and foremost because there is a written account that has been preserved about the acts of God in the land of Abraham.

In Old Testament times and in the apostolic age, chosen servants were guided to reduce to writing and thus to a permanent form, God’s word for the church. In due time the Jewish people lost not only their ark, their temple, but their land itself. Yet they preserved their heritage in the sacred writings of the Law and the prophets.

When we think about the preservation of scripture, we should also not forget the work of the scribes, these anonymous and faithful laborers who in the so-called ‘Dark Ages,’ when civilization in the classical sense was threatened on all sides, and when it was impossible to multiply the books as we now do by the printing press, preserved scriptures by copying the manuscripts faithfully.

“I would also like to point to the meaning and importance of archives. These are spaces that hold and keep safe our memory, history, to make us able to tell the truth. And from Jesus Christ we learned that the truth shall set us free.”

Footsteps Along the Way

On motion, the office of archivist of the church was created, and on motion, G.F. Taylor was appointed to this office.

There should be built within the Publishing House a fireproof vault, and our records deposited there.

Personally, I have a few records that I have collected through the past years; and when the church builds such a vault, I shall be glad to turn over all my personal files for deposit there, but I do not care to do it until I have the assurance that they will be preserved.

In the same piece Taylor said that “the historian can’t write without records; and alas! the greater part (perhaps 99.9 per cent) of our early records have been destroyed.” Why does that matter? One of four reasons given was: “There are now thousands of our members who do not know anything of the early days …”

Tragically, part of GF Taylor’s collection would be squandered by a later generation. One of the next important developments would not materialize until the establishing of Archives at Emmanuel College in Franklin Springs, Georgia by Miss Dorothy Poteat around 1960. These Archives still exist.

Please follow this link if you would like to see more information on George F. Taylor: https://vimeo.com/144024886?fbclid=IwAR0BqX3OCA4j_MEn6ijYzeja3vUrCQzuwqj199fPoXW2QZ3du5ONMON_vBs 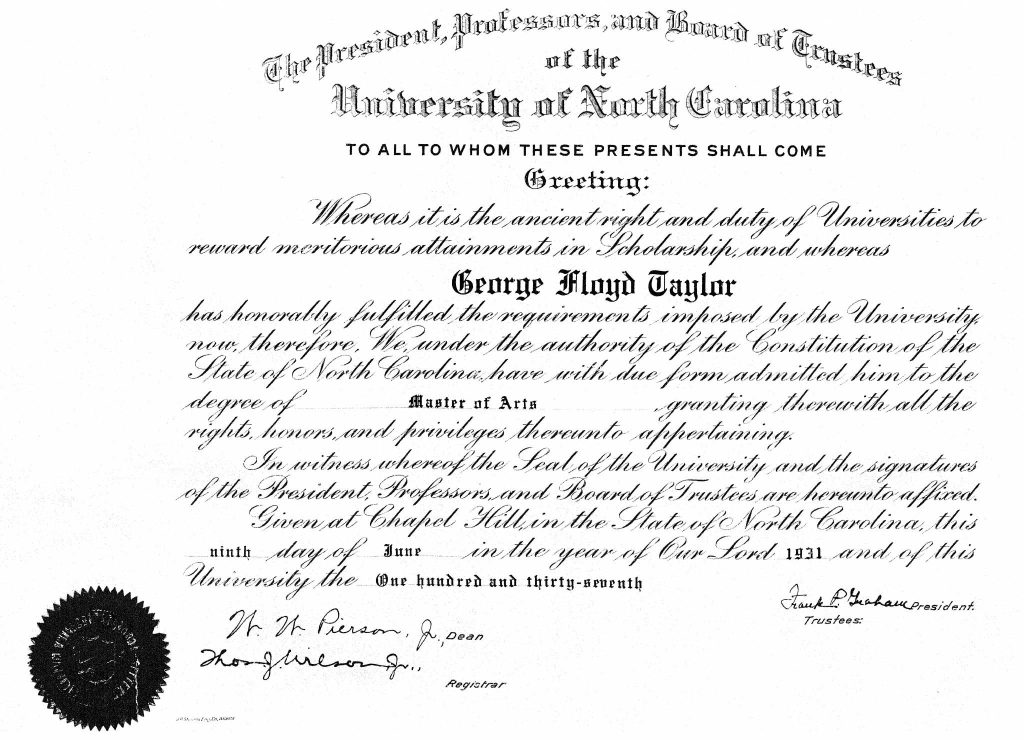 George F. Taylor’s Master of Arts Degree from the University of North Carolina

The next effort was in 1964. A Commission on History and Archives was appointed – Dr. Vinson Synan, Dorothy Poteat, Rev. James Butler, and Dr. Harold Paul. In their “spare” time they sent out forms for biographical information and received a good response from ministers in many conferences. This information was stored. It now is an important part of our history that we would have missed without the perseverance of these pioneers. The efforts of this commission are praiseworthy and appreciated.

In January 1983, the first step was taken through an open door of service, another arm of the Church extended through which God’s love flows. Policies and guidelines were written and approved by the General Board of Administration. Contacts were made which began the “collection of our people” to become the Archives that we share to the glory of God. Subsequent minor changes were approved by the General Executive Board.

The 1996 installation of a library vault at the Global Ministry Center was a major step forward in the IPHC Archives CPA project proposed by Dr. Harold D. Hunter.

Dr. Hunter also published the first Pentecostal Archives web and led the way in digitizing the collection in addition to establishing an electronic database.

Archives is a collection of people . . . God’s people. 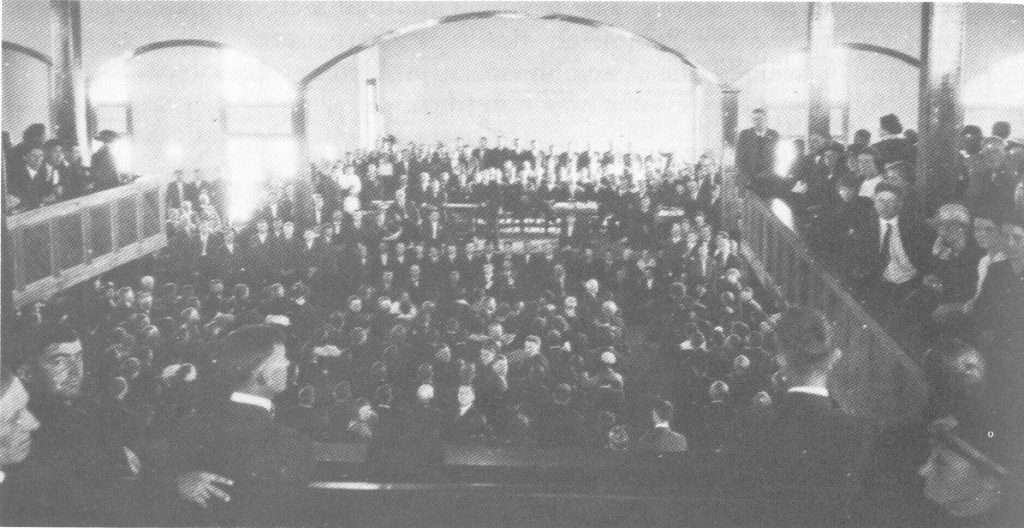 Assembly of the International Pentecostal Holiness Church in 1921