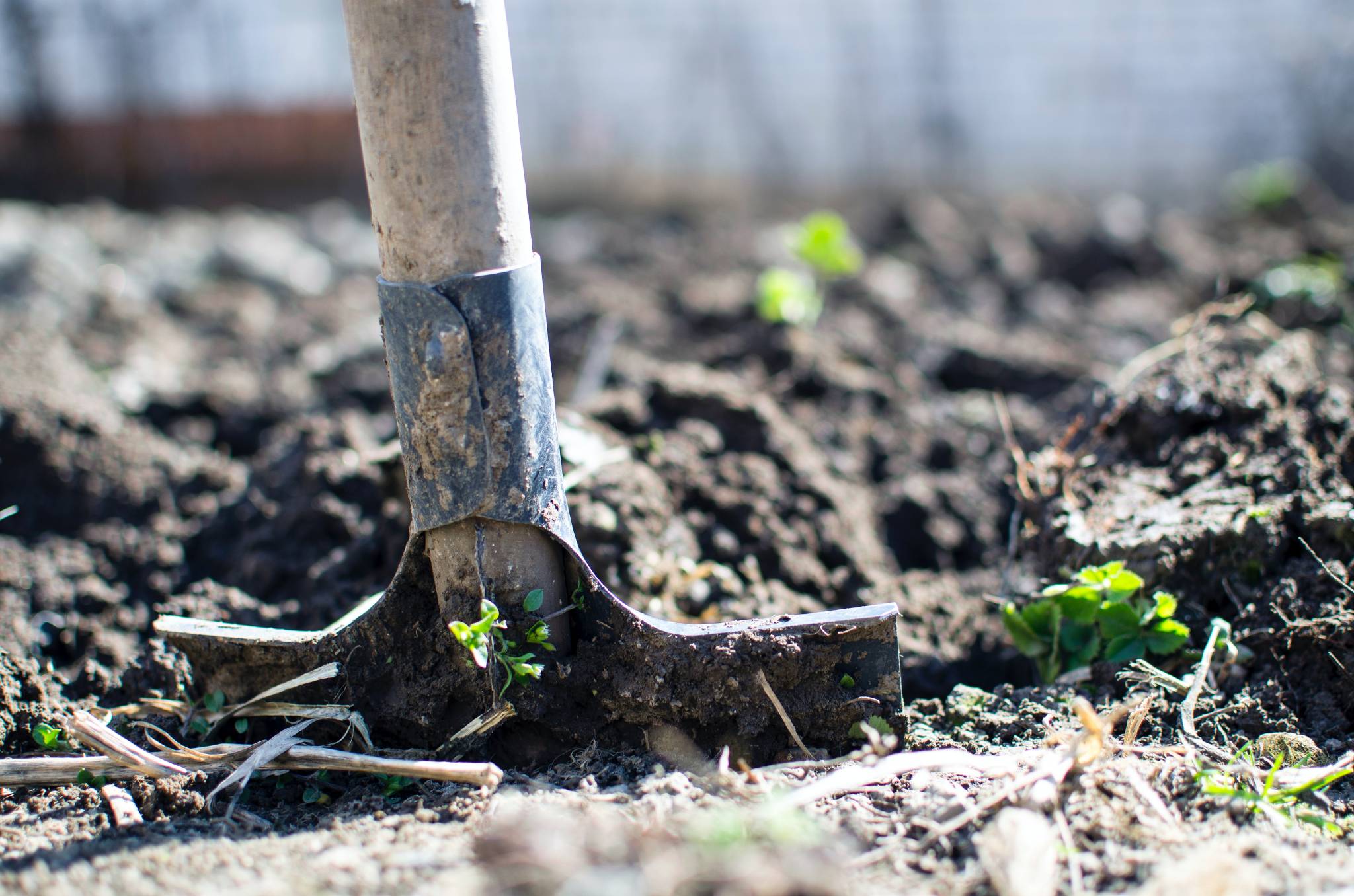 Look at the Fields: A Two-State Challenge for Arise 2033

When IPHC General Superintendent Doug Beacham began presenting the goals of Arise 2033, he included a map of US counties to help audiences visualize the task. But the map revealed a glaring hole—or rather, two glaring holes. 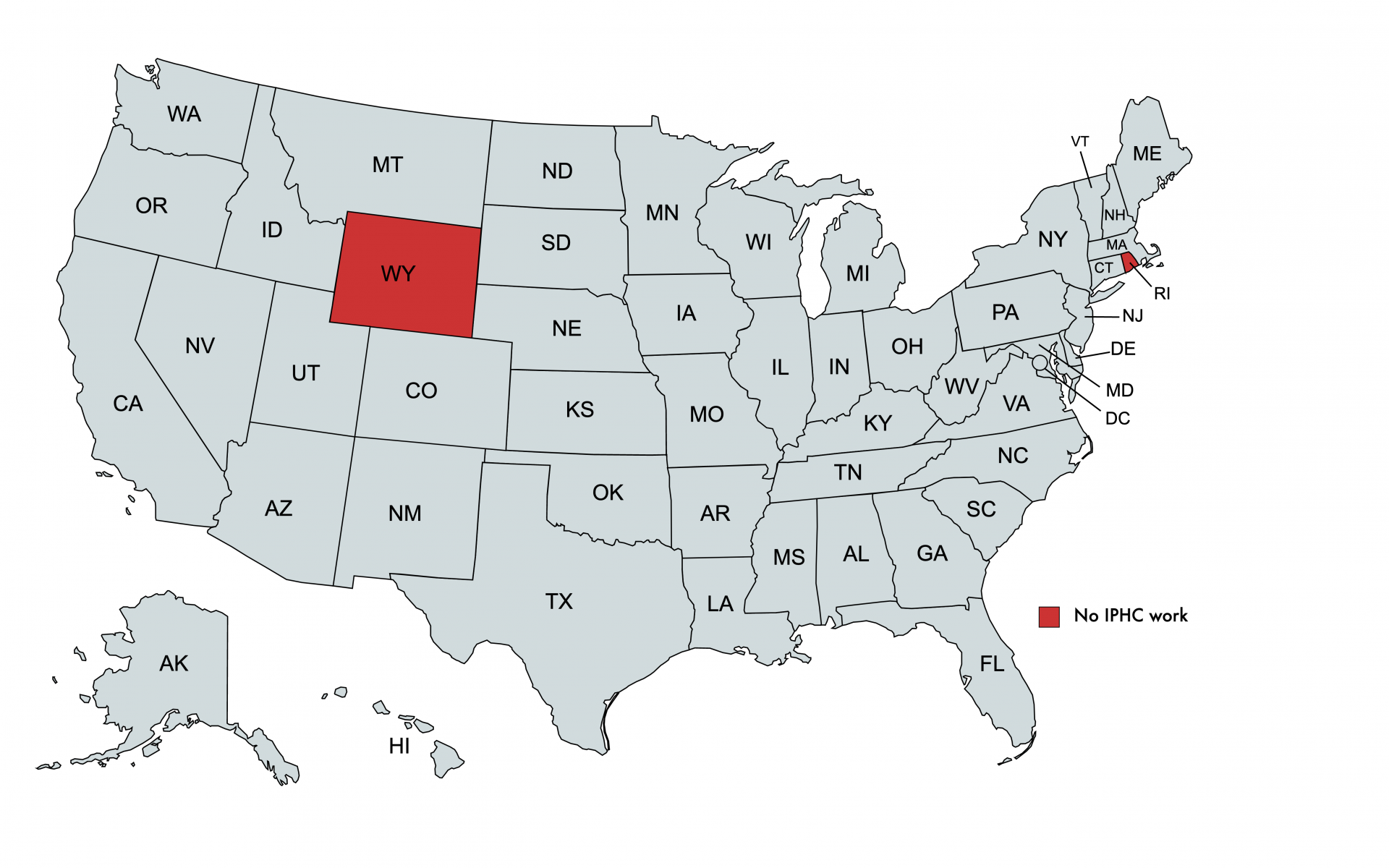 Two US states, Rhode Island and Wyoming, have no IPHC work.

Two US states—Rhode Island and Wyoming—have no IPHC work at present.

Over the last century, the IPHC (founded as the Pentecostal Holiness Church in a 1911 merger) has grown from a small association of churches to an international denomination of nearly 1.8 million members. So while that map might seem discouraging, Bishop Beacham saw something different. “As I … look at this map of the IPHC,” he said, “I see opportunity. It’s an opportunity for us to reach lost people.”

The “empty” states came up again at a recent planning meeting. The IPHC’s four general ministries (General Superintendent’s Office, Discipleship Ministries, World Missions, and Evangelism USA) agreed to focus prayer and action on these two states ahead of the denomination’s 29th General Conference. As a first step, the attendees determined to consider sending prayer teams to each state’s capital in summer 2021.

As the GMC prepares for cultivating two new ministry fields in the US, and looks with hope toward new churches in these two states, Bishop Beacham invited the entire IPHC to join in praying for God’s wisdom and favor in Rhode Island and Wyoming, and that God would make new ministries possible before the Jacksonville (FL) General Conference in July 2022. 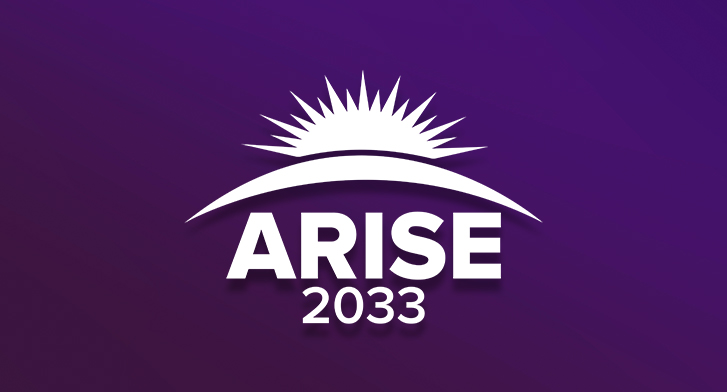 Arise 2033 seeks to see IPHC ministries in 75% of US counties. In 48 of the 50 states, that task is well underway. But in Wyoming and Rhode Island, the work hasn’t even begun. So the challenges facing this church planting effort are significant. Time is short, the IPHC needs significant resources, and no existing IPHC church plant has targeted either state.

The states themselves also present challenges. Quintessential “east” and “west” states, one is coastal, while the other is split by the Rockies. One dwarfs the other in size, but has half the population.

But they are similar in other ways, as the following statistics show. One thing is certain: Both states can benefit from IPHC ministry efforts.

As you join the IPHC in prayer, consider the following state facts.

Despite being the 9th largest state, the “Equality State” ranks 50th by population, with just over 575,000 residents as of 2019. (The state’s nickname points to its history. It was the first state to grant women the right to vote and hold office.) Half of its land is owned by the federal government. The fifth-largest American Indian population, a coalition of the Eastern Shoshone and Northern Arapaho tribes, governs the Wind River Indian Reservation.

The population is predominately white, but Hispanics are the fastest growing demographic in a state that hasn’t grown much in the last decade. A third of Wyoming’s population lives in its five largest cities: Cheyenne (the capital), Casper, Gillette, Laramie, and Rock Springs. 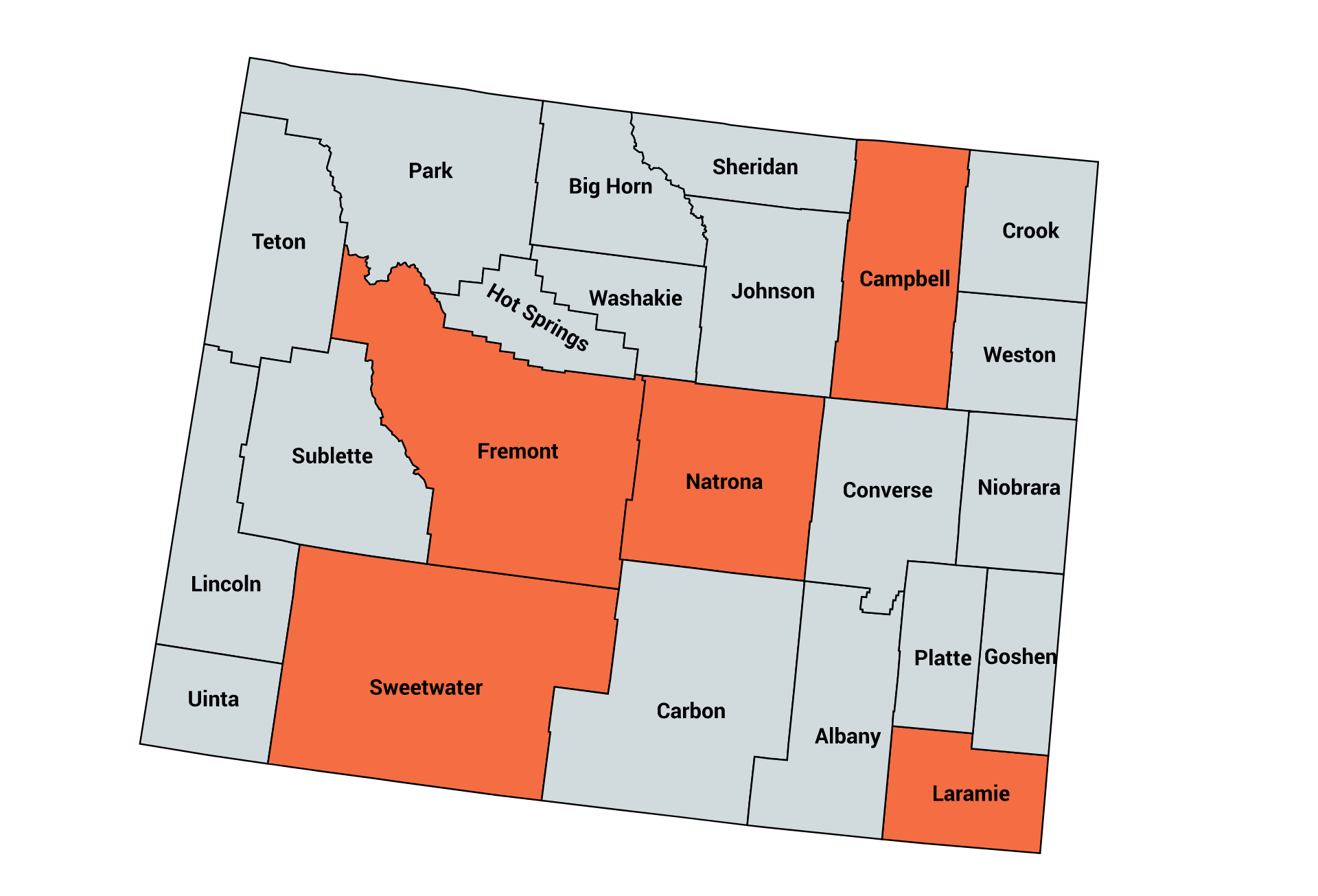 The state needs more vibrant churches. Statistics from the Pew Research Center suggest that although Wyoming boasts a widespread (71%) identification with Christianity, a significant portion of the population would be considered “unchurched”:

• 26% are religious “nones”
• 60% do not attend church regularly, a third of which attend “seldom or never”
• More than half say right and wrong depend on the situation

Despite being a fraction of Wyoming’s size (just 1,034 square miles), the Ocean State boasts over one million residents—twice the larger state’s population! It’s the smallest state in the Union, but has the second highest population density, behind New Jersey. 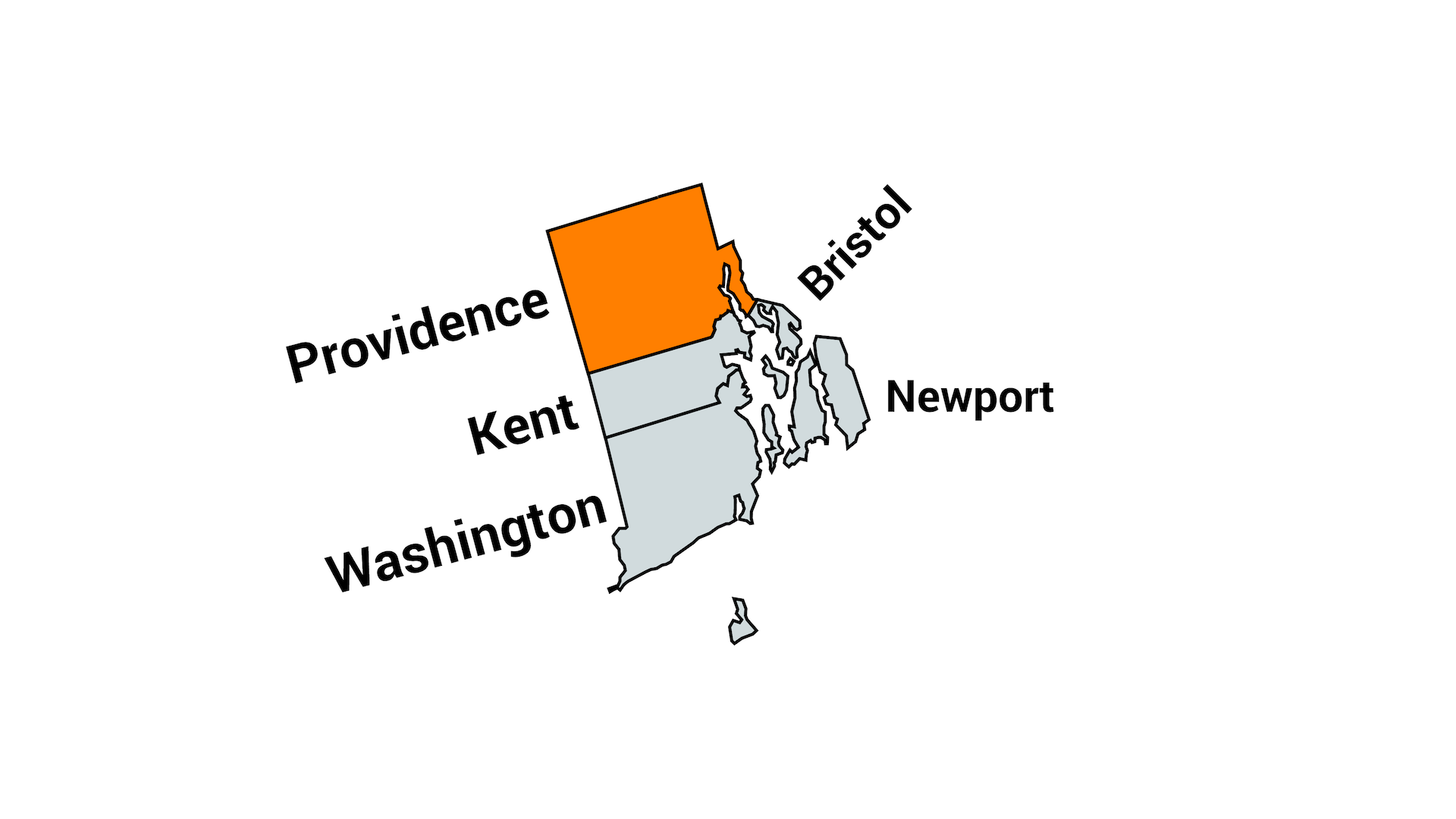 Rhode Island. Over half of the population lives in Providence County (highlighted).

Rhode Island is overwhelmingly white. But some other demographic facts make it an unusual mission field. The state also boasts the highest percentage in the nation of Americans of Portuguese ancestry. More than 15,000 Liberian immigrants—most refugees from Liberia’s decades-long civil war–reside in Rhode Island, most in the capital of Providence.

Spiritually, Rhode Islanders are similar to Wyoming’s residents. They have about the same percentage identifying as Christian (75%) to Wyoming, but nearly half are Roman Catholic.
• 20% are religious “nones”
• A little over 60% do not attend church regularly; 35% “seldom or never” attend
• 62% say right and wrong are situational; and 2/3 rarely read the Bible

The IPHC wants to see a new church planted in each of these states. These churches will serve as beachheads for state evangelism, bringing them into play for Arise 2033’s goal of an organized IPHC ministry in 75% of US counties.

Will you commit to praying for Wyoming and Rhode Island, especially during the months of June and July? Here are some initial requests.

(If you’d like to financially support the planting of either of these churches, please contact EVUSA Executive Director Garry Bryant.)