The Battle for Life Continues

​The mid-term elections in the United States have ended. Well, they have almost ended; one US Senate race and a handful of US House seats remain undecided. The Democratic Party will maintain control of the Senate and the Republican Party will control the House of Representatives. In the meantime, presidential hopefuls, new and old, have announced their candidacy or are in the process of testing the electoral mood.
​Whether you are happy, disappointed, or even insouciant about the results, it is clear that we remain an extremely divided nation over certain issues. ​Numerous matters, over which we should be concerned, motivate us to pray and be engaged in the political process.

For instance:
​- Care for the hungry and poor
​- Balancing national border security while caring for the “stranger” within our borders
​- The threat of nuclear war
​- Continued conflict concerning sexual identity and practice
​- Abortion on demand

​I wish to focus on the last item in this list. Many of us will gather in Falcon, North Carolina, Thanksgiving week for the IPHC Harvest Train. With Covid restrictions in the rearview mirror, we will gather again to give thanks to God for the numerous benevolent ministries that are part of the facilities in Falcon and Turberville, South Carolina. 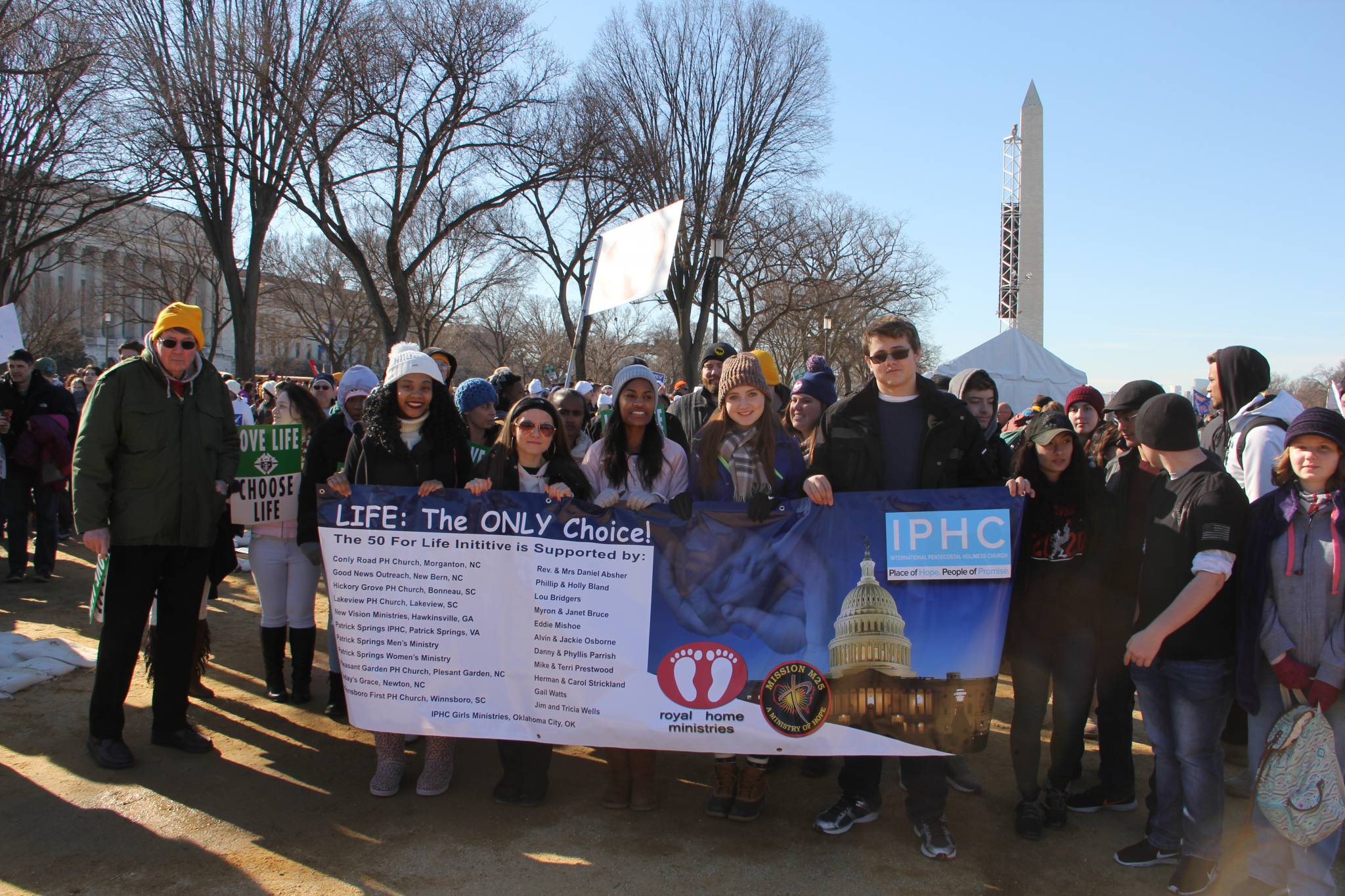 IPHC at the March for Life

​Royal Home is one of those truly significant ministries. People from across the United States participate in the support of this facility by providing funds, diapers, and other needed items through the efforts of IPHC M-25. This is one of several IPHC proactive prolife entities that offer alternatives to abortion, providing care and education for mothers.

​Following the Supreme Court Dobbs decision in June of this year, prolife advocates thought the major battle against abortion had been won. In reality, the battlelines merely shifted to the local states. Evidence shows that in some states, abortion clinics have closed and abortions have decreased. However, women may be traveling to states that allow the procedure to end their pregnancies.

​What I have found most concerning is that in the recent elections, in state and Federal court decisions as well as in the Congress, a strong push remains to expand abortion through the entirety of pregnancy, including the live birth of a baby.

​Are we at a stage in the United States where our moral compass, our sense of each person holding the image of God, is so diluted that we have no spiritual foundation upon which to stand that gives us a fundamental unity about life? If that is the case, our witness as children of God is more important than ever. It is a witness that must be willing to go the extra mile to help women facing difficult decisions.

​It must be a witness willing to be ridiculed, mocked, rejected by our communities and neighbors.

​It must be a witness that knows how to articulate arguments rationally for the life of a new and different human being in the womb.

​It must be a witness based on the hope of the gospel that where sin abounds and continues to grow, there is the mystery of grace that increases all the more (see Romans 5:20).

​So, this Thanksgiving, as many of us gather in Falcon and in our homes, let us not despair. Rather, let us give thanks that we can express our hopes and desires for the life of the unborn, and our love for the women who are confronted with life and death decisions.